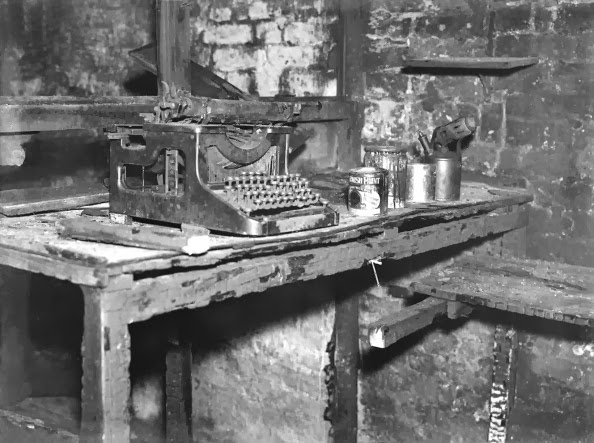 This typewriter (a Remington?) looks very much the worse for wear after the rented London suburban garden shed in which it sat on a wooden desk was torched on a deep winter's evening on Tuesday, January 3, 1933.
A candle had been lit among the papers strewn across the floor beneath the desk. Paint and oil had been splashed over the paper, the typewriter, the desk and the high stool which stood in front of it.
When firemen had finally doused the blaze at 30 Hawley Crescent, Camden*, they found sitting at the typewriter were the charred remains of a man. 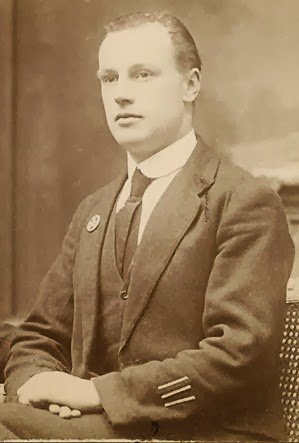 The typist: Samuel James Furnace
Police believed that man was father-of-three Samuel James Furnace, a 39-year-old Camden Town jobbing builder, and that he had ended his own life because of mounting debt.
They were soon to be proved wrong.
Found on the platen, surprisingly unharmed by the fire, was a suicide note which had certainly been typed by Furnace. It said, "Goodbye all. No work. No money. Sam J.Furnace."
That the typewriter had shielded this note from the flames around it helped unlock what British newspapers at the time dubbed the "Chalk Hill Blazing Shed Murder Mystery". 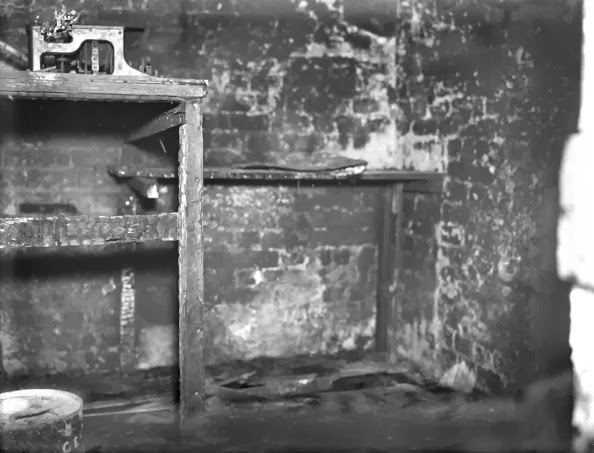 With a label like that, the Fleet Street Press had no doubt taken their cue from some of Agatha Christie's stories. And Christie repaid the compliment, working into one of her murder mysteries the bizarre truth of how a bullet-riddled young rent collector Walter Spatchett - and not Furnace - came to die in that shed.
The credit for unravelling the Chalk Hill Blazing Shed Murder Mystery has gone to St Pancras coroner William Bentley Purchase, who began to suspect something didn't quite add up after police announced that Furnace had suicided. But the fact that Furnace's typed note had survived the fire was critical to cracking this famous case. 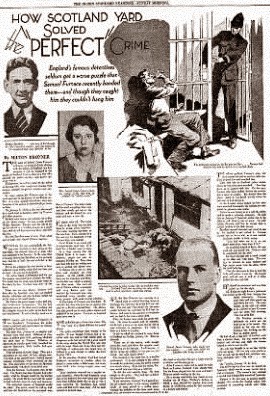 When Purchase, closely inspecting the note, decided he should have a look at the corpse, he found the teeth of a much younger man (Spatchett was 24**), and a man with three bullet holes in his back below his right shoulder. A man with a post office savings book in his pocket, belonging to Spatchett, of 43 Dartmouth Park Road, Highgate.
Furnace, meanwhile, had scuppered to Southend-on-Sea. There he contacted his brother-on-law, Charles Tuckfield, asking for money and clothes. Tuckfield told police and on January 15, 12 days after his faked suicide and murder of Spatchett, Furnace was arrested. 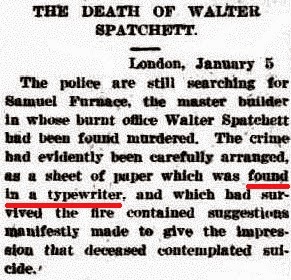 Bear in mind these reports appeared AT THE TIME of the murder.
Subsequent stories have got this vital detail completely wrong. 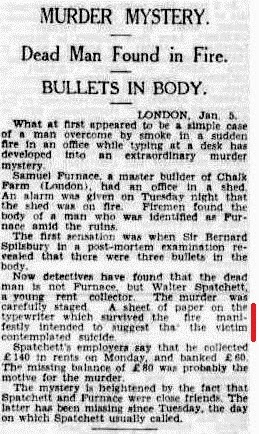 But Furnace escaped the gallows. In case of just such an emergency, he had taken the precaution of sewing a bottle of hydrochloric acid into the lining of his coat. And in a holding cell at the Kentish Town police station on January 16, he swallowed the spirits of salts and was found in a writhing heap on the floor. He died the next day. His last words were, "My dear wife". He didn't type them. 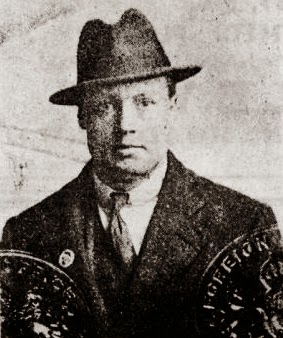 Sam Furnace
*The shed, which Furnace used as an office, was right beside where the BBC MTV Studios (17-29 Hawley) are today.
**The ages of the two dead men are incorrect in previous reports; Spatchett was born in April 1908; Furnace in April 1893.

Posted by Robert Messenger at 18:57

I think the typewriter is an L.C. Smith & Corona.

Wow, what a tale!

Hydrochloric acid .... not a pleasant way to die. Neither is fire, of course.

Interesting mystery story. At first I thought spontaneous human combustion, but then I read the shed was on fire.

I'm guessing the body fell over top of the typewriter so the paper was preserved.

I agree with Richard. Drinking hydrochloric acid is not a very pleasant way by any name to commit suicide. That would be one horribly slow painful death.

Terric mystery well-told. Thank you, Robert. I can not By the way, I think the typewriter in the photograph is a Yost # 15 or # 20. I still can not belueve the irony of the man's surname, Furnace, and his fate!

Ooops, not Furnace! the irony is lost, but the story no less interesting! Great stuff!

Very interesting story! Which Agatha Christie Novel did it inspire?