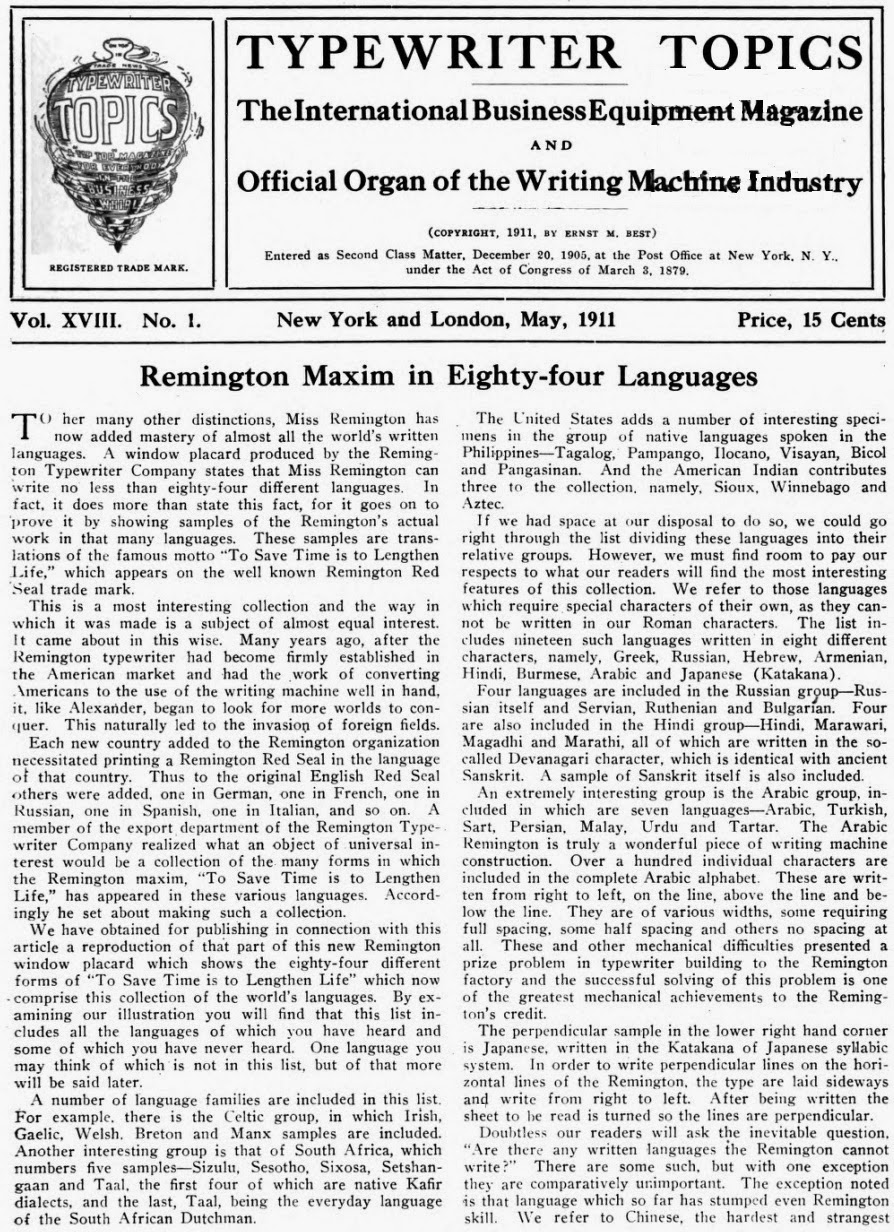 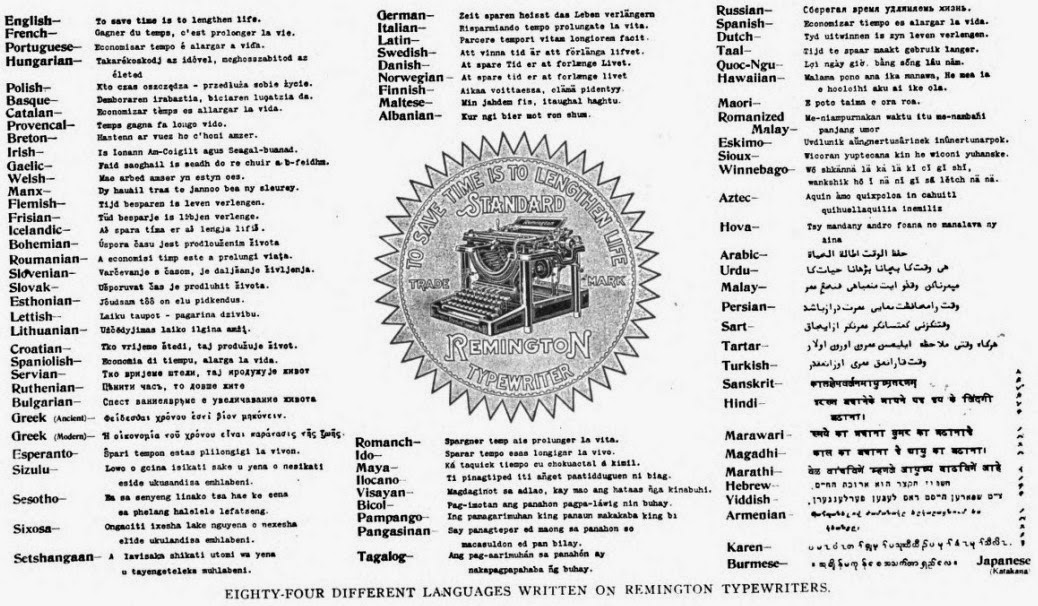 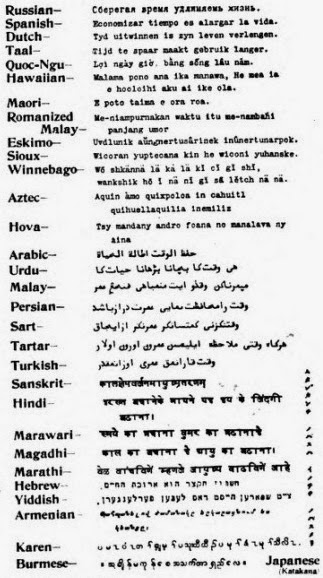 I can see that Remington has 'cheated' with at least one of its claims here. Māori was never a written language, but one in which symbolic meanings embodied in carving, knots and weaving were widely understood. So it can hardly be said to be a different typewritten language from English - written Māori is simply an English language interpretation of spoken Māori words. Unwritten Polynesian language was reduced to writing by early missionaries in various island groups during the first half of the 19th century, with the Polynesian sounds represented by English letters.
Posted by Robert Messenger at 09:00

Ah crap. There's 84 machines there that I'm going to have to look for now.

What? No Japanese or Chinese???

Make that 83, Scott, you can write Maori on any Remington.
Bill, there is Katakana (not the same thing, I know).

That would indeed make for one heck of a collection. Certainly would like to see a series of these machines on display.

Many of the native's writing systems in the United States were created by missionaries, and could be written with a standard keyboard. (the Hawaiian alphabet, for example, has only 18 letters)

It's a shame they didn't have a keyboard for the Cherokee alphabet, which was actually designed by a Cherokee.

Another language that Remington is double dipping on is Hebrew. It says it has machines for both Hebrew and Yiddish, but the typing sample for both languages is only typed with a Yiddish typewriter. The last word of the Hebrew line is typed with a key only available on a Yiddish typewriter--a double letter combination, the double yud. In researching the history of Yiddish typewriters, it seems that the modern-day Hebrew keyboard layout derived from Remington's original Yiddish keyboard layout, only subtracting a couple superfluous keys, like this double letter key. Thank you for posting this!