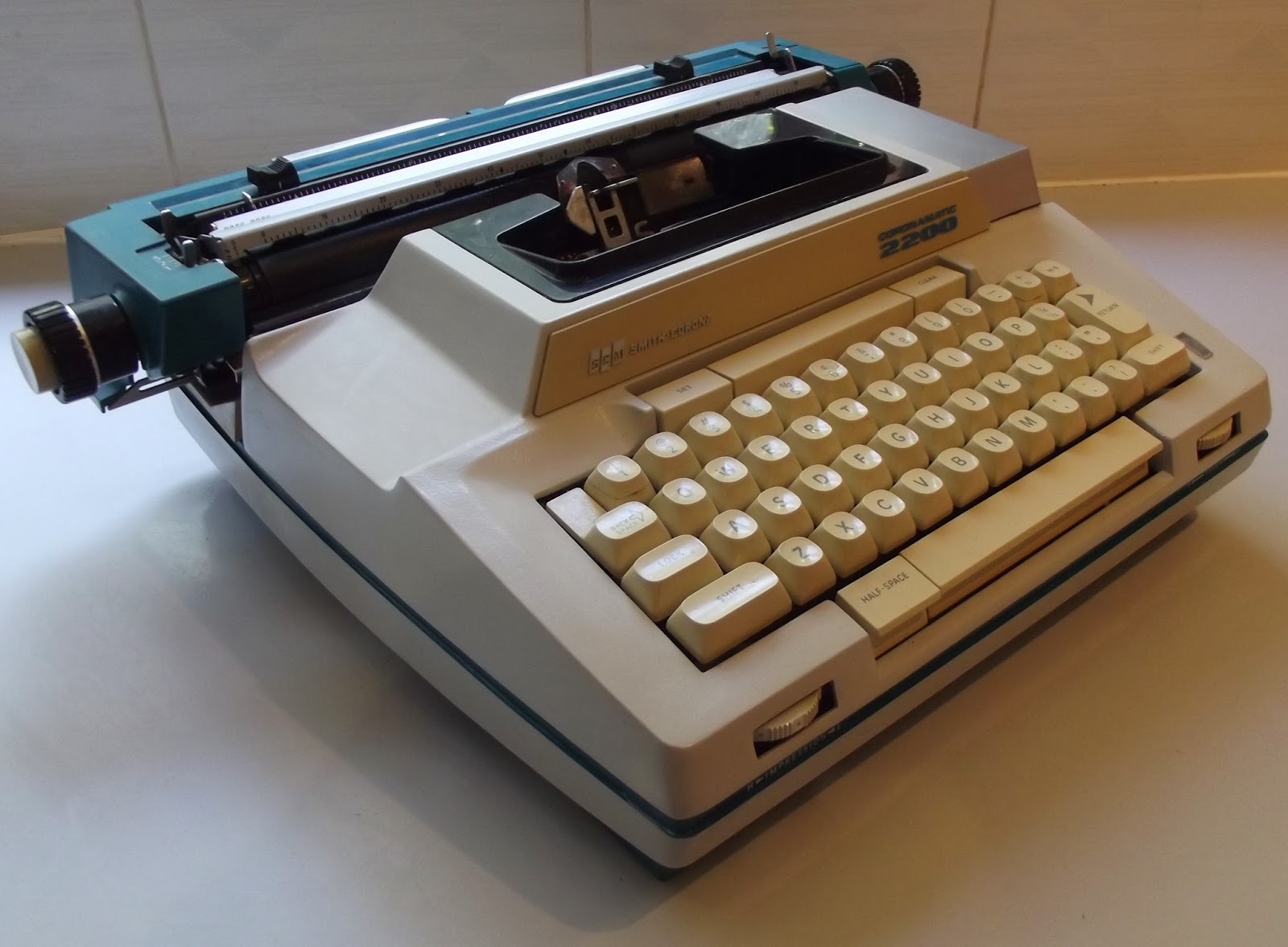 Before I get to the ill-fated Smith-Corona Coronamatic 2200 (above), a bit of background on other electric typewriters retrieved last week from my storage shed ...
I clicked on the link Nick Beland kindly sent with his second comment on my Robotron (Erika) electric post - and to my amazement found the Olivetti Lettera 36 for sale on shopgoodwill.com had indeed been made in East Germany. Who knew Olivetti had crept under the Iron Curtain to make its typewriters? And not just any manufacturing plant beyond the Berlin Wall, but the Robotron one.

All this started with what was a casual observation on my part, that the Robotron's carriage looked identical to the Lettera 36's. No wonder I had thought that way. Thanks to Nick's keen eye, we now know they are indeed the same carriage, part of Ettore Sottsass' 1969 design for the Lettera 36.
My aside on the Lettera 36 carriage prompted Nick to recall that he had seen an East German-made machine which looked like a Lettera 36 but had no ribbon cover, which prevented him from positively identifying it. He was naturally curious about the likelihood of an East German-made Olivetti. Then he confirmed his suspicions by finding this one listed for sale: 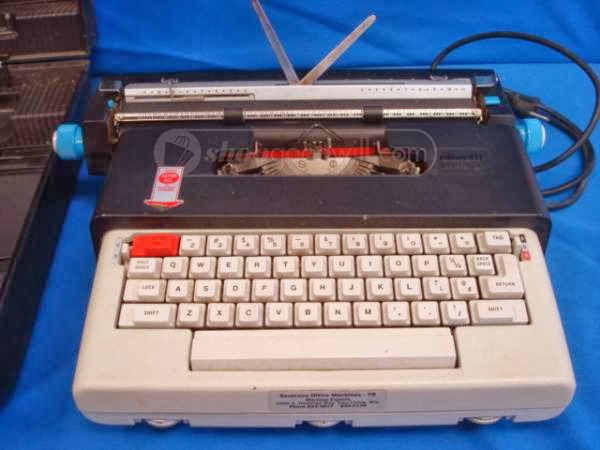 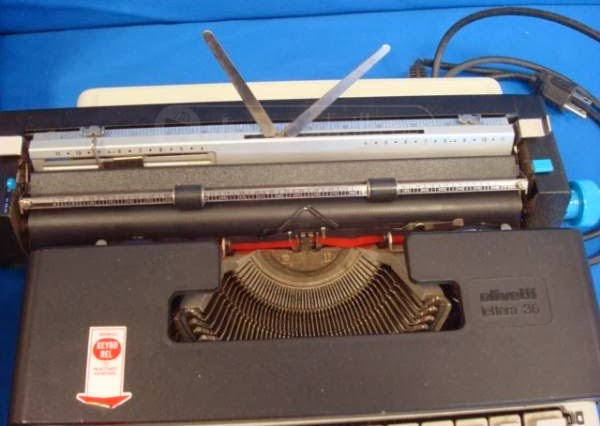 Above: The East German-made Olivetti Lettera 36 for sale on shopgoodwill.com. Below: My Robotron Erika 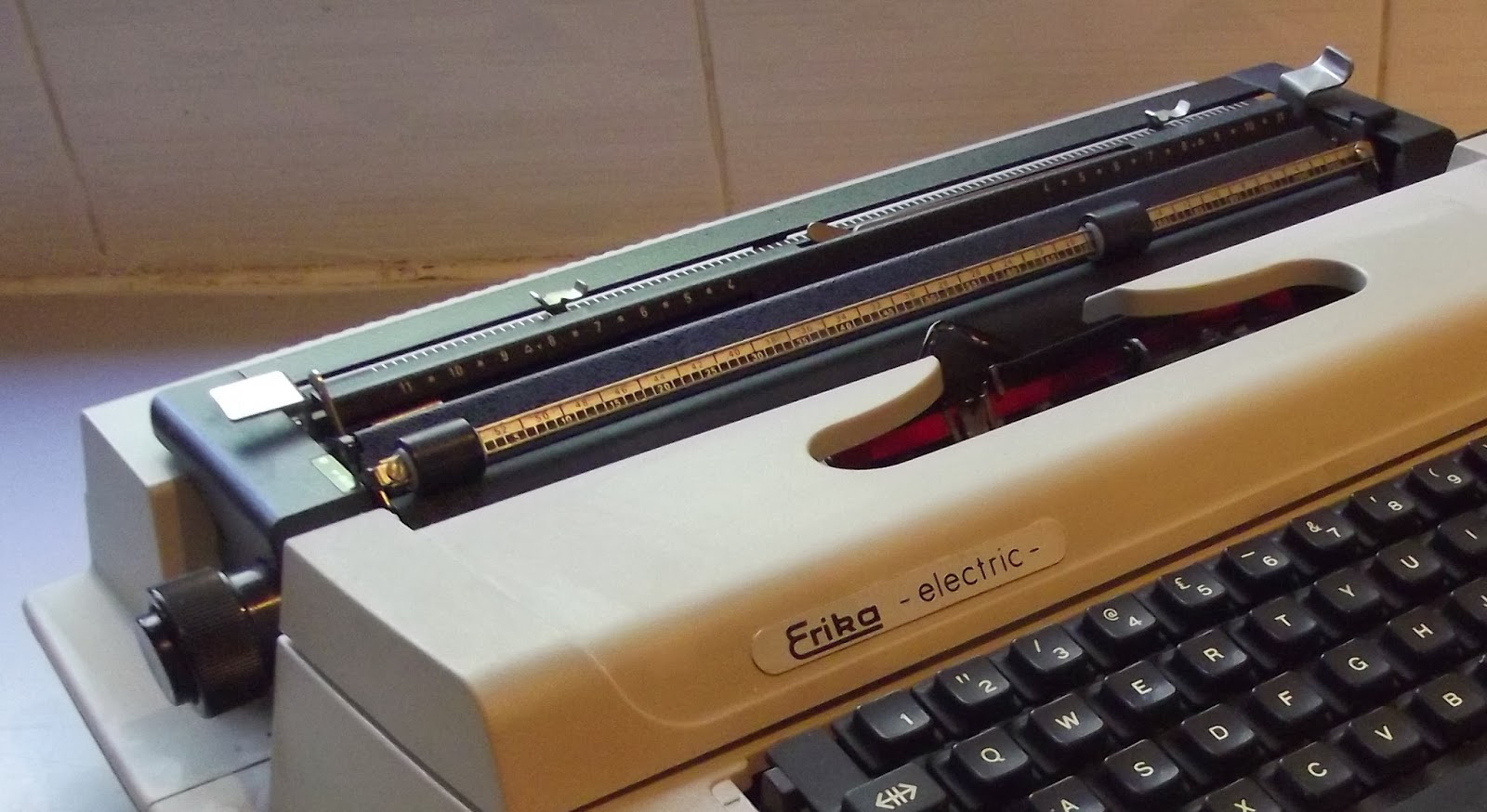 Below, my Spanish-made Lettera 36 on top of the Robotron Erika. The carriages are the same, right down to the margin locks and the ridge on the paper guide. 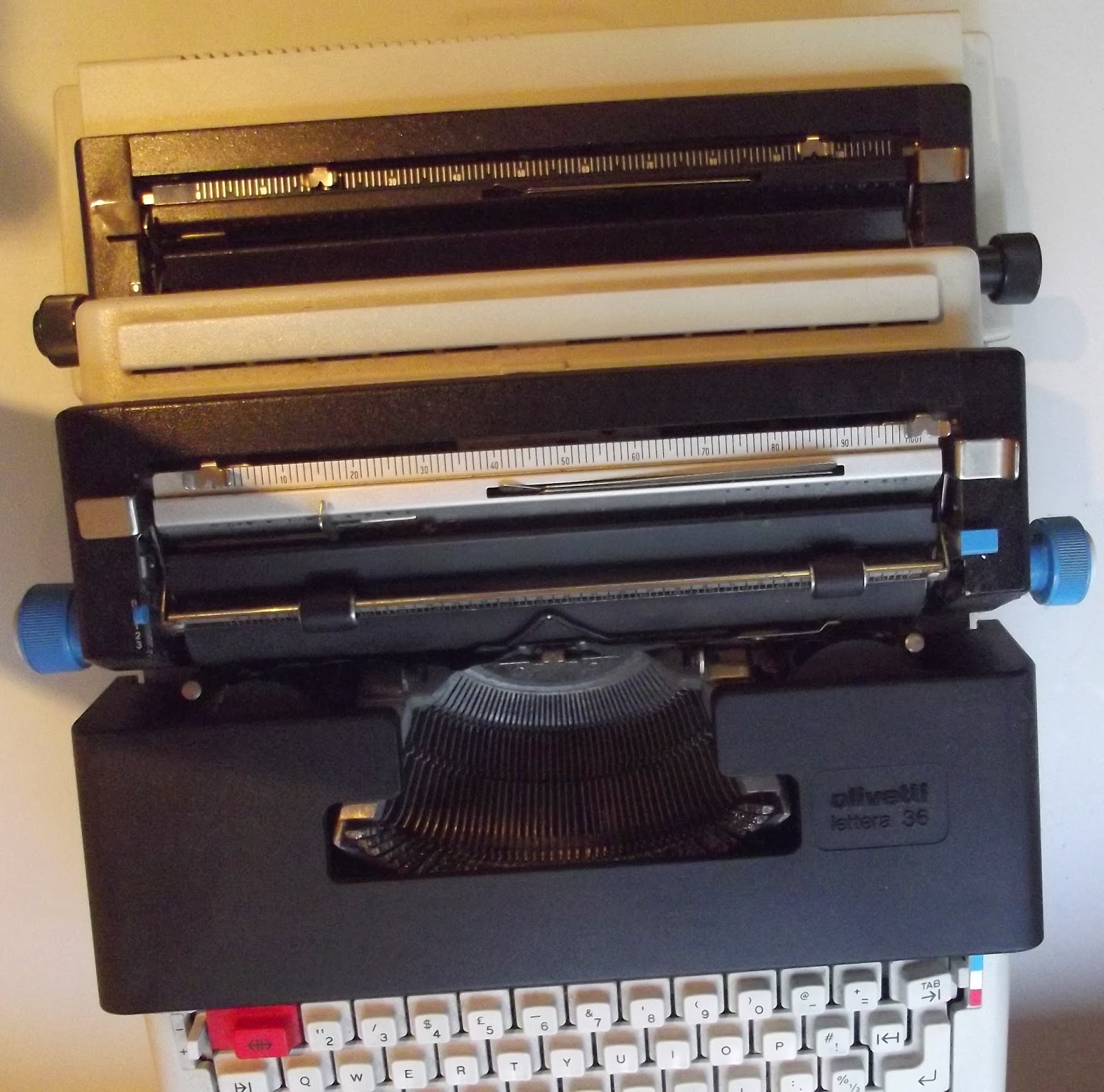 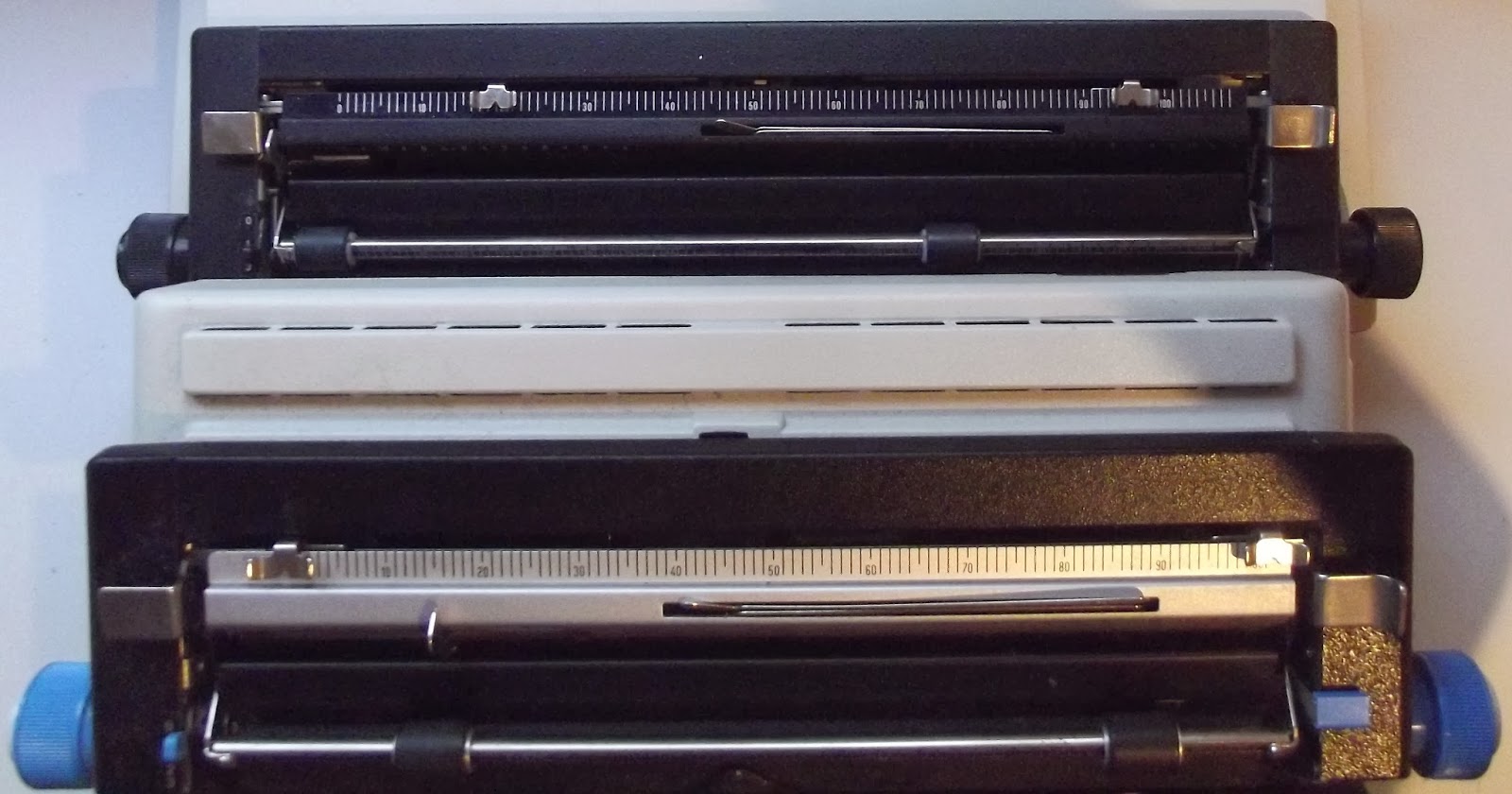 Anyway, I had vowed on my Robotron Erika post to try out more electric typewriters which are stored downstairs, before getting rid of them. And by I should have realised was a portentous coincidence, when I clicked on the link Nick had sent me, there on shopgoodwill.com, alongside the East German-made Lettera 36, was a Smith-Corona Coronamatic 2200.
I had already spotted a Smith-Corona Coronamatic 2200 in a large, heavy case close to the sliding door of my shed. It had looked promising, and when I interpreted the sight of one on shopgoodwill.com as a good omen, I raced downstairs and grabbed it. I like its colours, especially the teal carriage section. 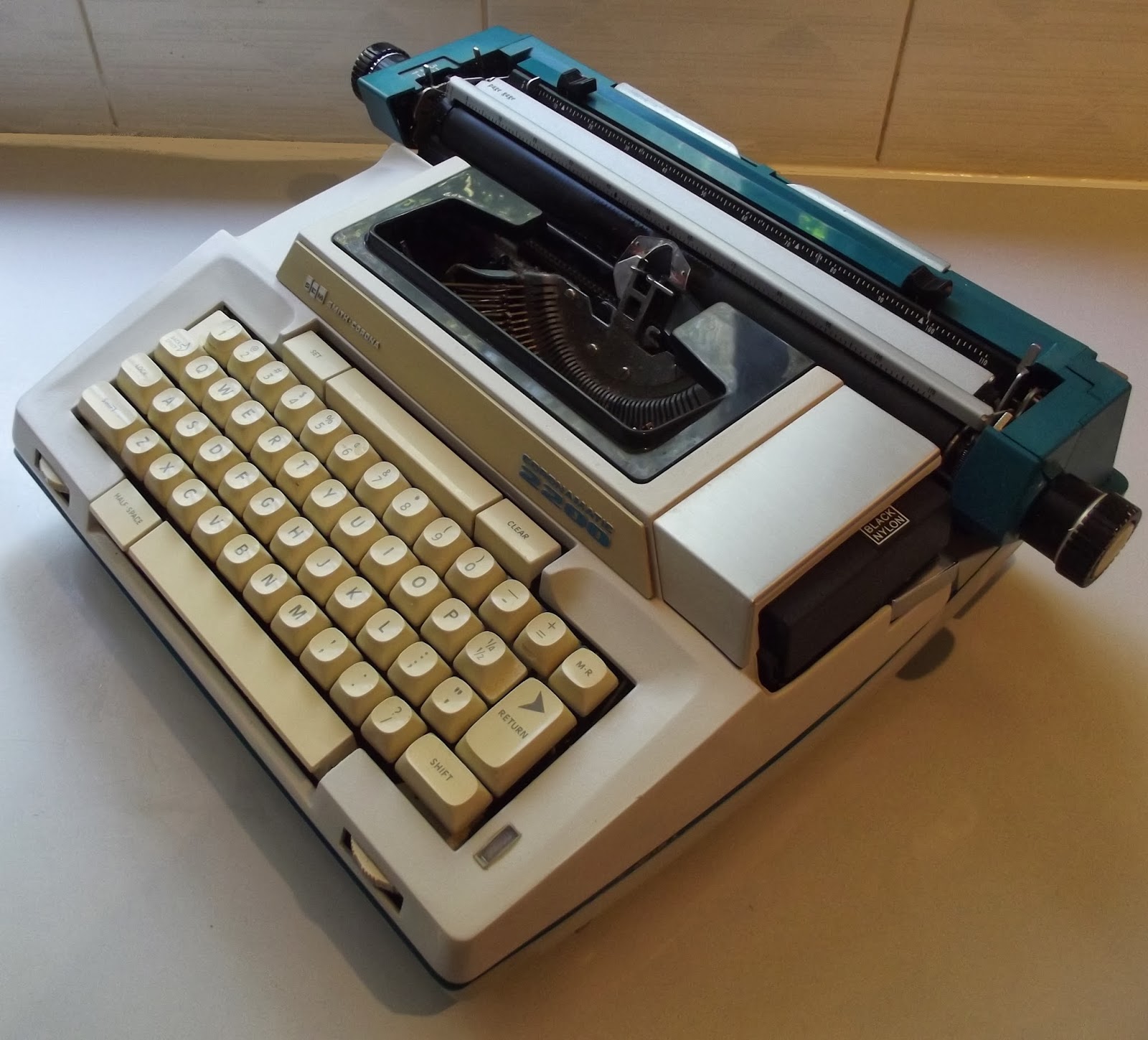 I wondered how I was going to get around the problem of the ribbon cartridge, which I presumed would be dry, but figured I'd be able to work out something, even if only for a very short typecast.
I really liked the arrangement of the carriage release levers being these chromed inserts on the back of the carriage. They felt good, and a good way to move the carriage. 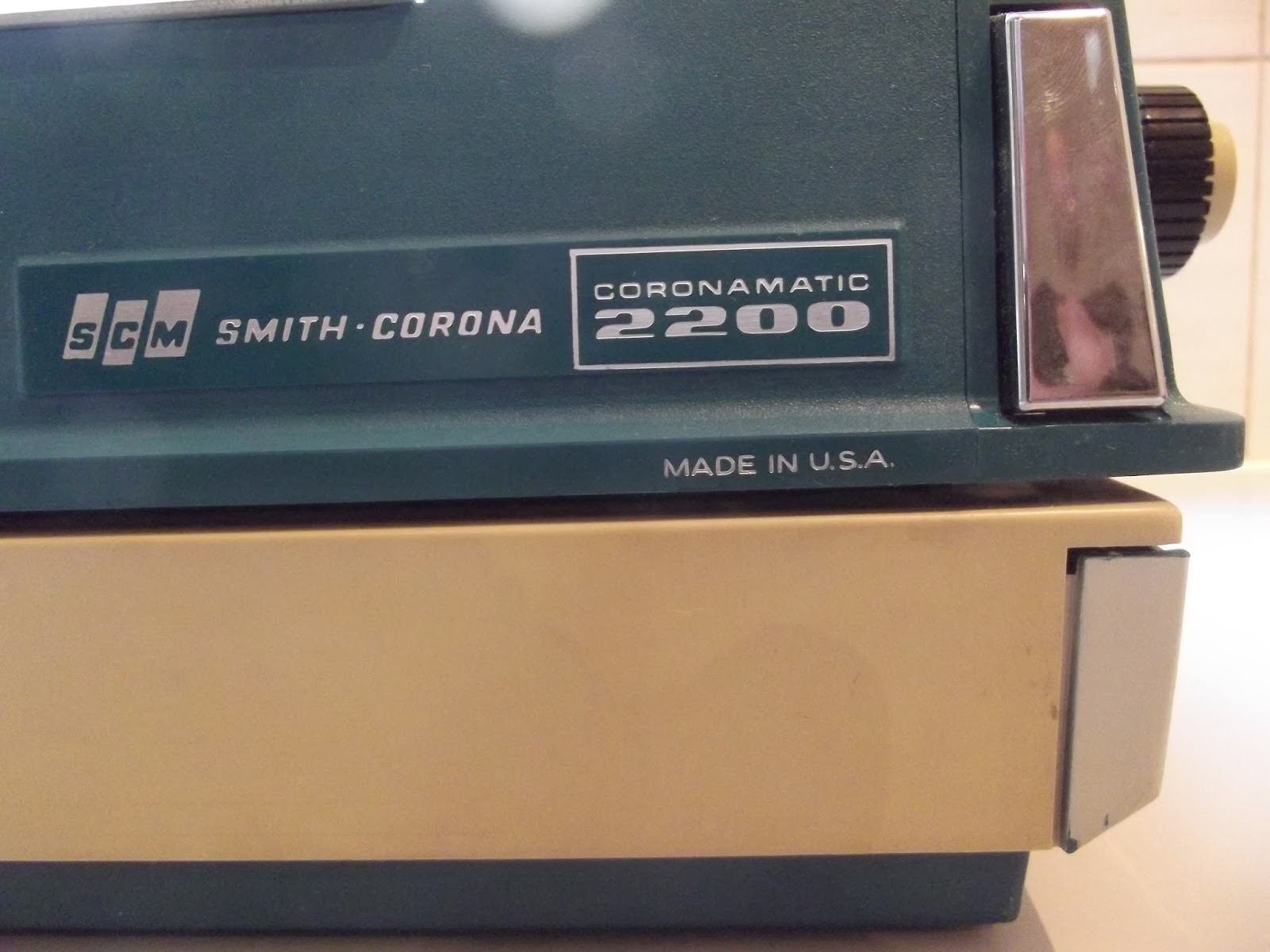 Indeed, I really liked the feel of everything about this typewriter, so much so I was eager to try it out. But the power plug was one of those two-pronged US ones. No worries, said I in my haste, I'll just change it ...
Wait, wait, wait, Robert ... I hear you cry.
Too late! I cry back.
Yes, once again (as I had done some months ago with the Smith-Corona 5TE Ted Munk had helped me fix) I didn't stop to consider the voltage difference.
Gee, this typewriter was typing beautifully for the few seconds I had it operating ... (I wish I'd got a typecast out of it!)
Suddenly, from the left side of the carriage, white smoke started to billow out in large clouds, enough white smoke to signal the election of the next 20 Popes.
The smell filled the room. It was dreadful!
I'd cooked another Smith-Corona typewriter motor. 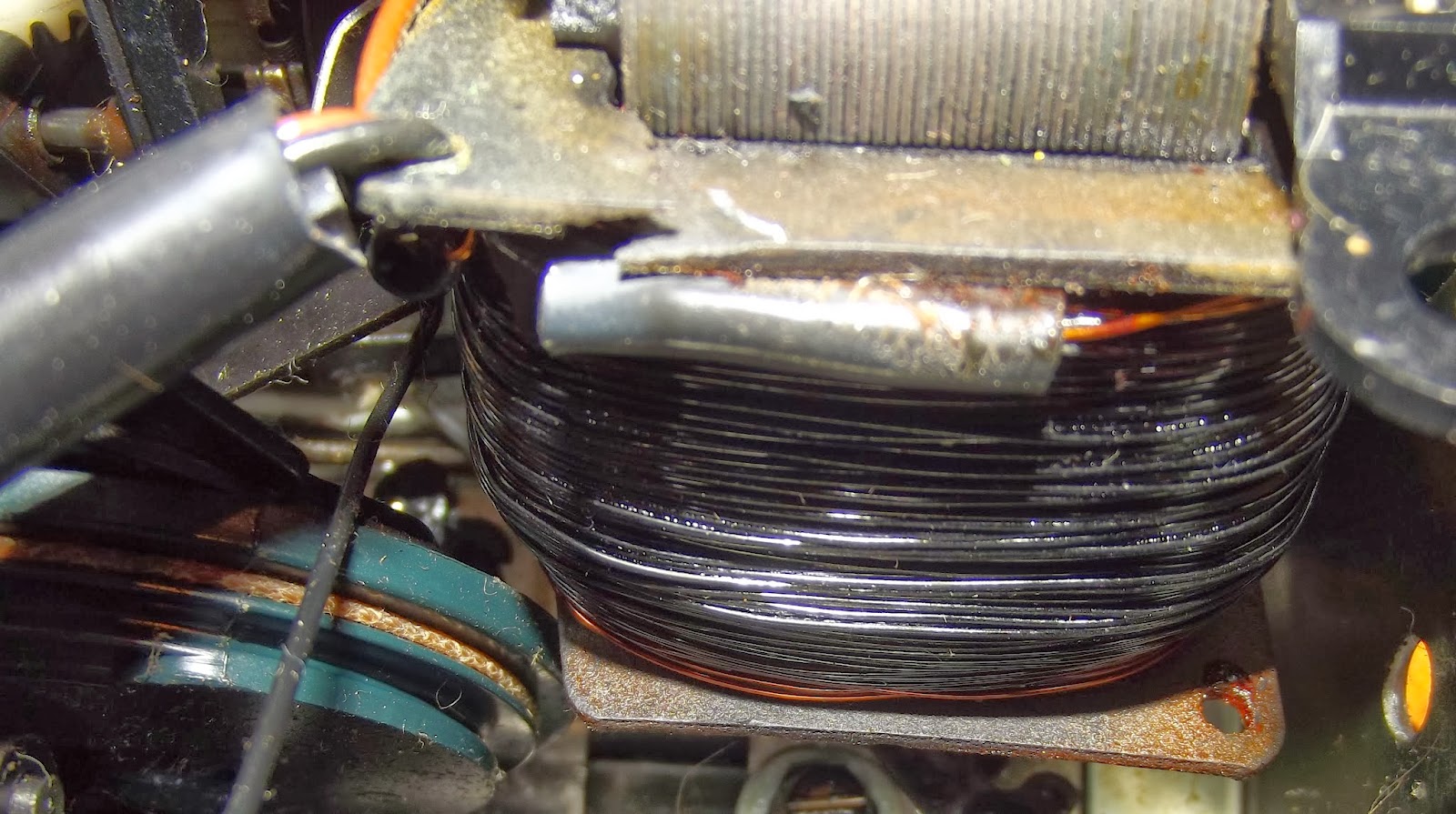 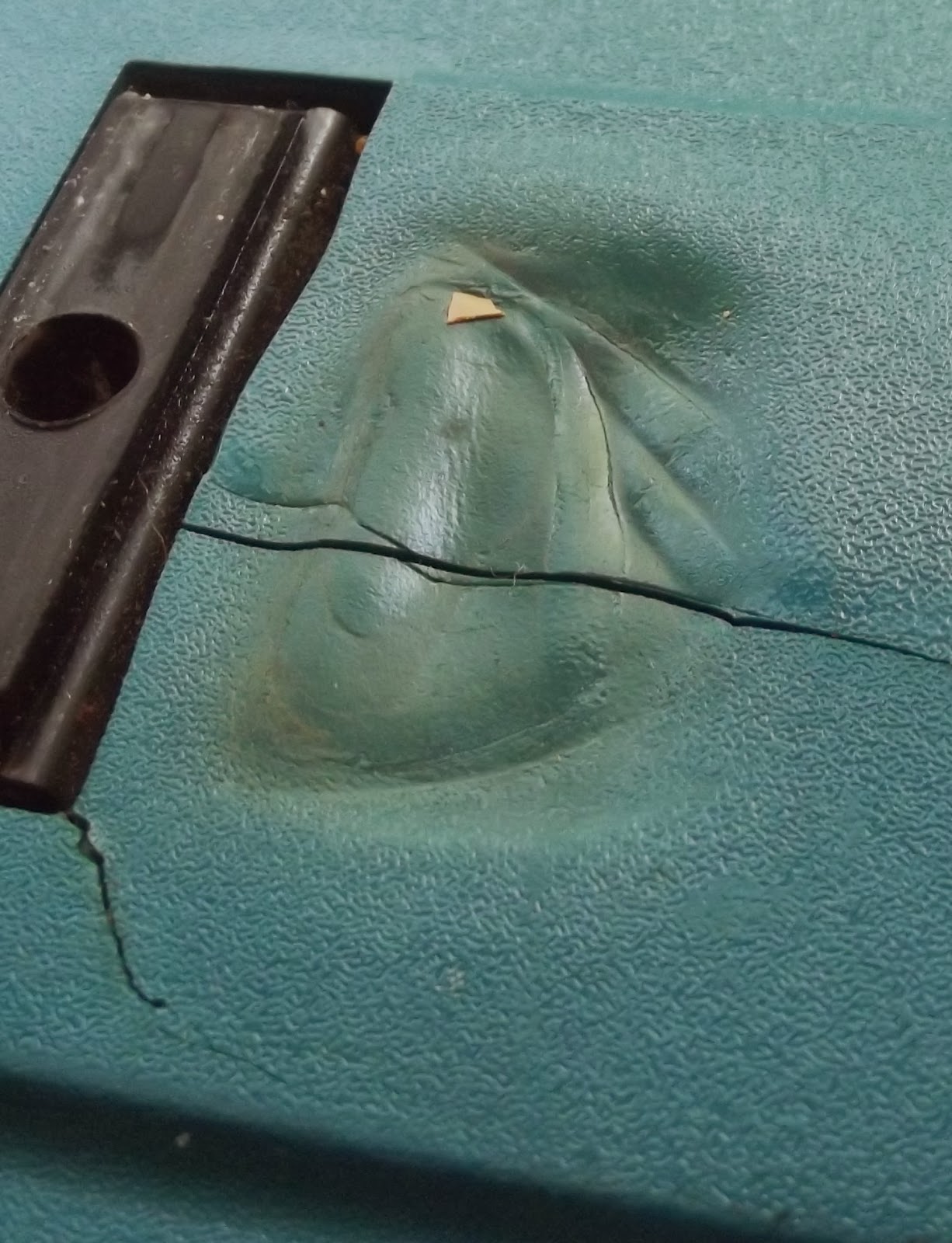 The only outward sign, I later found, was underneath the motor.
Oh well, this was never a typewriter I was going to keep, or to use other than for a short typecast. So I haven't shed any tears over it. Not many, anyway ... 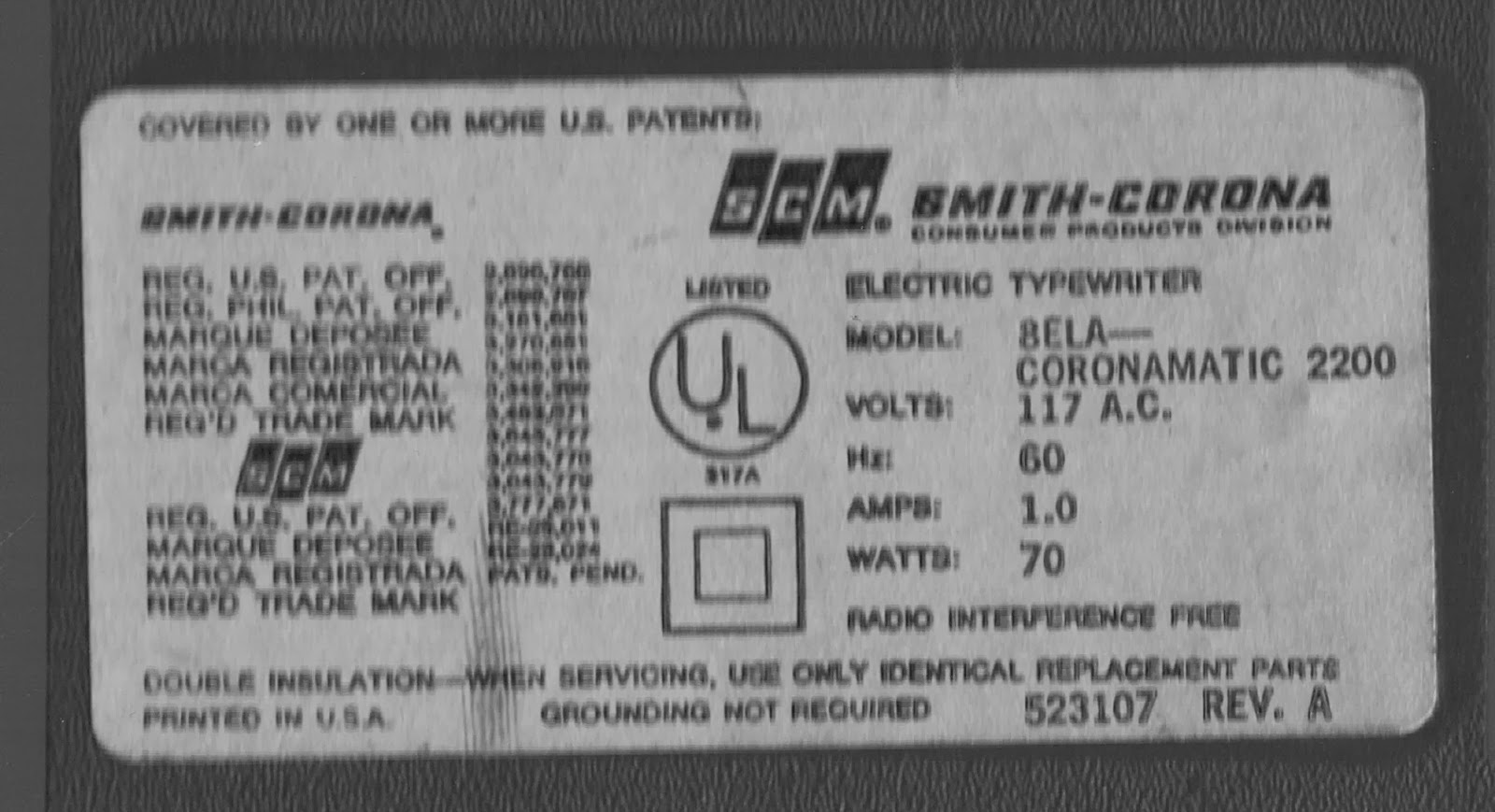 The Smith-Corona Coronamatic 2200 was basically designed by Aaron Charles Zeamer (above; born Colerain, Lancaster, Pennsylvania, June 21, 1915; died Bradenton, Manatee, Florida, September 5, 2006). But the long list of patents under the typewriter stretches back through many developments to Joe Barkdoll's 5TE. Zeamer had worked with Barkdoll (and Hal Avery) at Groton in the early to mid 1950s. The patents advance to Zeamer's final touch, this 1972 cartridge design (note his initial on the top): 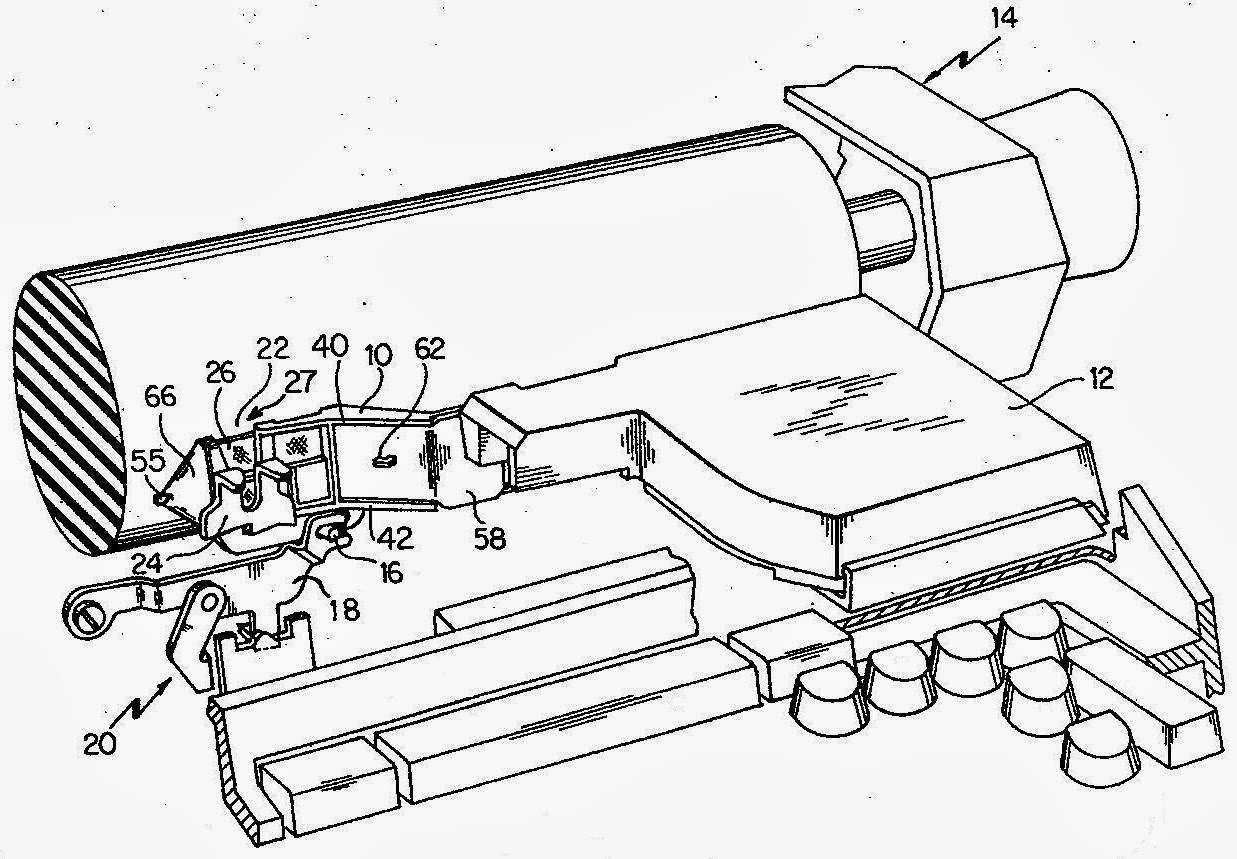 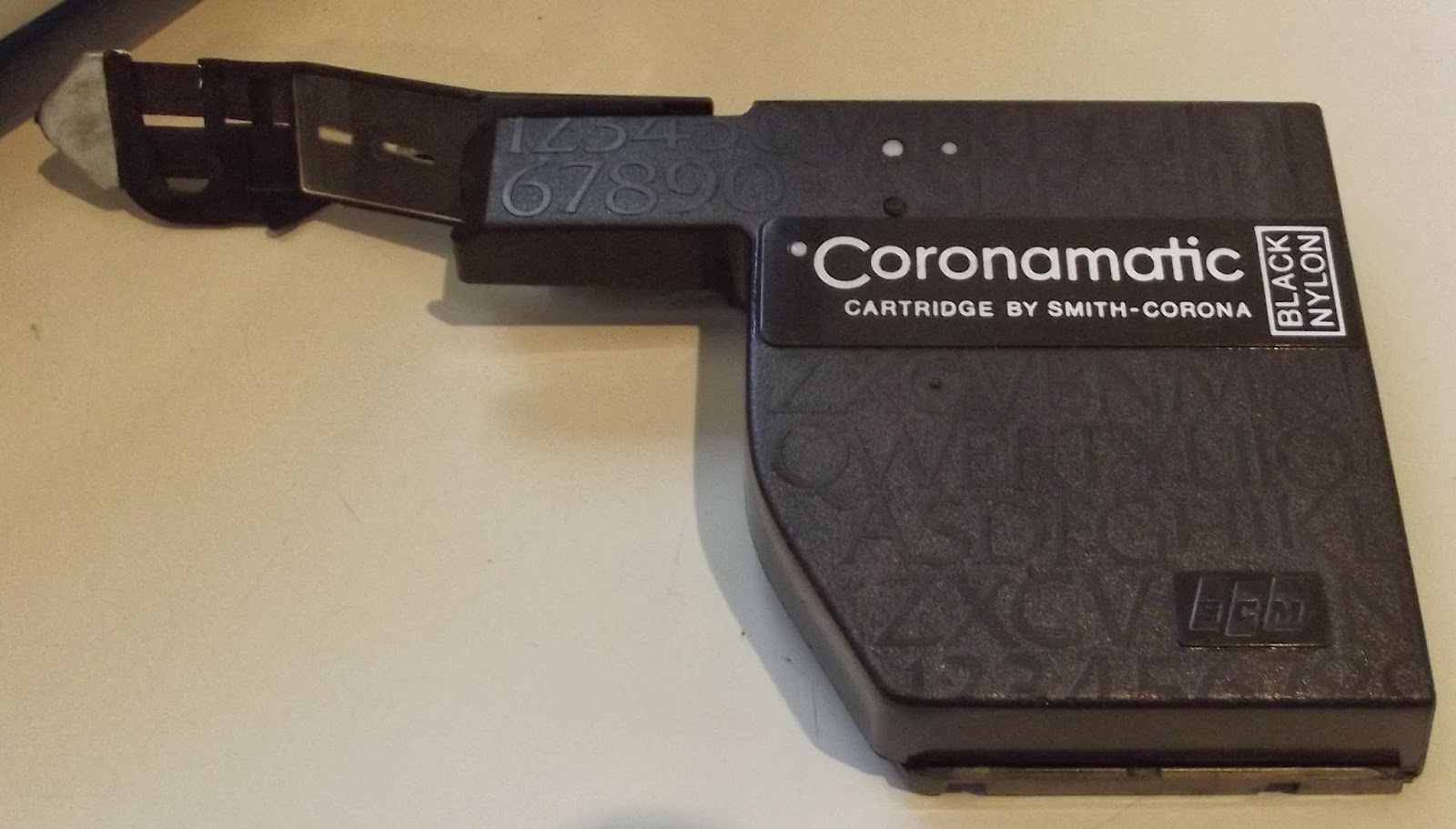 Posted by Robert Messenger at 21:42

Great observations. I'm surprised Ton S. did not notice the Olivetti characteristics. I like some of the designs of electrics. They look sharp, but I doubt I'll ever get another one.

Keep your eyes open for an isolation / step down transformer .25kVA should be large enough to run a typewriter and may not cost much used.

I came across another Olivetti product made in an Eastern country, this Lettera 32: https://www.etsy.com/listing/178040334/extremely-rare-typewriter-1963

Hermes also manufactured late versions of the 3000 in Poland and Hungary.

I have a very similar Smith Corona 1980's? electric, the ELECTRA XT. Actually types very nicely, quick and crisp. I'm not so much into electrics though, it's more to finish out the collection. Sort of a beginning to end sort of thing. O course there isn't much info or history on them, just lots for sale cheap on Ebay, and Etsy.
Do you know if anyone has a timeline, or history of these later units, and/or how to date them?? They seem to be "the lost generation" of typewriters. Thanks, and sorry for the papal burn out!

Ha, it appears it's not just laptops that are capable of billowing out acrid smoke! Glad your house is still in one piece anyhow.

Good Morning. I have a Smith-Corona 2200 typewriter Can I get the user's manual in Spanish? I am from Argentina. Thank you very much!