The Chameleon of Portable Typewriters: The Plastic Nippo 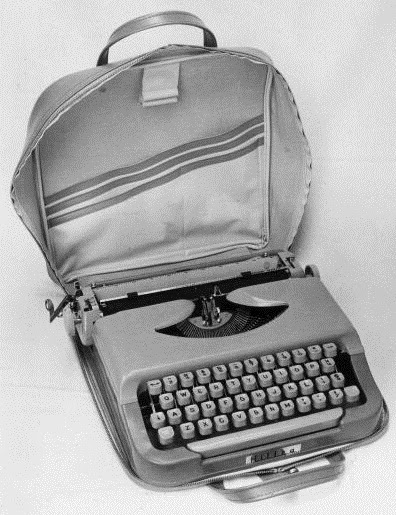 I place a fair amount of store on the dates in captions attached to photographs of typewriters, believing they usually provide an accurate guide to when these typewriters appeared.
In the case of this Nippo plastic portable typewriter in a vinyl case, the date given is 1965, which is actually a bit earlier than I might have guessed. It means the plastic Nippo followed the metal Nippo best known as the Atlas by about three years.
The Atlas model was based on the Royalite, and there are certain similarities between the Atlas model and this plastic Nippo model.
The plastic Nippo probably preceded the metal Nippo best known as the P-100 (Morse) and P-200 (Argyle).
The interesting thing about this plastic Nippo being promoted in 1965 is that five models have been collected by four Typospherians - that we know of - yet no two models have the same name. Weird! 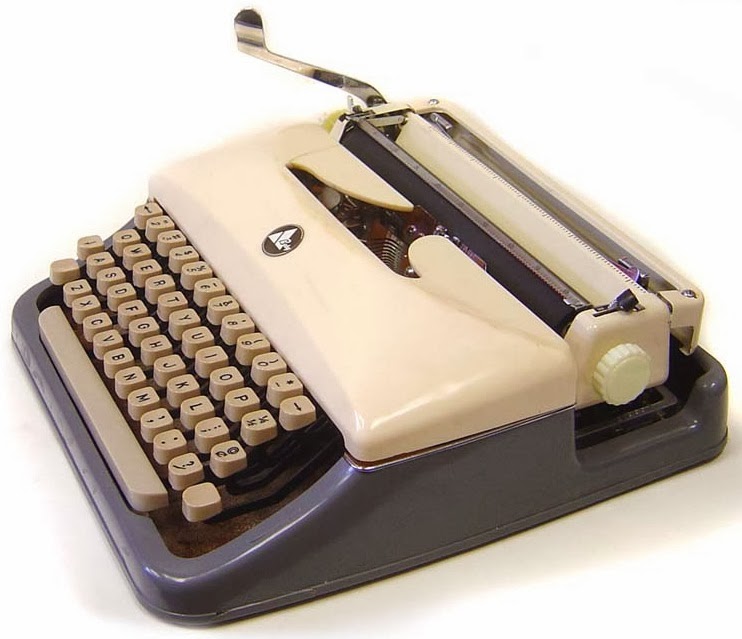 The first one "bagged" was  this Baby Alpina, owned by Richard Polt.
Then Richard and Adwoa Bagalini alerted me to this Condor for sale in the US: 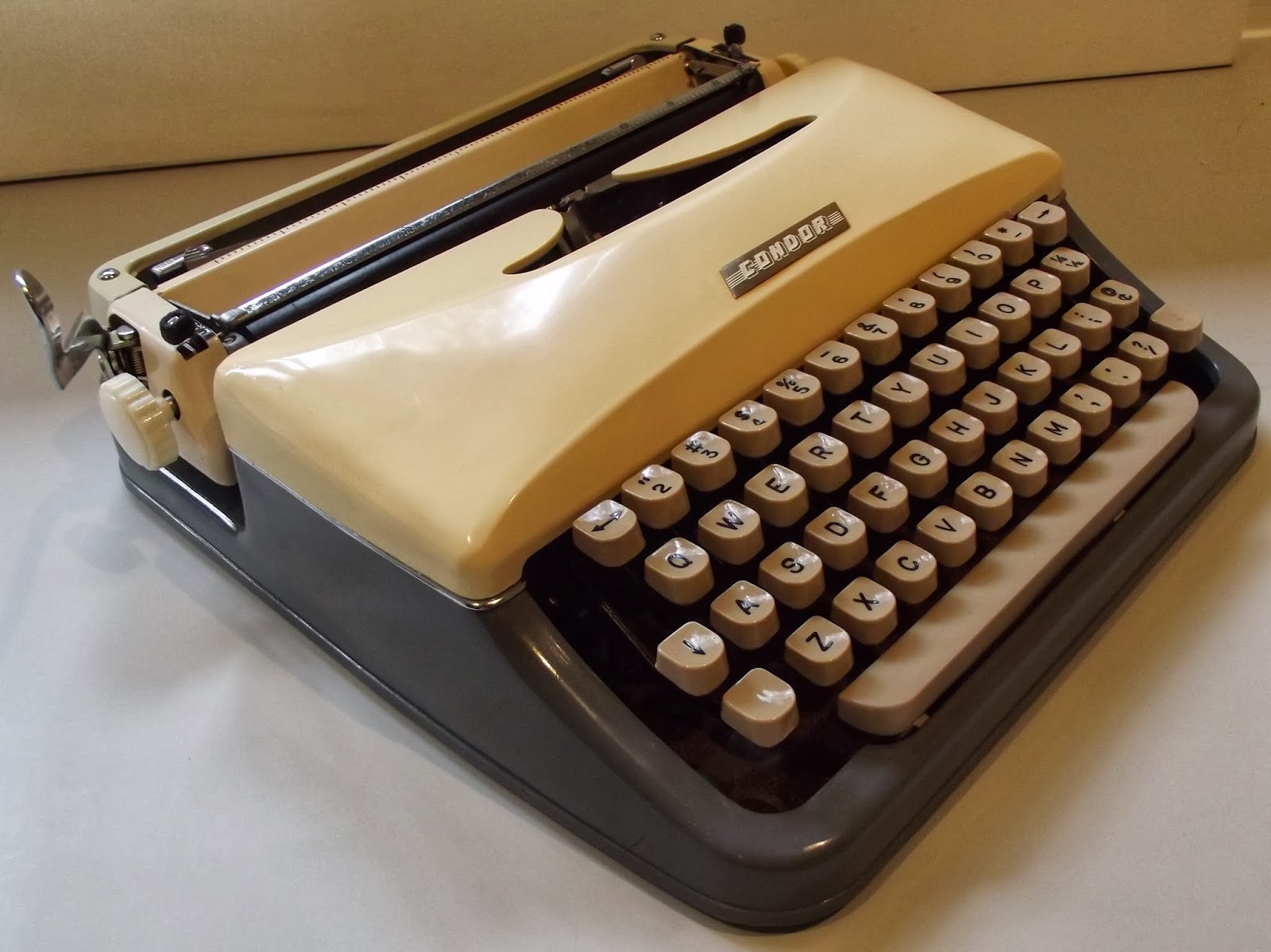 Next thing, in England, up popped the troublesome Rexina. To be honest, I didn't quite believe the seller when he said it had been bought by his mother in the mid-60s. At first I thought it was more likely to have come later: 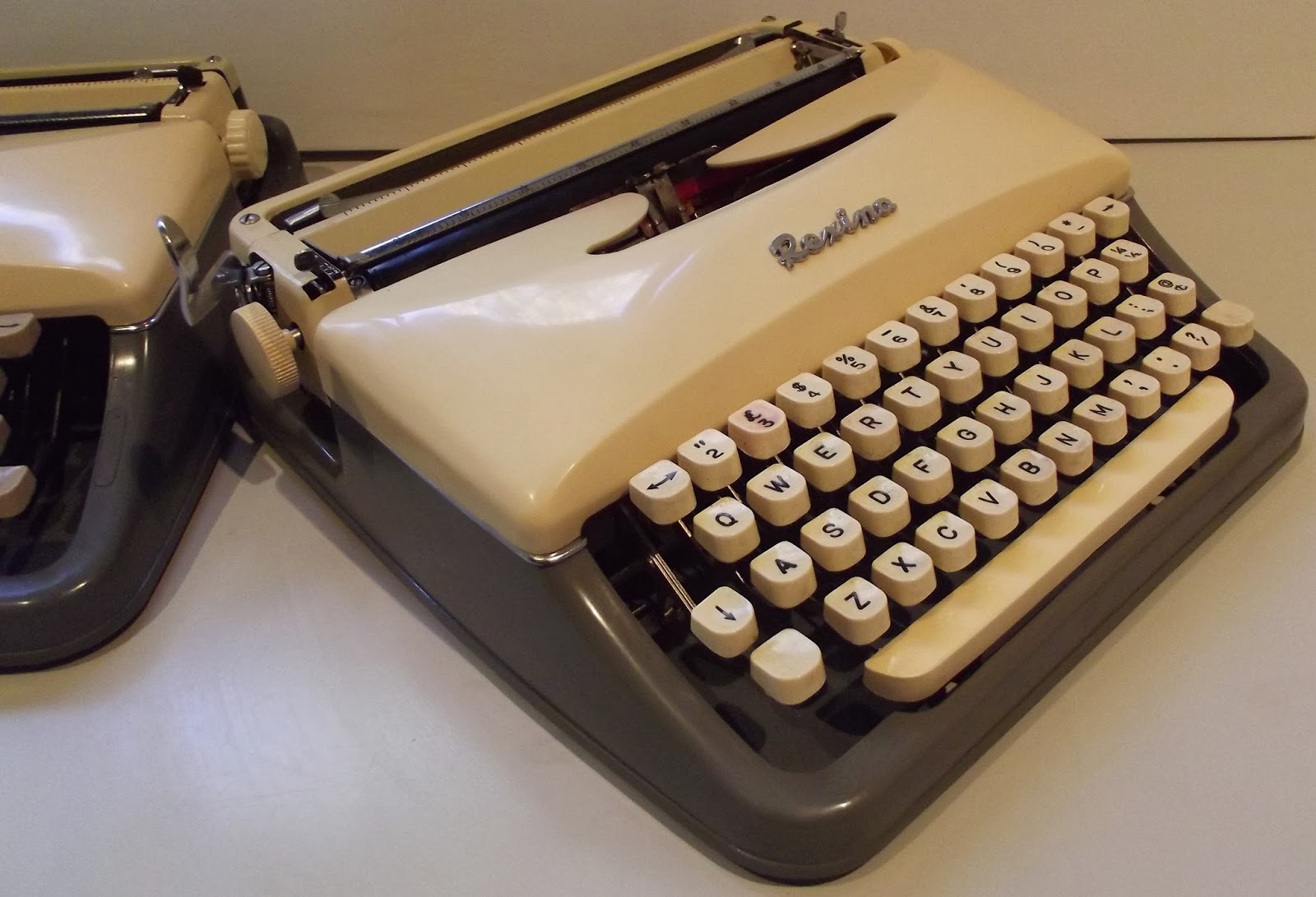 Then Mark Petersen ("Totally Your Type") found this Clipper. I took the chance to have a very close look at Mark's Clipper at Herman Price's Typewriter Collectors' Gathering in West Virginia in October - and it has all the hallmarks of this Nippo range. 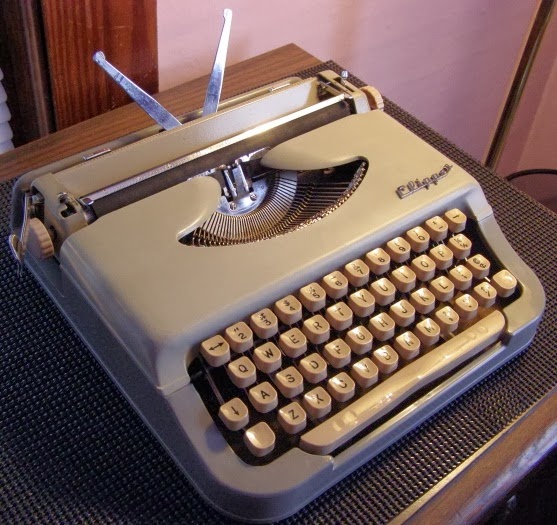 Mark's Clipper is far more like the 1965 model in the promotional photo at the top of this post than the Baby Alpina, Condor or Rexina, all of which have a slightly raised ribbon spools cover. It was the ribbon spools cover which caused so much bother with these models, as the typebars often hit the front lip on the way to the printing point. I believed Mark's "flat top" was Nippo's answer to that problem. However, it would now appear the raised top might have come later. We do know that with both Mark's model and some of the raised top models, Nippo tried using metal prop bars screwed to each side of the segment top to overcome the problem.
A close-up of the props can be seen on Mark's post about his Clipper here.
Finally, a correspondent drew Richard's attention to a Jaguar, which has another type of top again: 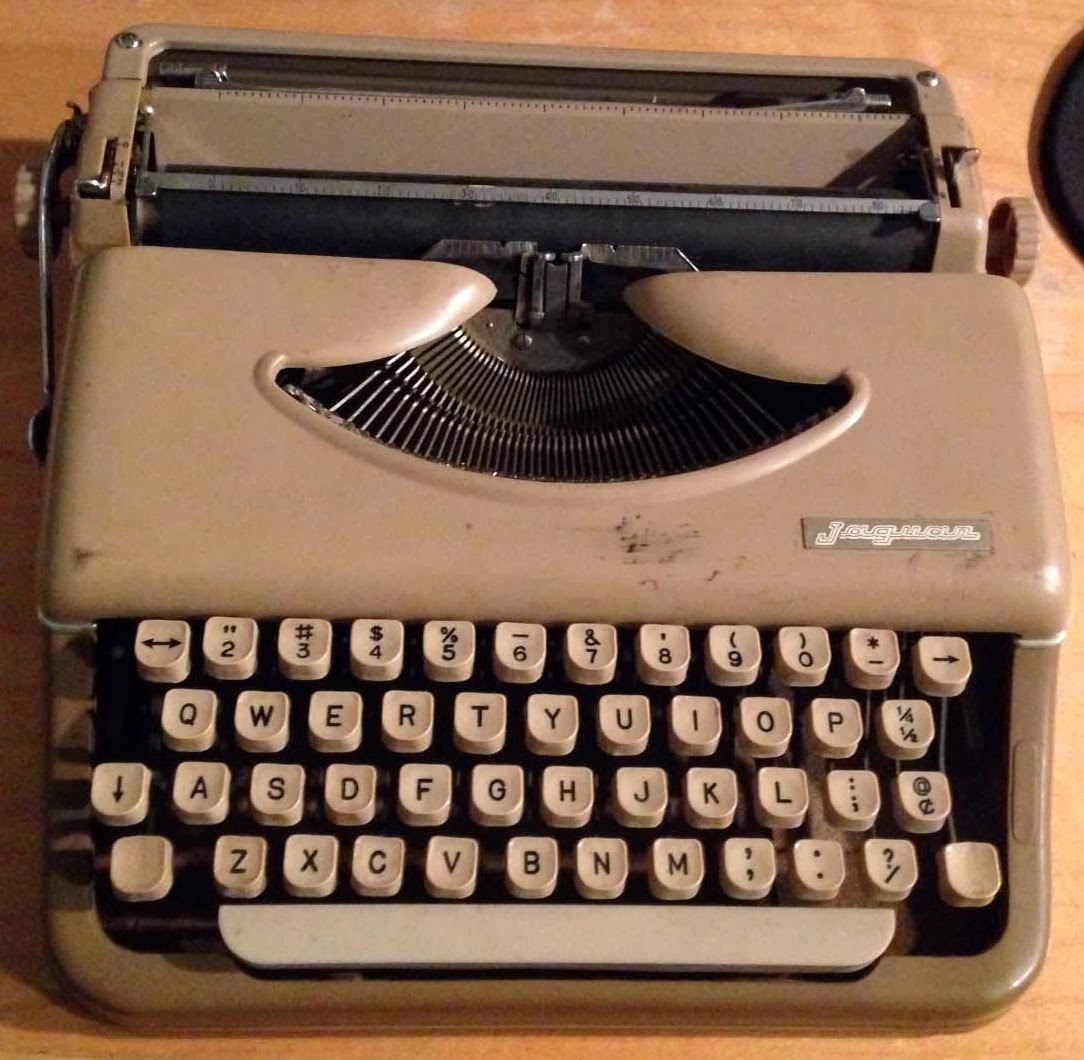 The manual which came with the Rexina shows an image of the Jaguar, proving beyond any doubt that the Jaguar is indeed a Nippo. Also note that the raised section of plastic on the right beside the keyboard is identical on the Condor: 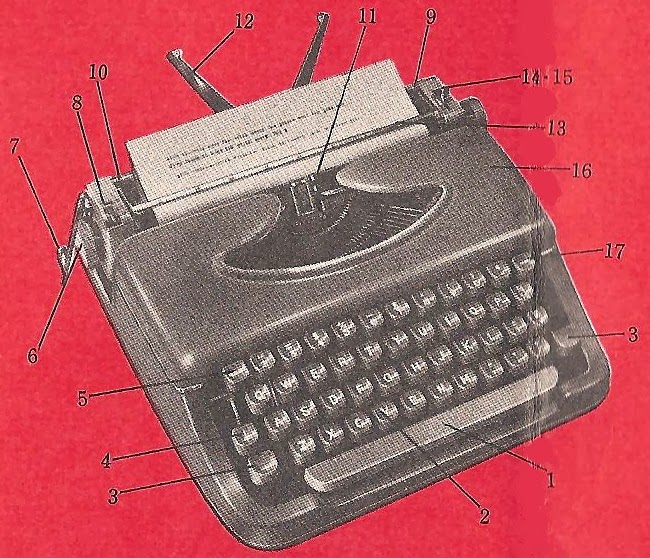 But is this really the "final" version? Are there any more out there?
Here is a look at some of the mechanics: 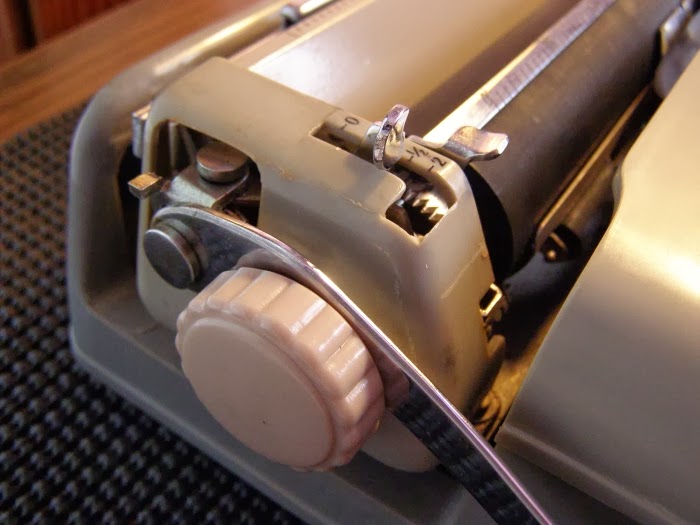 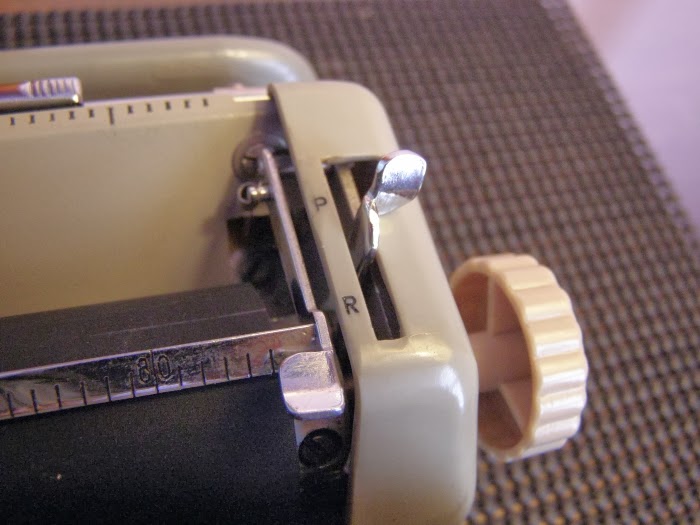 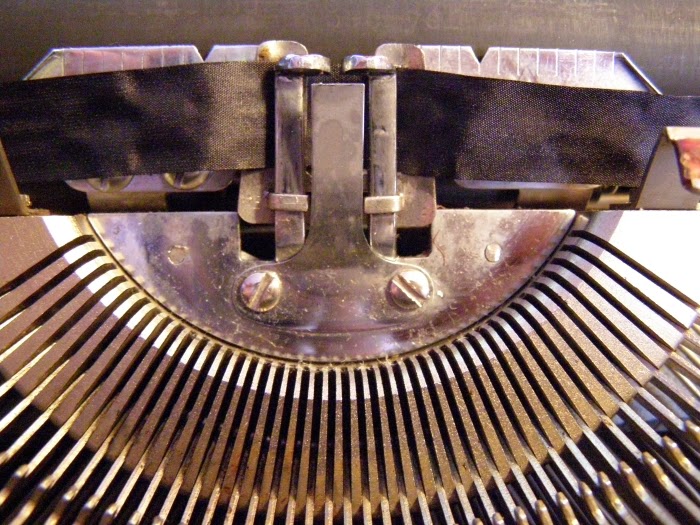 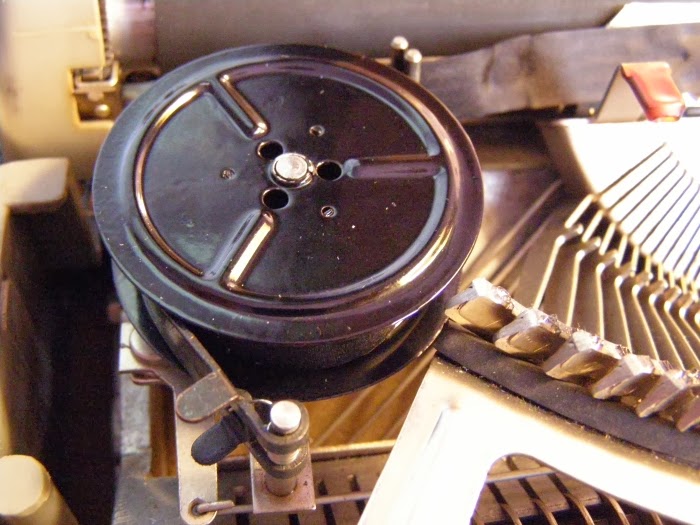 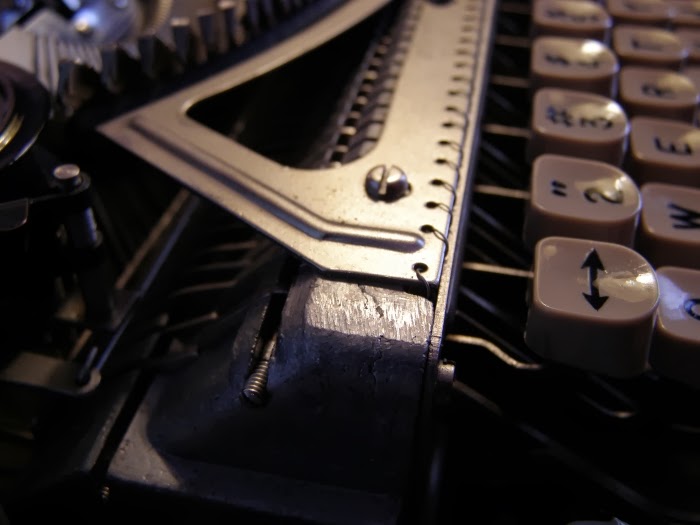 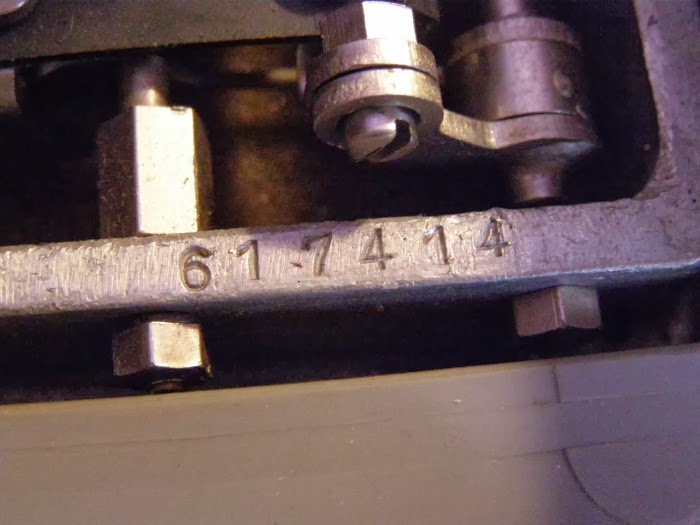 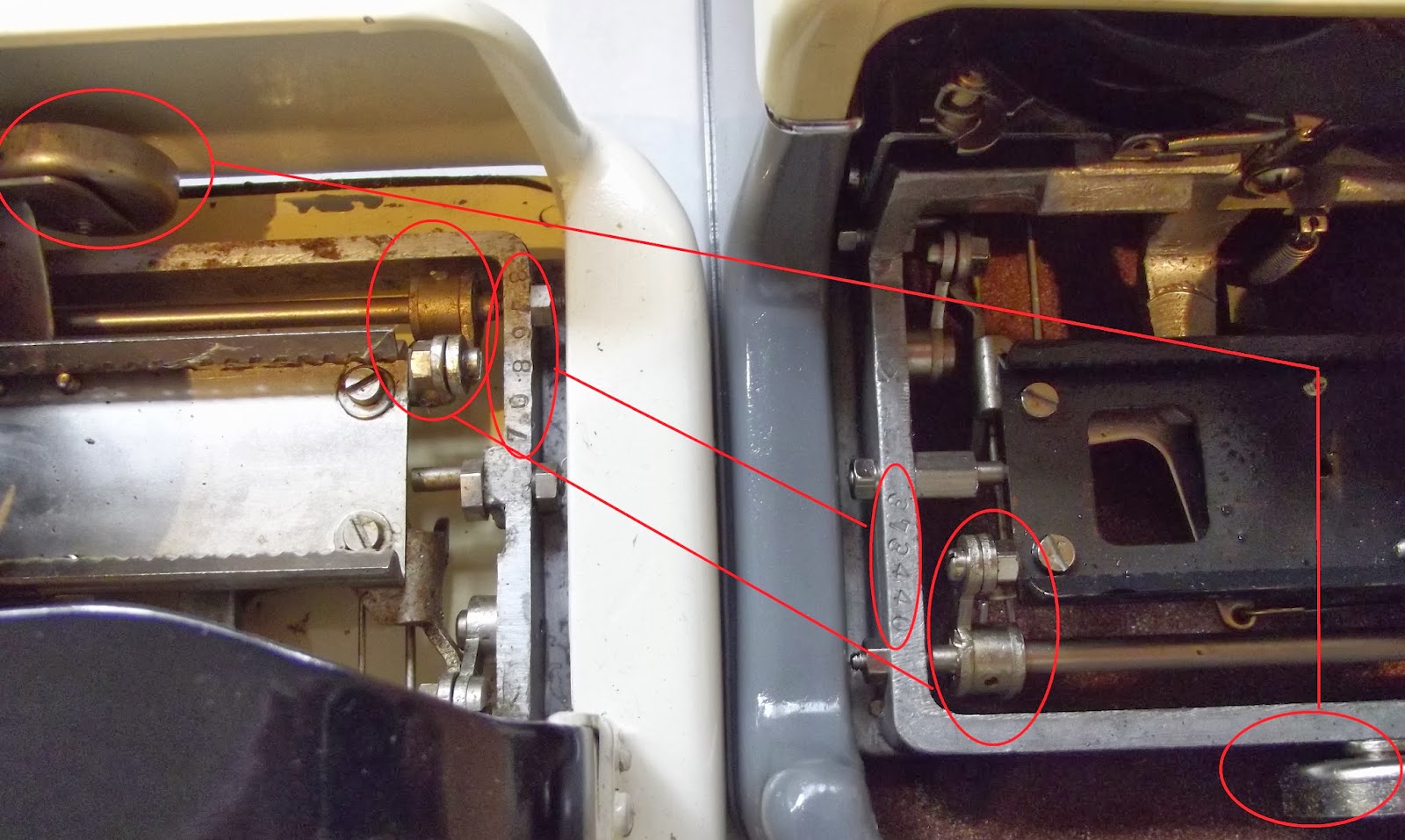 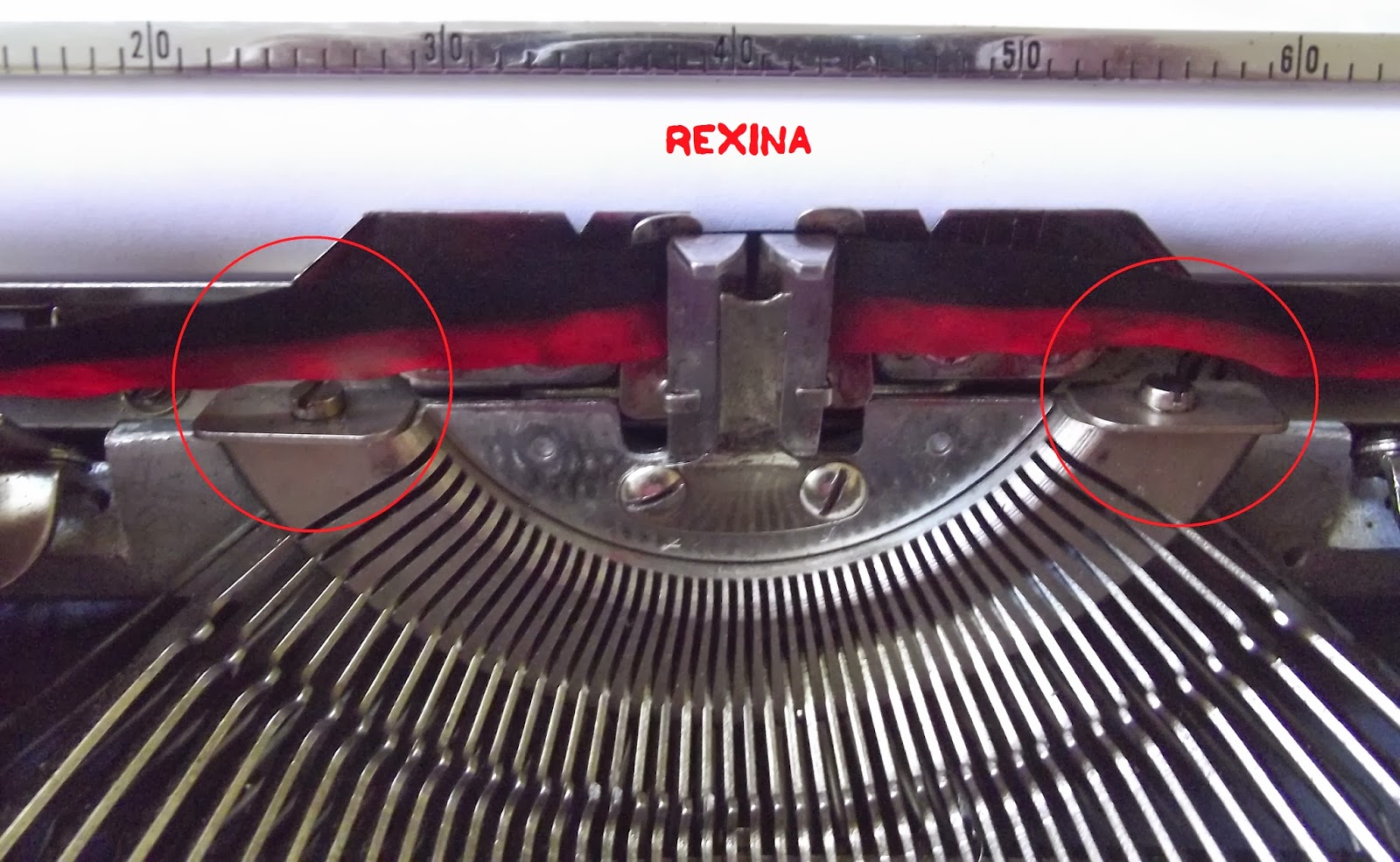 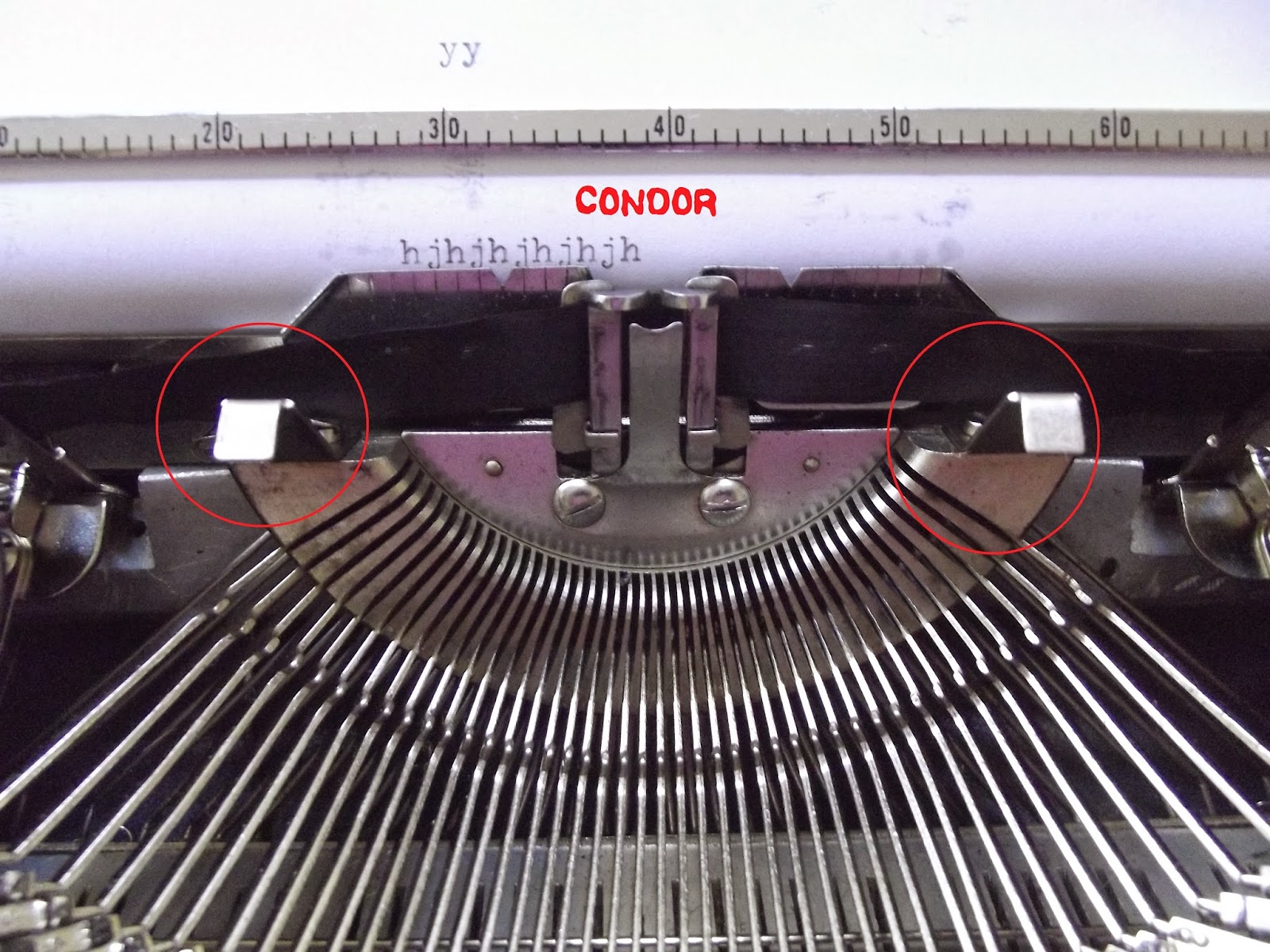 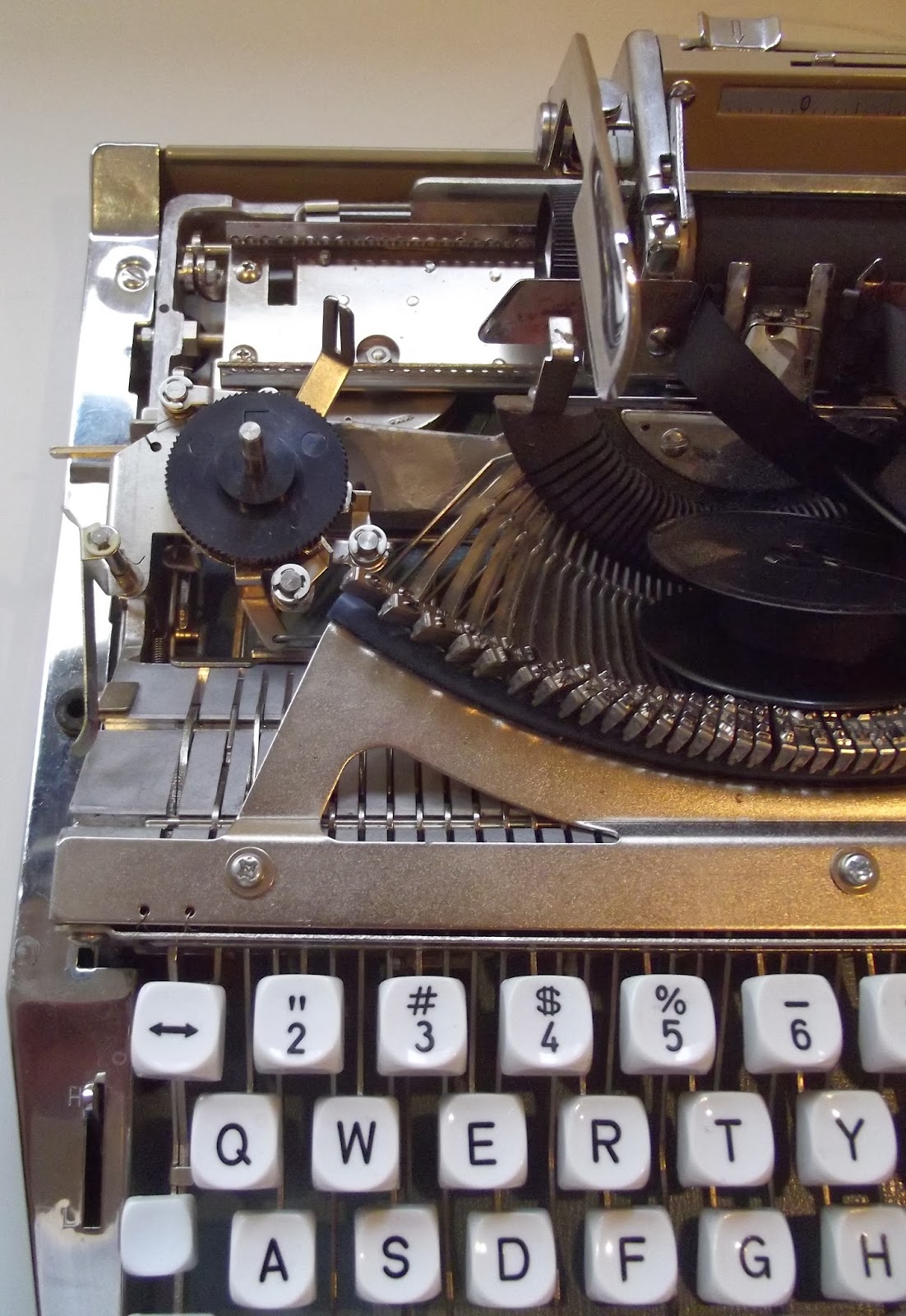 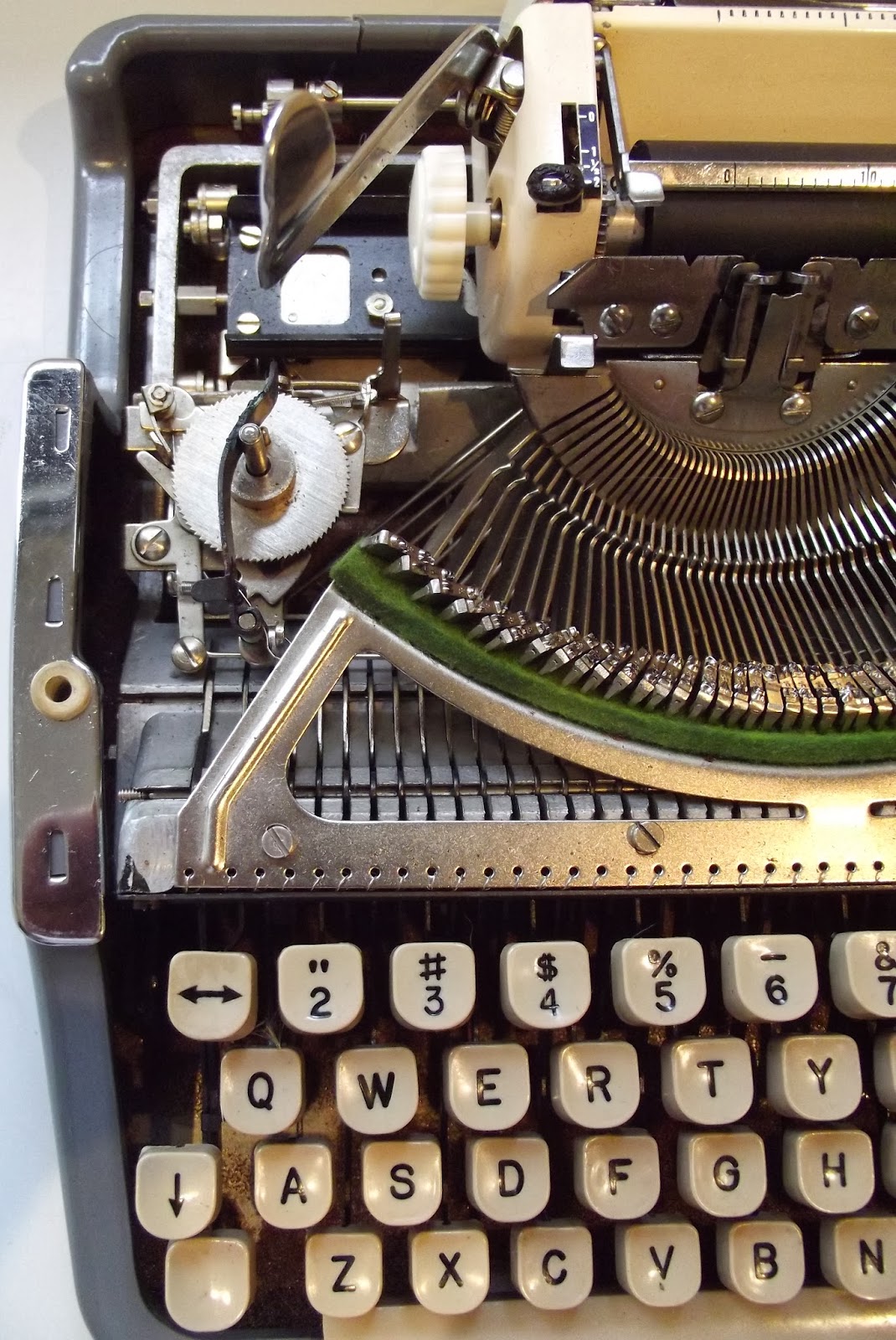 Condor
In case you are still in any doubt, here are some scans of other Nippo manuals (take note of the typefaces used etc): 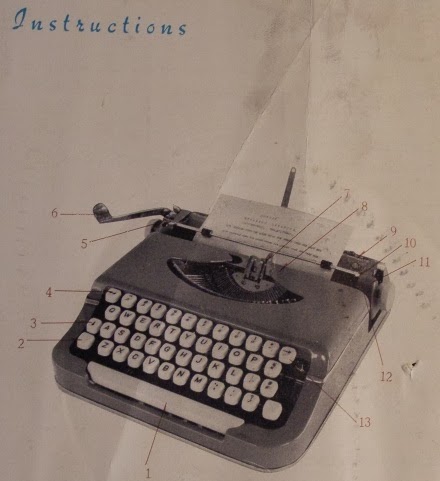 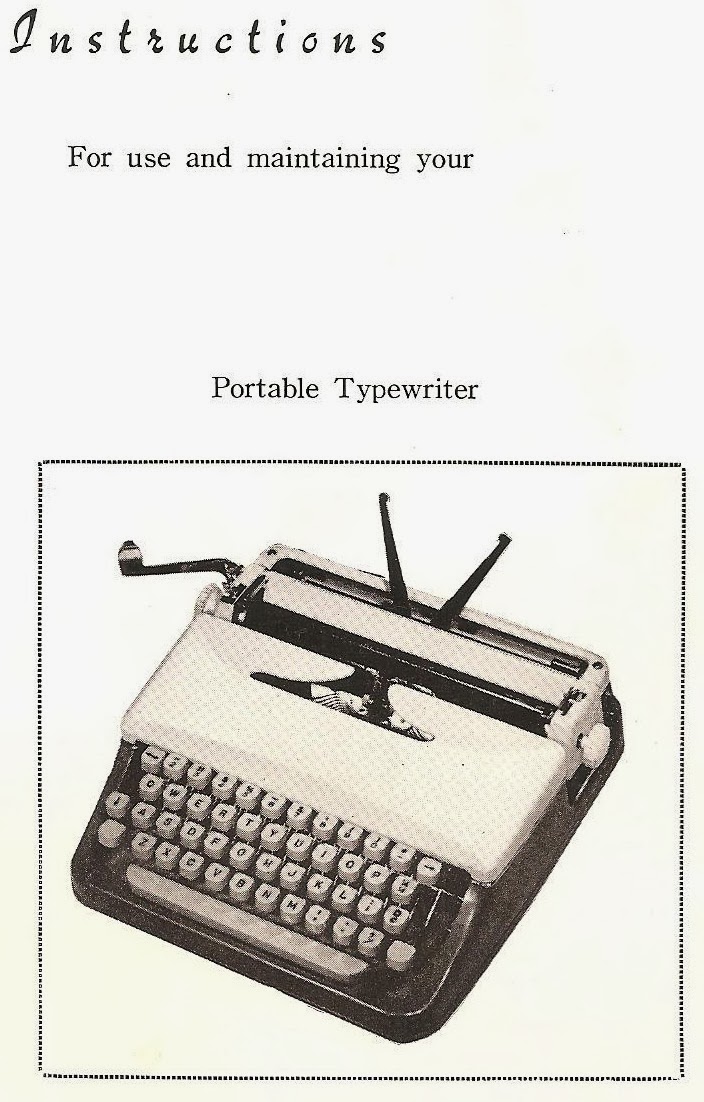 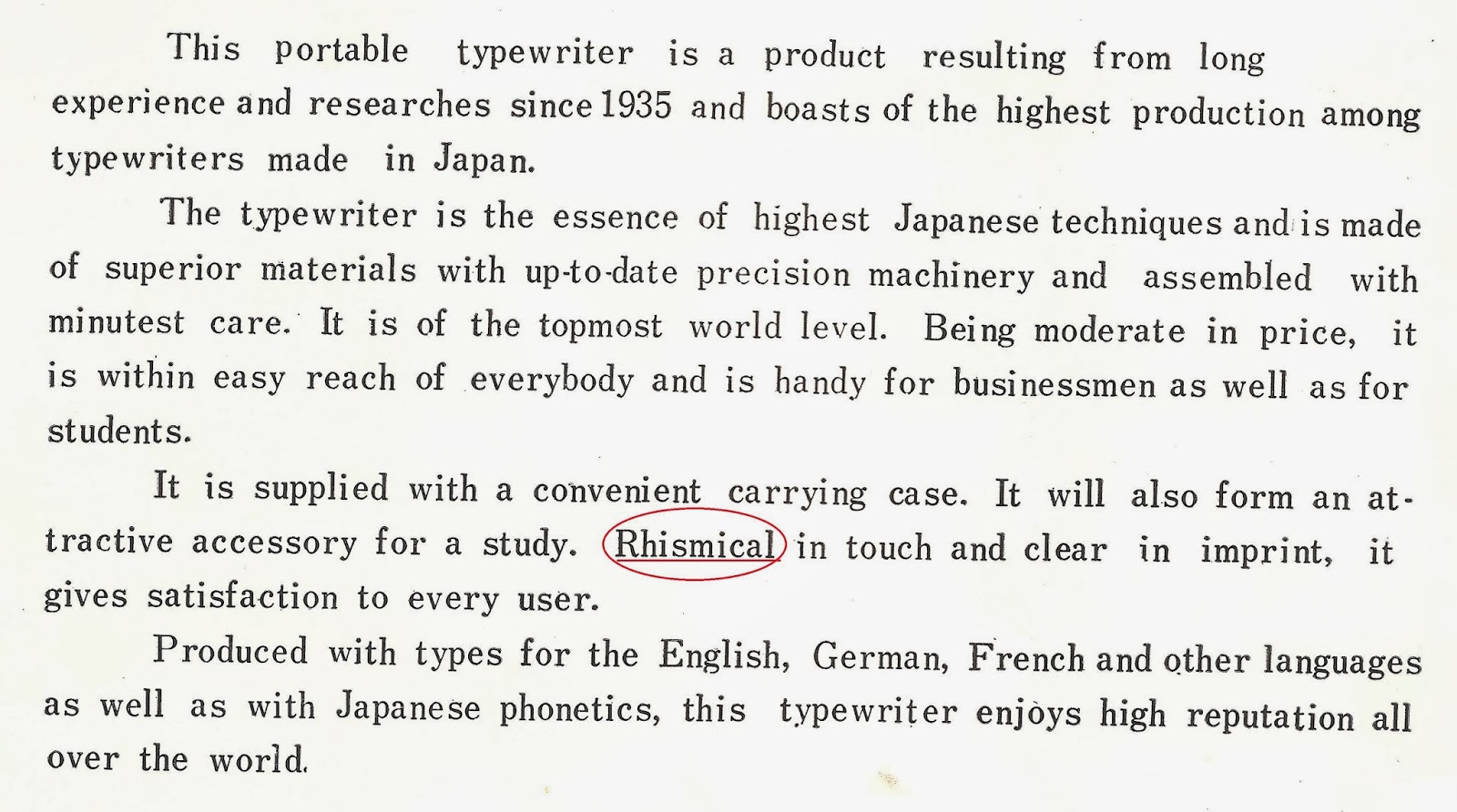 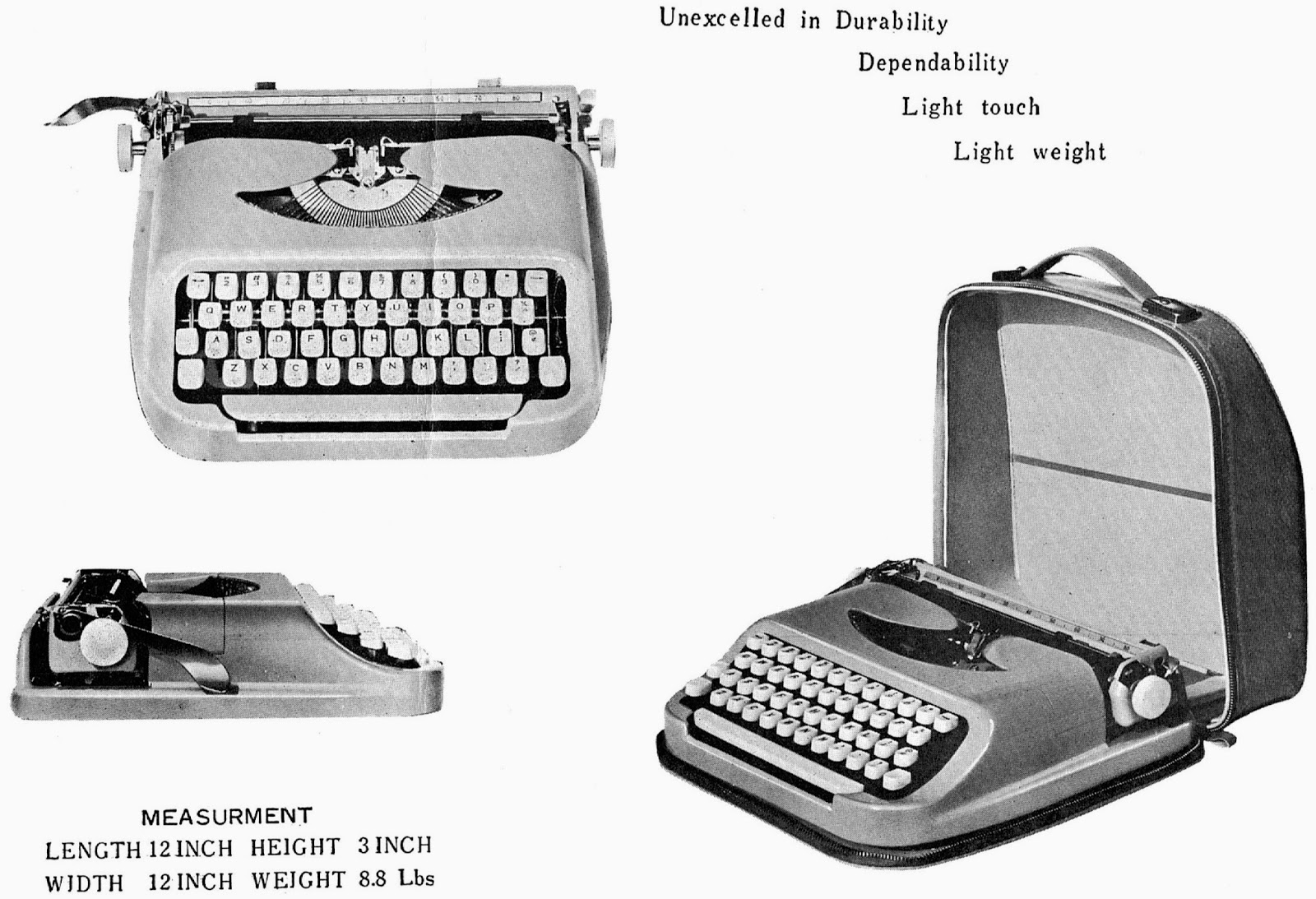 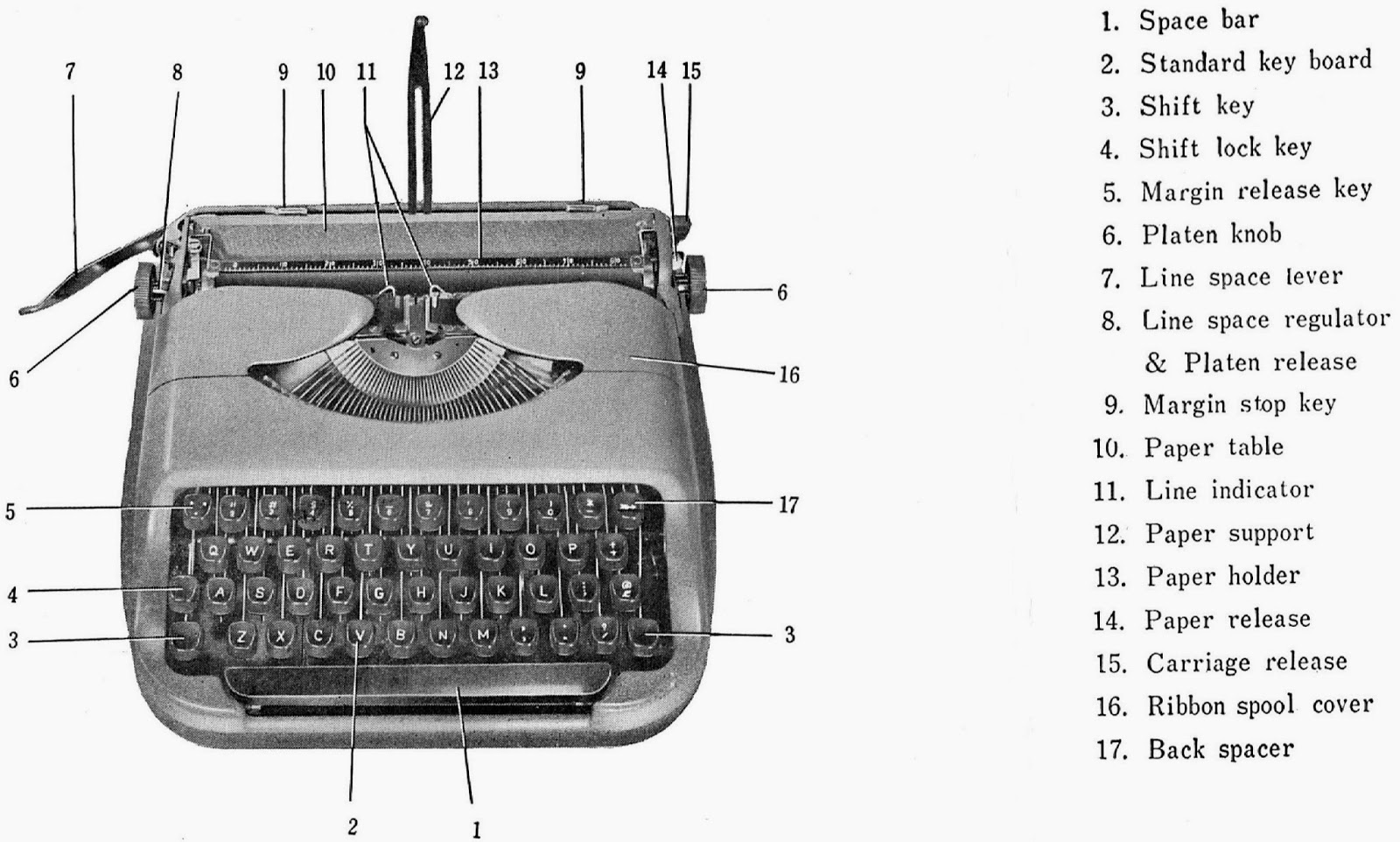 Atlas
Posted by Robert Messenger at 17:22

Quite interesting Robert. I need to be on the look out for odd typewriters. Could be a Nippo.

I just googled myself and found this post, great comparison and a great read! Thanks!
-Mark