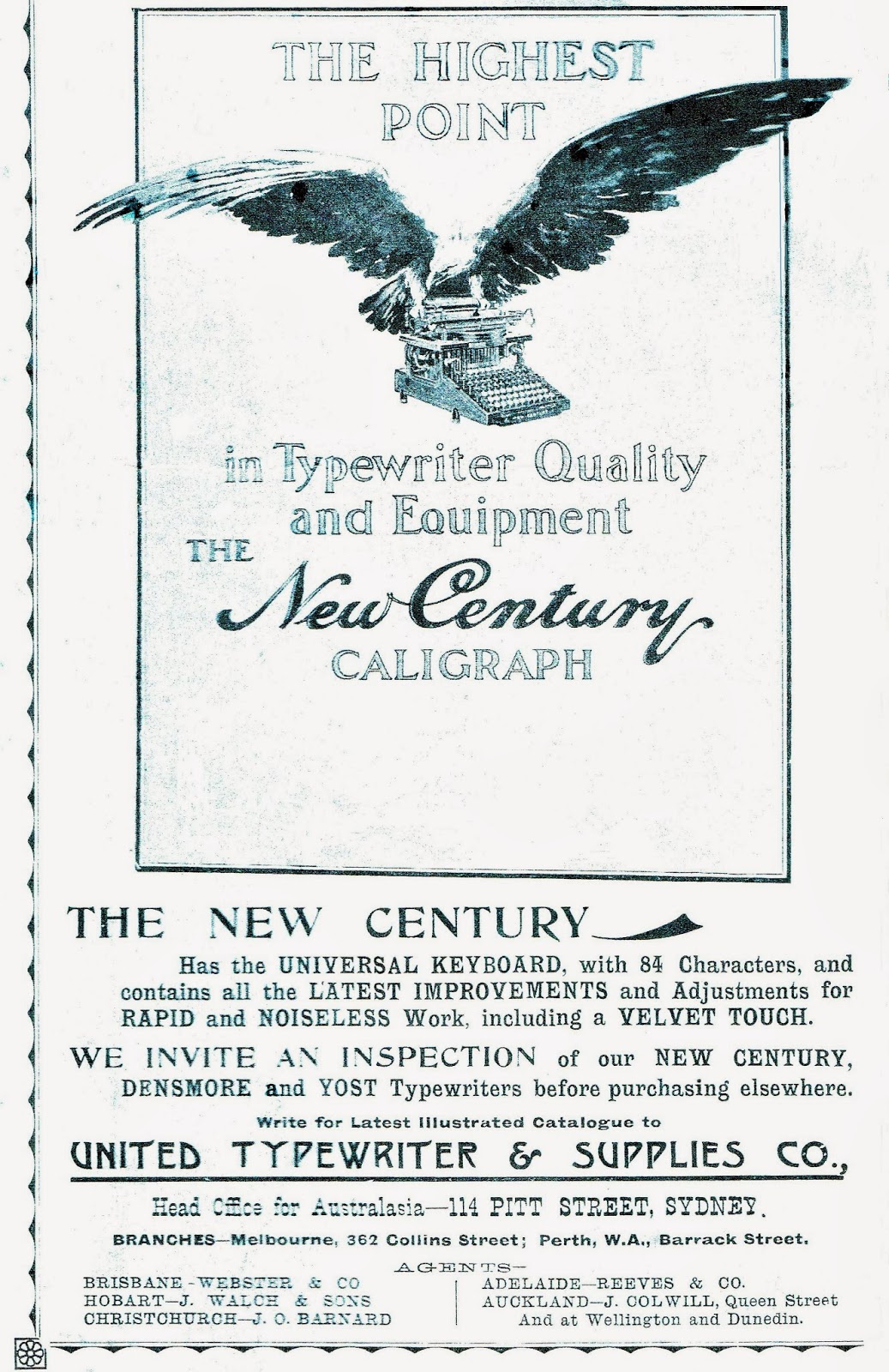 The Freeman's Journal, Sydney, May 20, 1899
By that time, typewriter display ads had been appearing in newspapers in Australia for almost 16 years. But the Caligraph was definitely the leading brand in this field. It had had the honour of having the first typewriter display ad in this country, in December 1883. 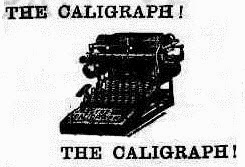 But back to the beginning ...

The first typewriter advert to be published in an Australian newspaper was the one above, which appeared three times in the South Australian Register in Adelaide from September 7-9, 1875. On September 6, Adelaide merchant George Witherage Cotton had exhibited the "American type-writer" (Sholes & Glidden) to an impressed audience at his offices in the Queen’s Chambers, 19 Pirie Street, adjacent to the Adelaide Town Hall. The typewriter had arrived directly from the US two months earlier. 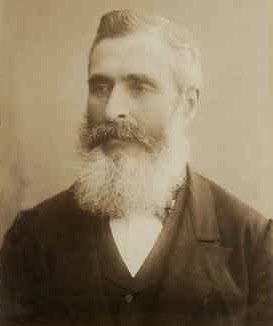 George Witherage Cotton (1821-92)
Four more Remington-made typewriters ordered by Cotton came from New York through London and arrived on the City of Berlin on February 18, 1876. One of the typewriters imported by Cotton was seen in Adelaide by a young visiting Englishman, William James Richardson, an event which led directly to Richardson introducing Charles Spiro's Columbia and Bar-Lock typewriters to Britain, introducing typewriters to the British royal family and gaining its patronage, and ultimately to Richardson taking over the Bar-Lock enterprise and basing it in Britain.

The Argus, Melbourne, May 3, 1877
One of the first two typewriters to arrive in Melbourne was imported by William Henry Masters. The two arrived on November 24, 1876, on the steamship the City of Adelaide, from San Francisco through Honolulu, Suva and Auckland. Masters was born in 1843 at Eramosa, Wellington County, Ontario, and subsequently lived in Chippawa in Niagara Falls. 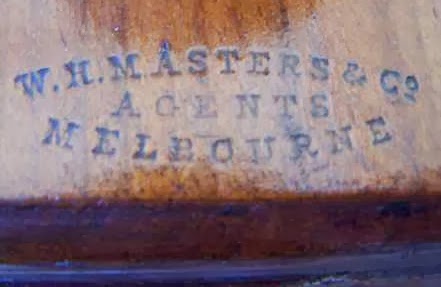 He arrived in Melbourne on the Explorer from Liverpool in England in 1869 and almost immediately set about introducing Australians to the very latest American inventions: first the Nicholson steam-driven sewing machine in 1874, then the typewriter, followed by the Edison-Bell telephone in 1880 (Masters owned the first Melbourne telephone exchange), the electric light (he staged the first floodlit football match played anywhere in the world, in 1879) and finally, in 1888, an electric tram from Thomson-Houston of Boston. Illustrated Sydney News, February 3, 1877
In 1859 Alfred Henry Massina joined with William Clarson, Joseph Shallard and Joseph T. Gibbs to form the printing firm of Clarson, Shallard & Co in Melbourne. In 1866 Shallard and Gibbs went to Sydney. They were Australia's first agents for Remington, but lost the agency to Imray and Co in 1885. On October 2, 1890, Gibbs, Shallard & Co was destroyed in a disastrous fire. Irish-born John Francis McCarron (1848-1900), printer and publisher, took over the company name. McCarron died suddenly from cerebral haemorrhage during a polka on June 6, 1900, at the St Vincent's Hospital Ball, Melbourne Town Hall. A. H. Massina & Co installed Victoria's first Linotype machine in 1894. 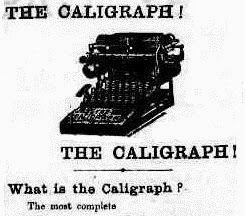 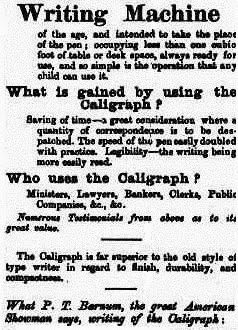 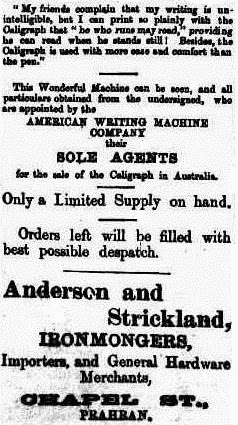 The Telegraph, St Kilda, Prahran and South Yarra Guardian,
December 15, 1883
A year later, in 1884, Stott & Hoare started Australia's first business school, at 80 Elizabeth Street in Melbourne. Stott retains a presence on Elizabeth Street to this day. In 1888 Stott & Hoare took over the Remington agency from Imray and Co. 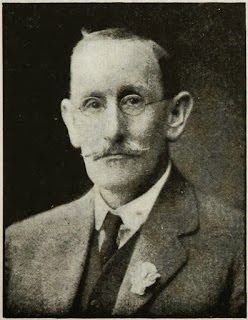 The Argus, Melbourne, July 25, 1885
By the end of 1885, Stott & Hoare was also looking for young female typists, becoming the first Australian company to encourage women to take up typing.
Before Stott & Hoare got its hands on the Remington agency, it was held for three years by Imray and Co of Sydney: 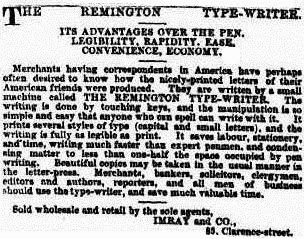 Illustrated News of Australia, Melbourne, December 25, 1886
The Hall index typewriter had already been selling in Australia for two years when this display advert appeared:

The West Australian, April 8, 1889
On September 3, 1885, a Hall had become the first second-hand typewriter advertised for sale in Australia, the classified advertising pages of The Sydney Morning Herald becoming the precursor of eBay:

The Hammond first appeared in 1887. There was never an agency in Australia for its main rival, the Crandall. 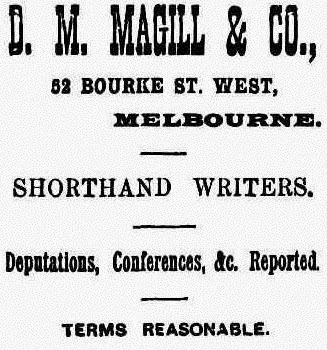 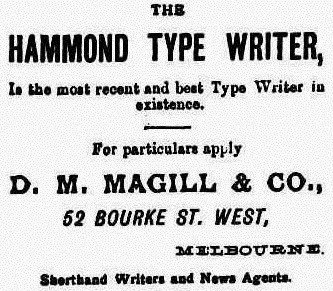 This very widespread and prolonged advertising campaign took in outposts such as Cootamundra (the Herald) and Portland (the Guardian) from 1886 until 1890.
In 1888 Stott & Hoare took over the Remington agency in New South Wales, Victoria, South Australia and Western Australia,  while in Queensland it was held in 1889-90 by Watson, Ferguson & Co: 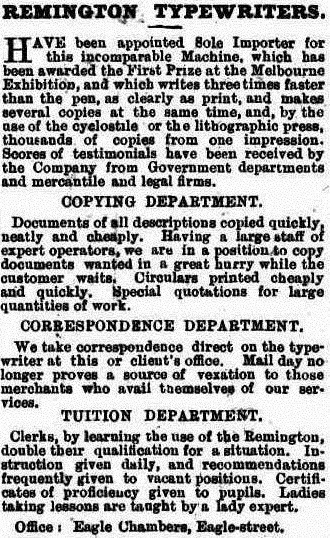 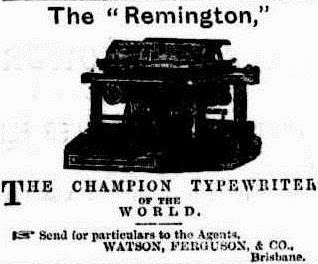 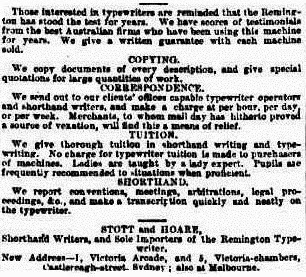 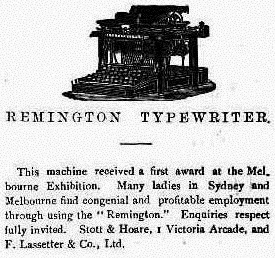 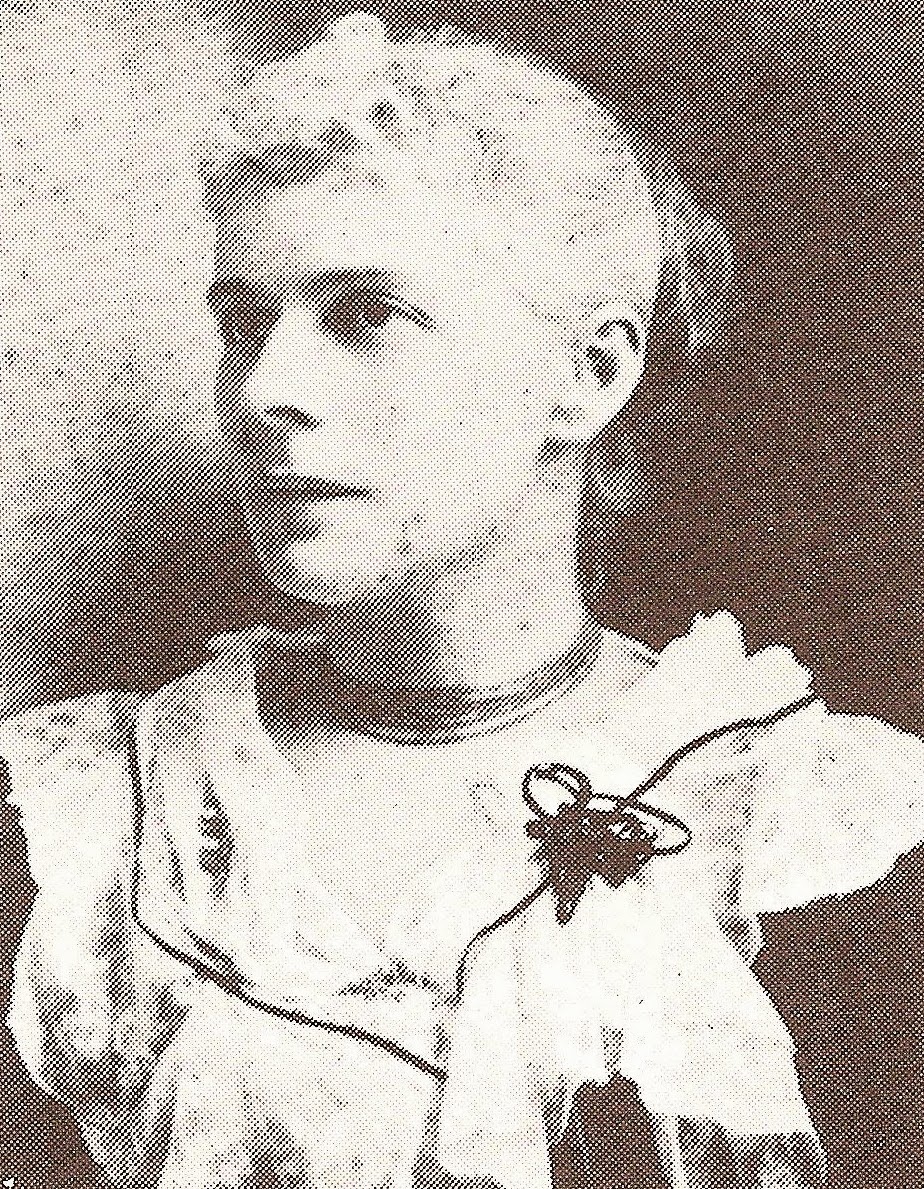 Dora Elizabeth Robertson Armitage Cooke was born in St Clair, Michigan, on July 14, 1858. She arrived in Sydney from London in 1887, armed herself with a Caligraph, and the following year established the Ladies’ Type-Writing Association. It was a tough start. One company Dora approached replied, “My dear Madam, we have done without type-writing all these years, and think we can do without it longer.” Undaunted, she became a founder of the National Council of Women of New South Wales in 1896 and, in 1899, represented Australia at the International Conference of Women in London.
Dora Robertson grew up on a lumber settlement in Michigan supervised by her Scottish-born father. The family left the US during the Civil War and in 1862 settled in Galle in Ceylon (now Sri Lanka), where Dora’s father opened a branch of the Chartered Mercantile Bank. At age eight, Dora was taken to England to be educated in Bath. She returned to Colombo in 1876. The next year she married Charles Cyrus Armitage, the son of a then wealthy coffee growing family. In 1881, blight struck the coffee crop and the following year the family’s fortunes collapsed. Dora was only 24, with four children, and her hair turned prematurely white with the anguish. She returned to England with her children, but couldn’t bear living with her controlling mother-in-law, so moved in with an aunt in London, a Mrs Traill. When Dora suggested an interest in starting a career as an actress, to make ends meet, Mrs Traill had heart palpitations. The stage was then considered by the well-to-do to be one short step up from street walking. So Mrs Traill went out and bought Dora a Hall index typewriter. It was to change her life. Dora offered one of the first typewriting services in London and then, after making sufficient money and selling off her jewelry, she started her own typewriting office in Birmingham in 1886. In the meantime, her husband had moved from Sri Lanka to Sydney, but had yet again become involved in a failed business venture. The Armitage family paid for Dora to sail to Australia in 1887, in the hope she may be able to support him. In Sydney Dora bought a Caligraph.
With money lent to her by Lady Lucy Fairfax, Dora opened her Ladies' Type-Writing Association in the Victoria Arcade, Sydney, on October 1, 1888. Dora’s husband died in 1897, but her efforts for the benefit of working women went on unabated. On her return sea voyage to Australia from the International Conference of Women in London in 1899, Dora sat at the ship captain’s table, and met and fell in love with the captain, Walter White Wingrove Cooke. They married in 1902. Dora sold her Sydney business, returned to England, but continued to campaign for women’s suffrage and social reform. Dora died in 1946, aged 87.
In 1889, the World typewriter made a brief appearance in Australia: 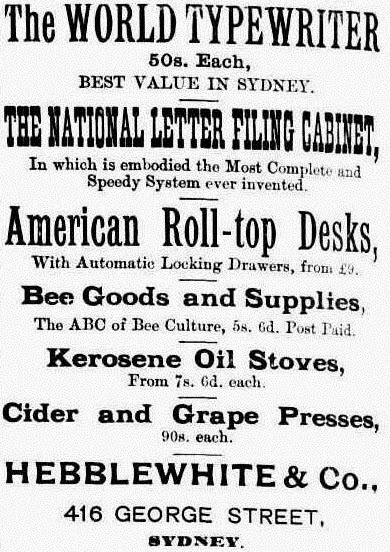 Another business school, the Adelaide Shorthand Institute, was established in 1887 by the Muirden Brothers. 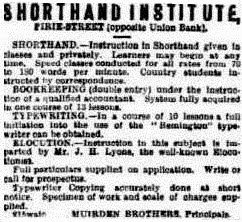 The Advertiser, Adelaide, October 28, 1889.
Muirden Brothers was founded by Scottish-born Alexander Muirden. In 1889 his younger brother William (1872-1940) joined him in the business, but Alexander left Adelaide in 1893. William combined with William Hogg to operate the Shorthand and Business Training Academy, which provided the earliest correspondence education in the colony, from 1895 teaching country students by letter. In 1900 William Muirden established, as sole proprietor, the consistently successful Muirden College. Mostly begun as institutions to teach shorthand, by the 1890s nearly all business colleges had established typing as a core subject, supplemented by disciplines like book-keeping. By the late 1890s Muirden could boast that his graduates worked in more than 90 per cent of Adelaide's business houses. From 1913 to 1934 Muirden published his Commonwealth Series - widely used and republished booklets on grammar, spelling, and commercial practice for use by students preparing for public examinations all over Australia. Muirden bought Hassett's Business College in Prahran, Melbourne, in 1923, and moved there in 1925 to direct it, as Muirden's Business College (in 1936 the name reverted to Hassett's Commercial College).
New Zealand-born Betty Caroline Leworthy (1877-1962) trained as a shorthand-typist at Stott's business college in Adelaide. From 1905 she was the founding principal of the Stott's college, which merged in 1912 with Muirden College. In 1920 she opened her own Business College for Girls in Hindmarsh Square; two years later she set up a local branch of Zercho's Business College and in 1923 she managed the Typewriter Co Ltd.

The West Australian, April 10, 1889
Welsh-born journalist, editor and Hansard reporter John Rowland Jones (1841-1895) was one of the last convicts to be sent to penal servitude in Australia - as convict No 9783, one of 280 convicts transported on the Hougoumont in 1867-68. Jones was convicted at Ruthin in 1866 for forgery and embezzlement. He was indicted for "having at Denbigh forged and uttered a cheque and order for the payment of 324 pounds, six shillings and 11 pence, with intent to defraud the National Provincial Bank of England".  He was further charged with having "feloniously embezzled the sum of seven pounds, eight shillings and five pence". He had a previous conviction and was transported for eight years. His Ticket of Leave was granted in 1870 and his Certificate of Freedom in 1874.
He worked in Fremantle, Toodyay, Perth and York as a clerk, general servant and a reporter. He was a shorthand reporter (for both the Legislative Council and Legislative Assembly) in Perth from 1872, editor of the Western Australian Times (which was later merged with the Perth Gazette and became The West Australian) in 1880 and as the only Hansard reporter in the colony in 1888-89.
He built the first house in the Perth suburb of Subiaco, called "Jones's Folly". 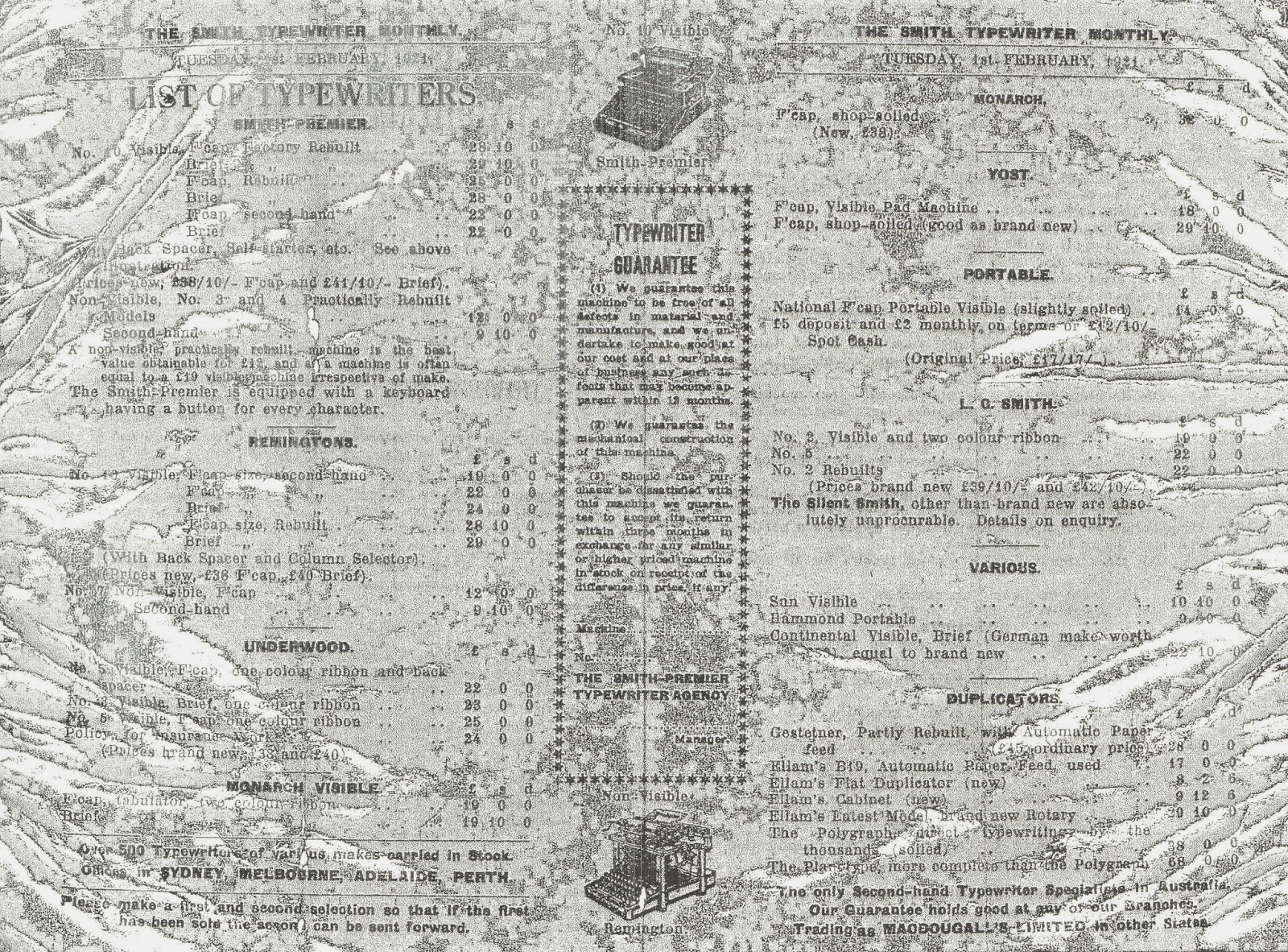 Posted by Robert Messenger at 01:31

Quite a bit of history. I really enjoy how you can find all the interesting old articles and advertisements.

I like no. 3. Clearer than ordinary writing, for sermons. I wonder does that make the boring ones less boring or the foggy ones more understandable :)

The TYPE WRITER: "an idea emanating from Utopia." I love it!