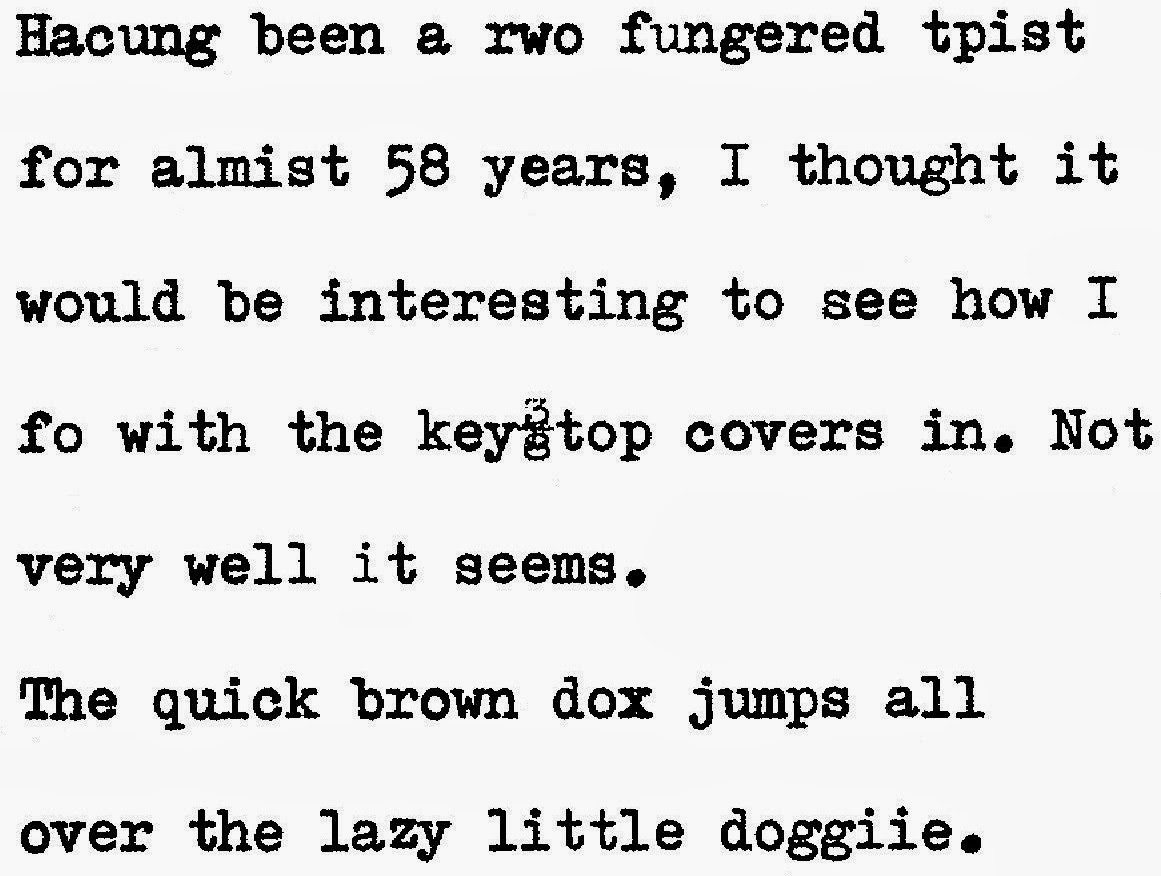 I got off to a poor start, but seemed to improve considerably in a short time. This was supposed to read, "Having been a two-fingered typist for almost 57 years ...". It was a bit of fun for me to experiment with typing on a Willy Scheidegger Typomatic TMS Star Typer (Adler) manual typewriter - with the coloured caps still covering the keytops. I've never tried that before and it was most interesting to see how I went. 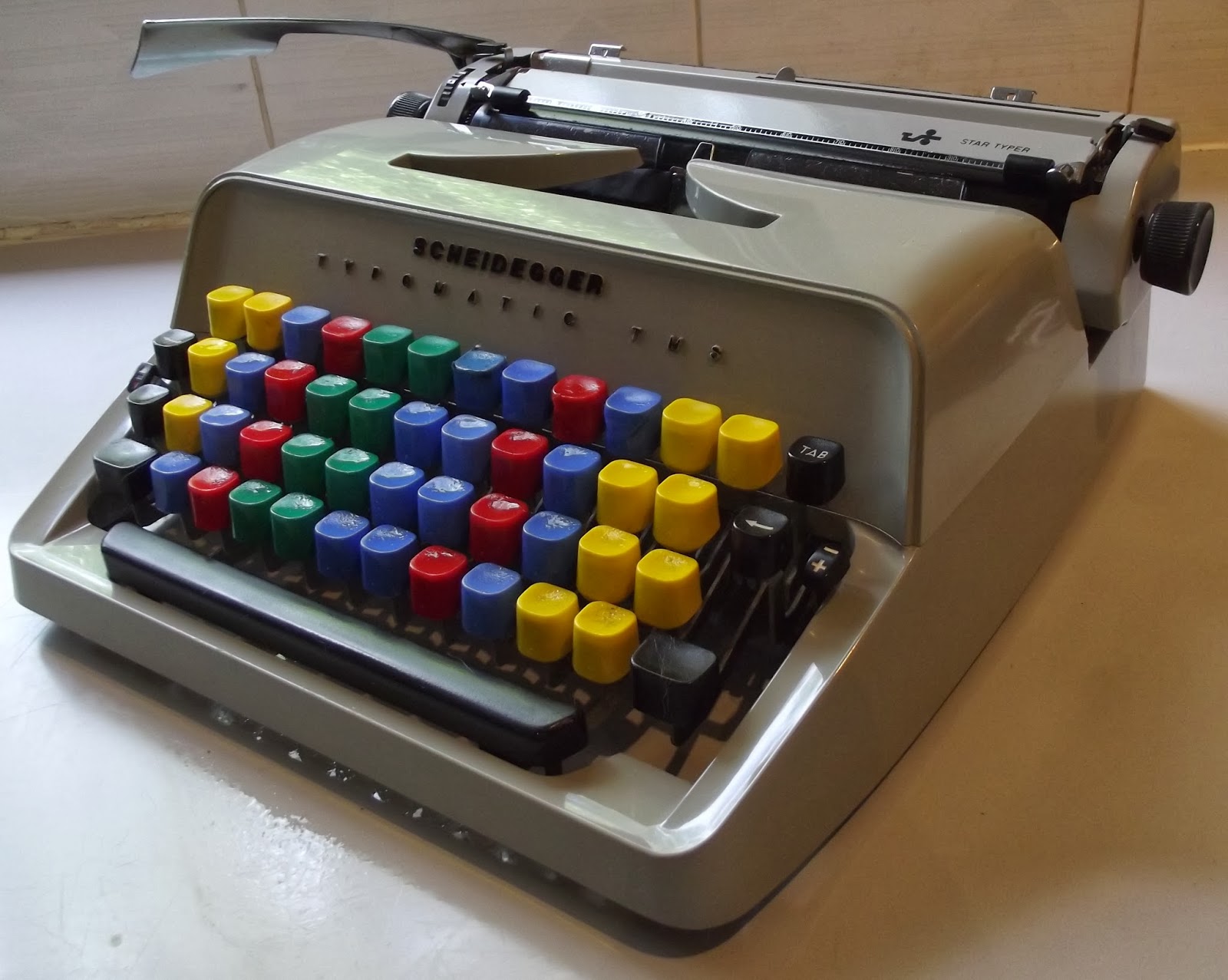 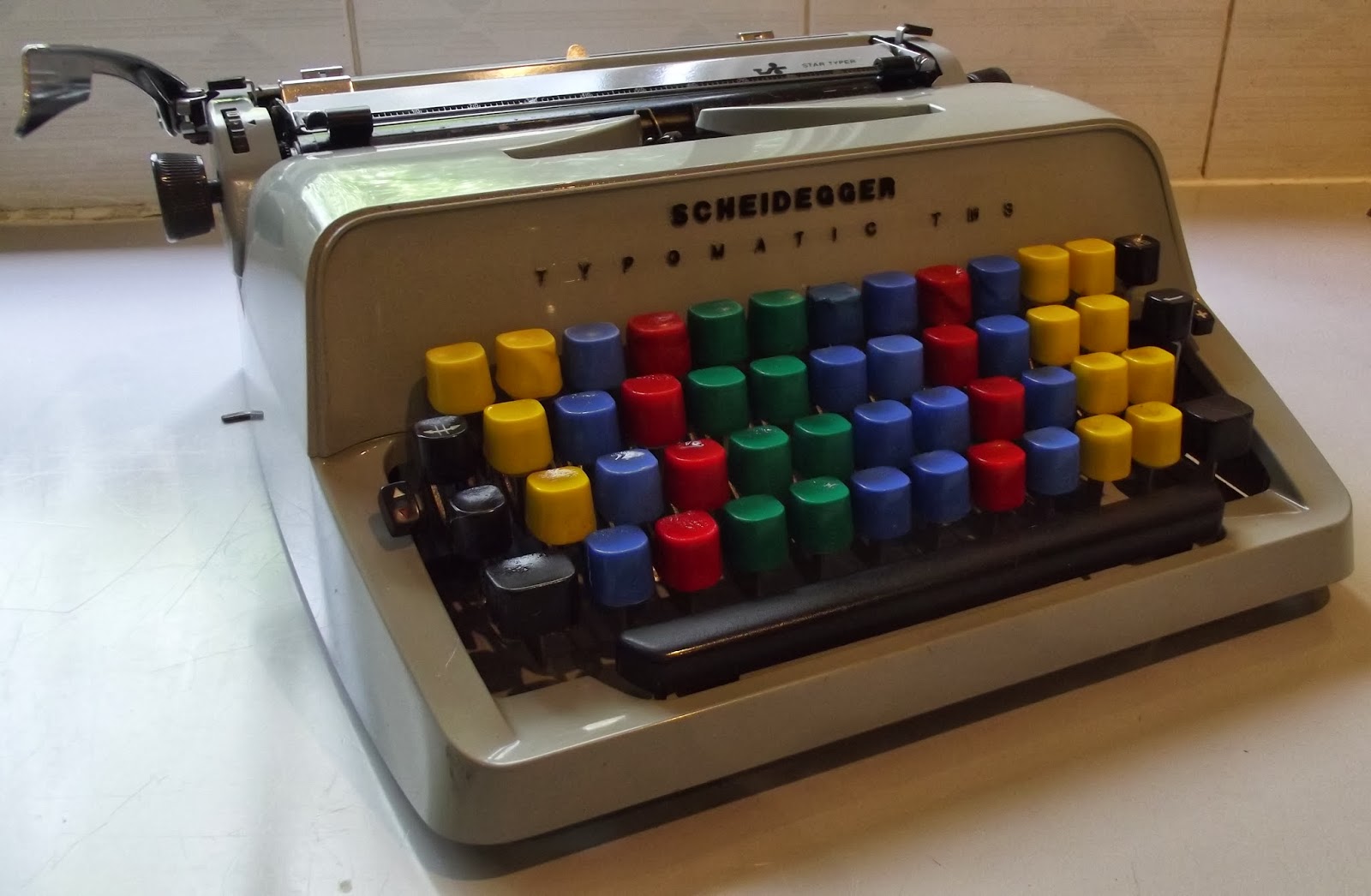 Following my post yesterday, with the video showing Australian writer Gerald Murnane's peculiar typing style, I got to thinking about one- and tw0-fingered typing and wondered what it would be like to use the Scheidegger typewriter with the coloured caps on. 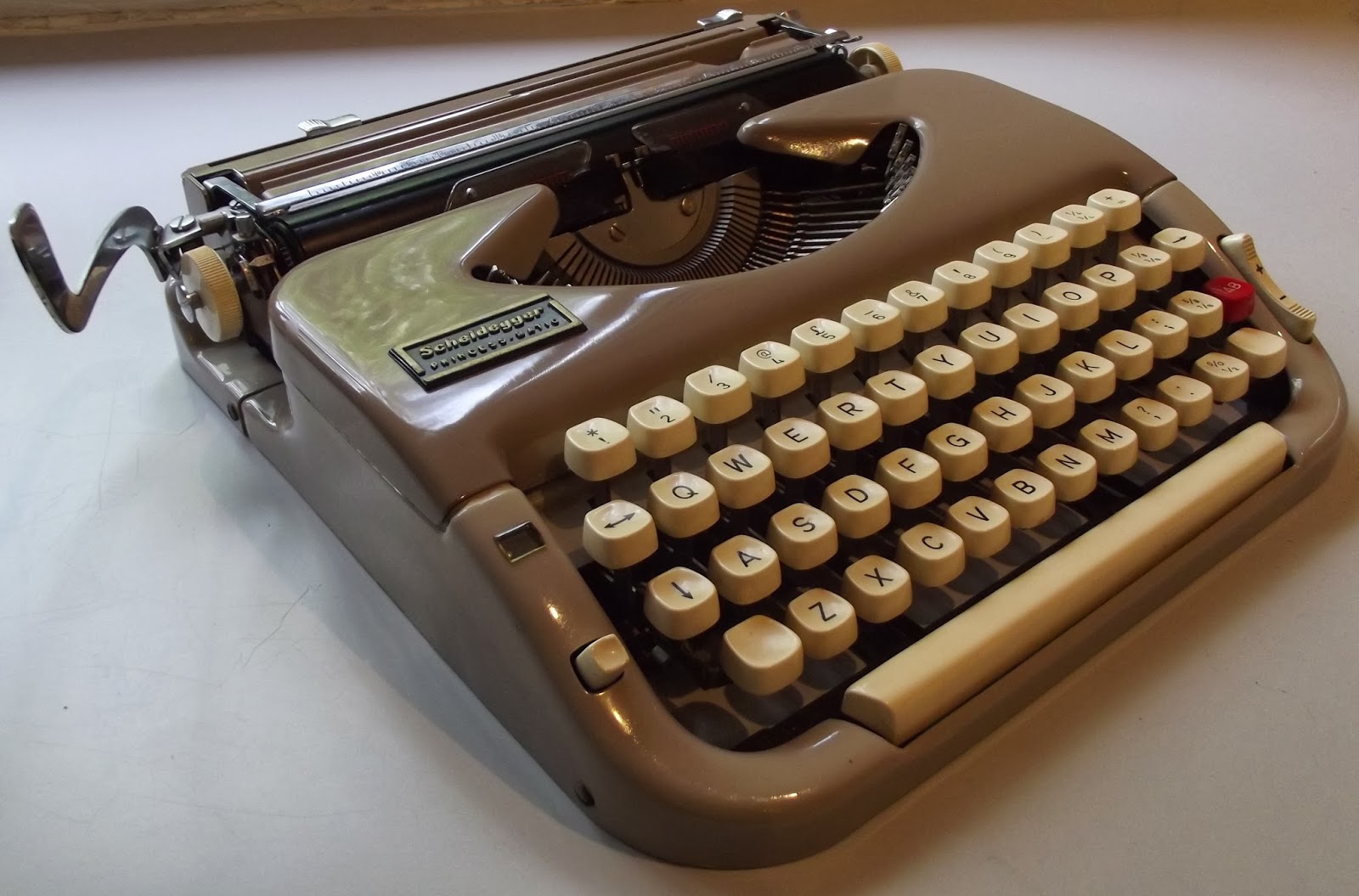 A look at the Willy Scheidegger Typewriting Schools was one of my very first posts on this blog, way back in March 2011. In almost three years since then, I have received a lot of help in trying to fill in the gaps about Scheidegger, mainly from people who attended or worked at Scheidegger schools, or knew someone who did. But I am most especially grateful to Francesco Grimani in Italy, who provided me with both information and images.

Willy Scheidegger
Francesco is particularly interested in Scheidegger's Typomat, which he used at Scheidegger schools. Francesco worked for Scheidegger both at teaching and management levels, from 1970 until 1989, when the schools closed in Italy. I will get to the Typomat later.
First, a bit of background: Willy Scheidegger was born in 1917 in Huttwil, a town in the Oberaargau district in the Swiss canton of Bern. From a young age he travelled extensively to various parts of the world. His typewriting schools started in Switzerland in 1947, teaching colour-coded touch typing. The schools quickly spread across mainland Europe (Italy, Germany, Holland, France, Spain, Norway, Denmark, Sweden, Belgium and Austria) and on to Britain and Canada. But the Scheidegger Swiss Typewriting Institute remained headquartered in Zurich. 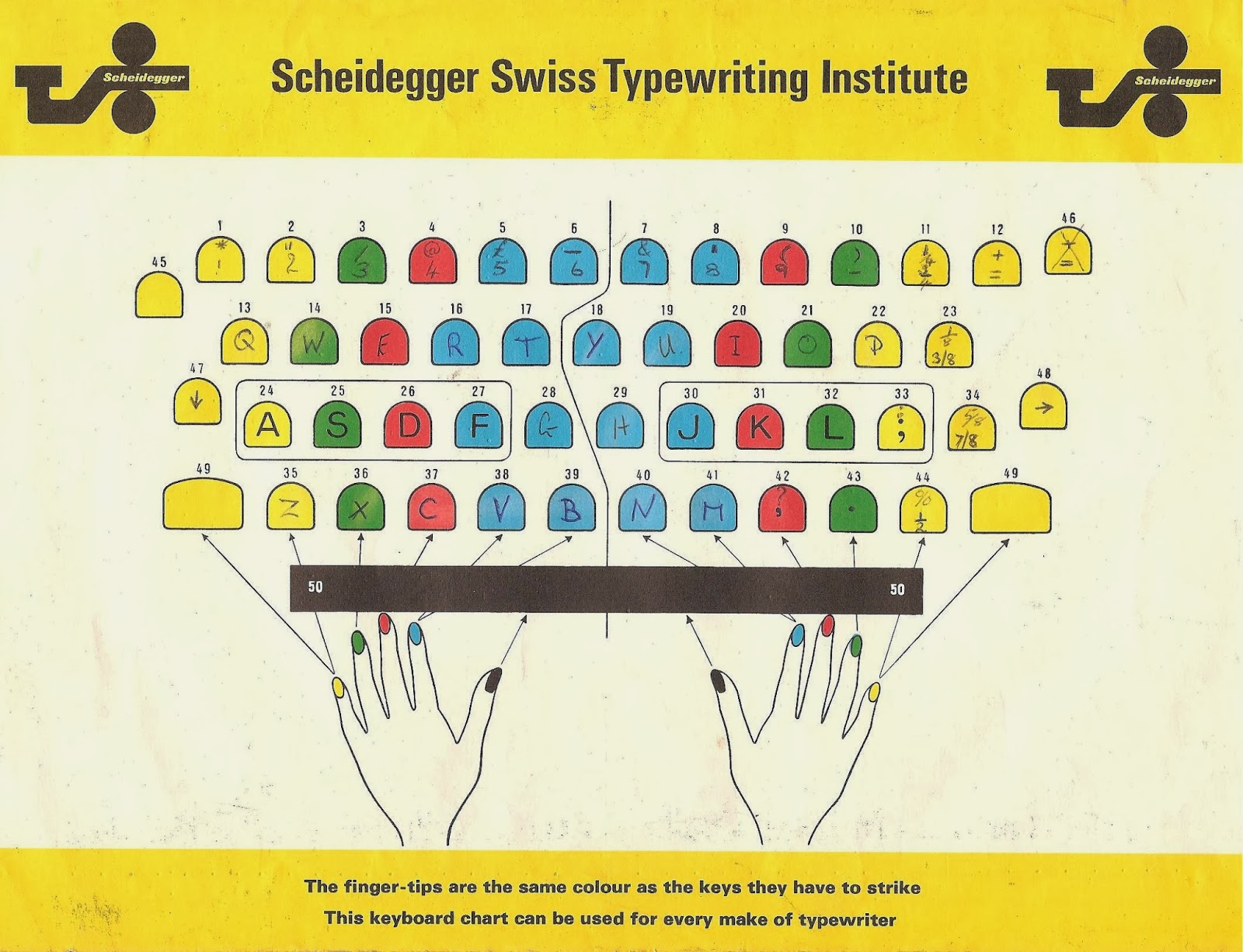 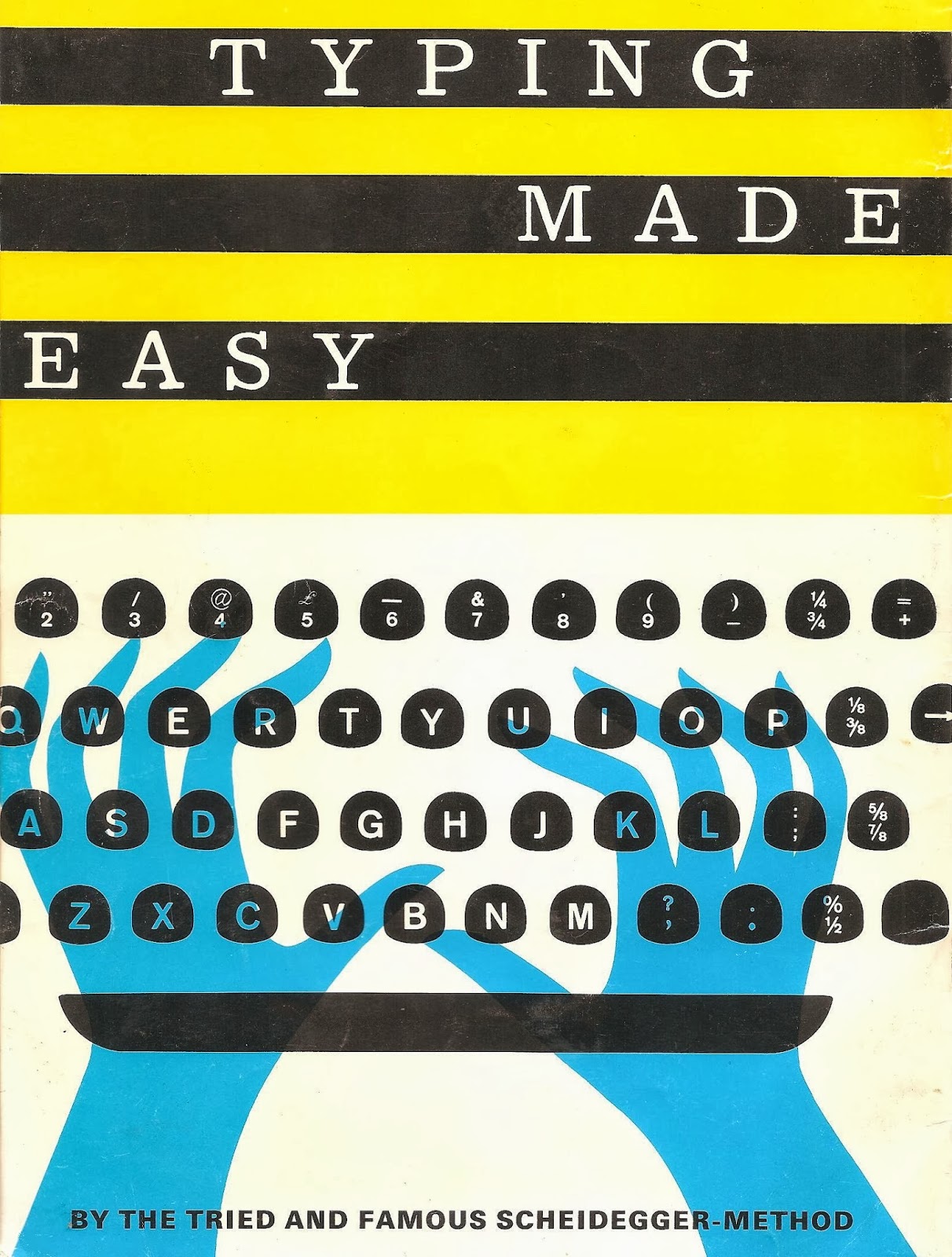 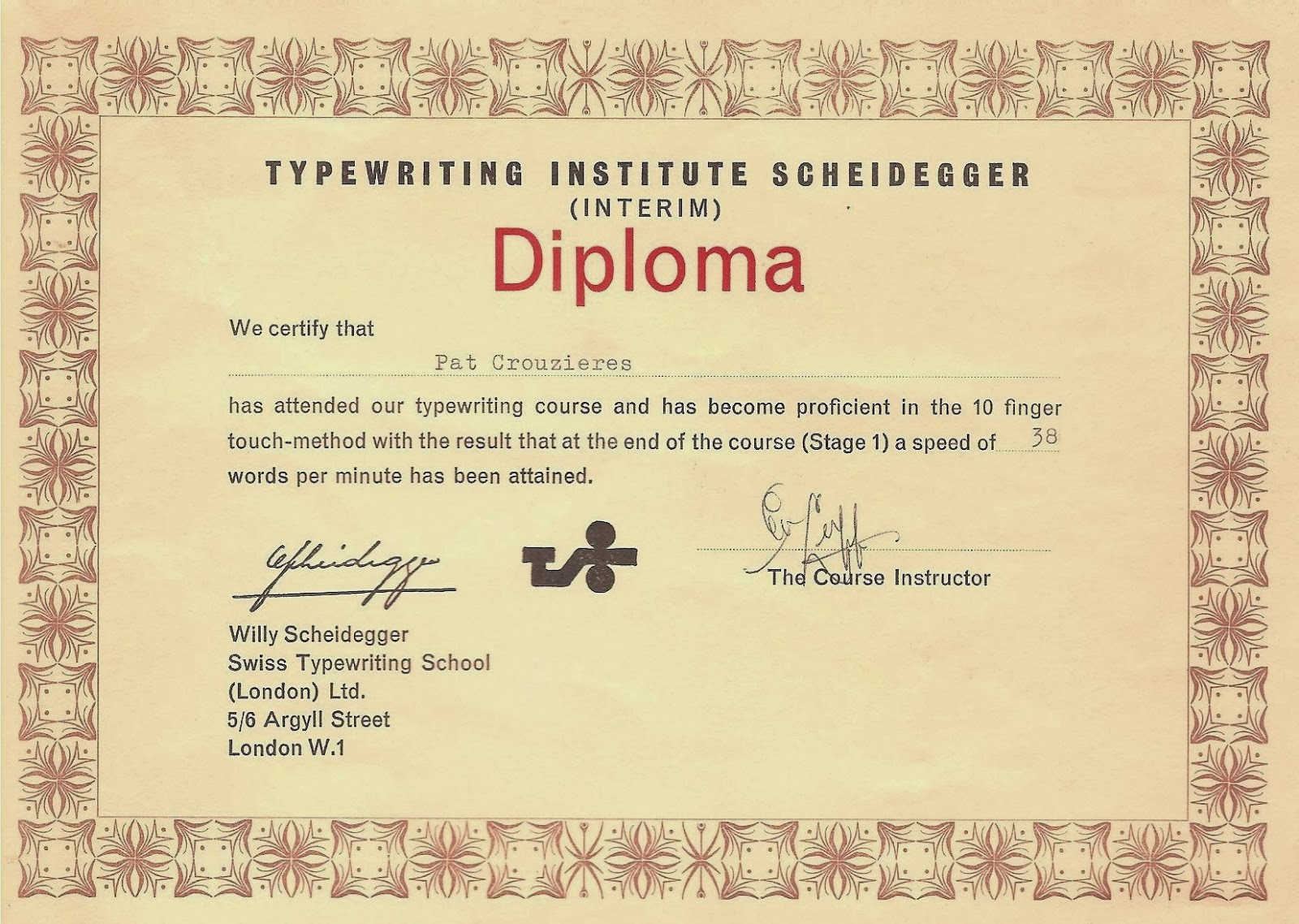 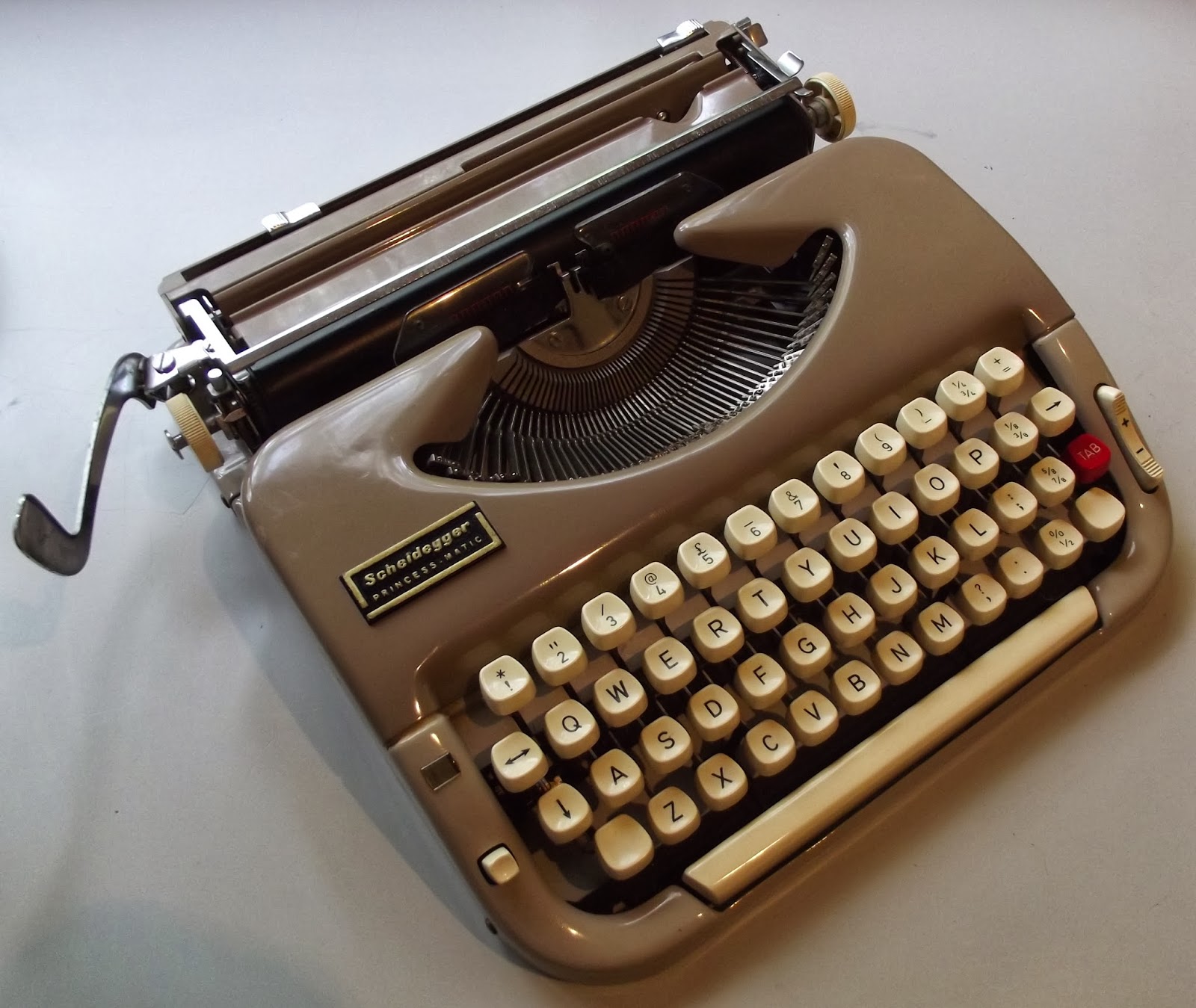 The Princess-Matic portable (Princess 300) is probably the most common of the Scheidegger typewriters, but there are a variety of others: 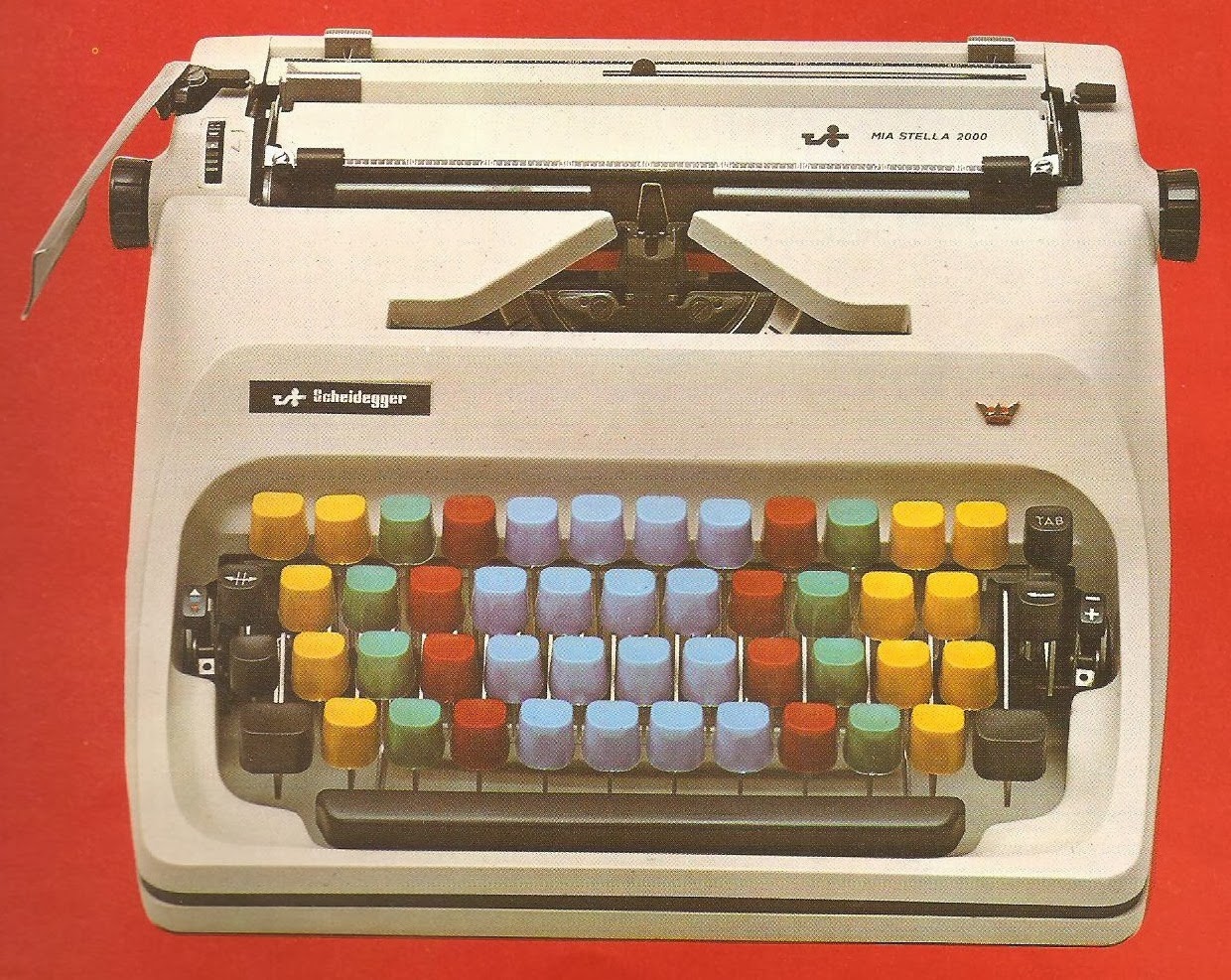 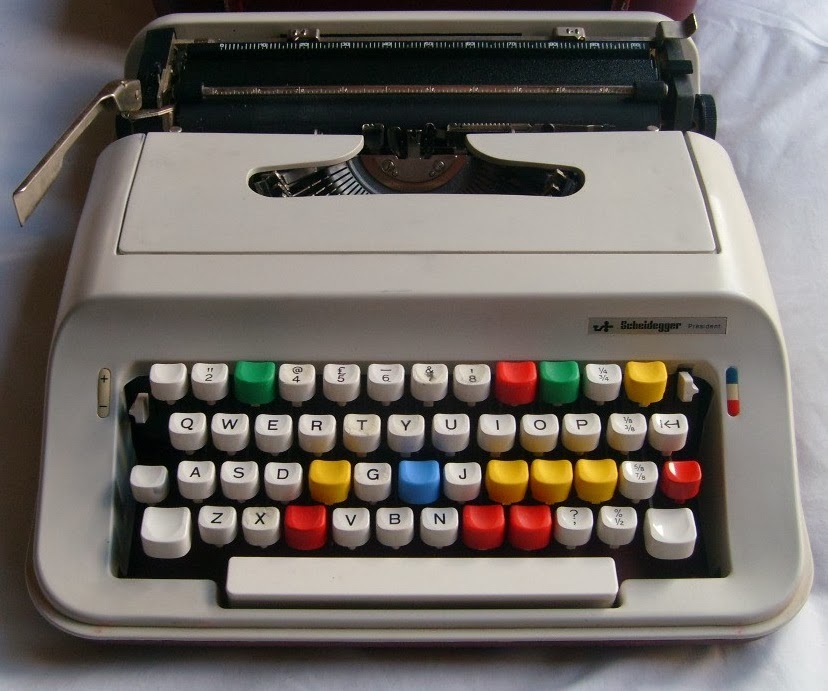 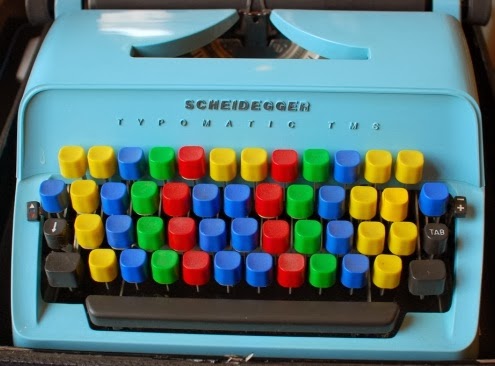 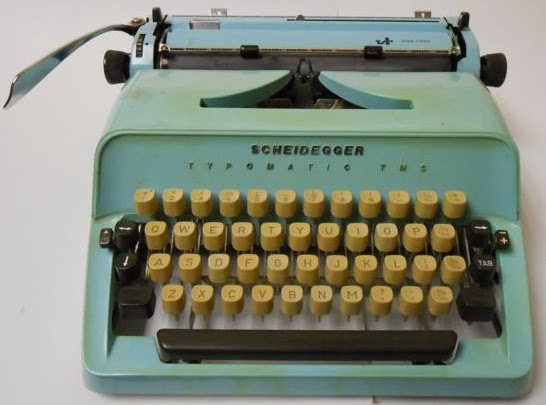 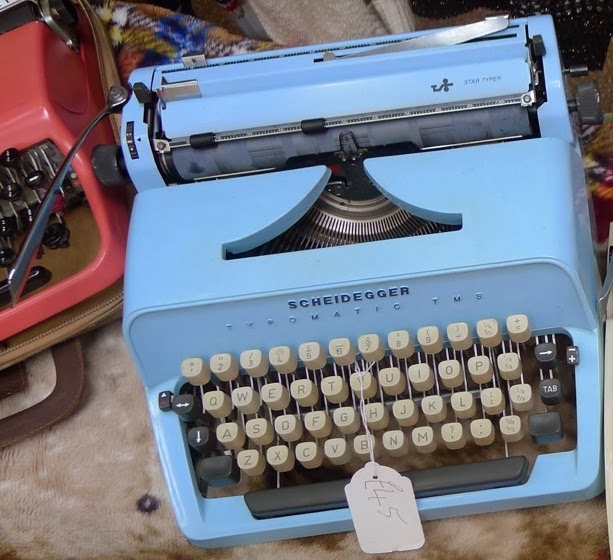 Scheidegger Typomatic TMS Star Typer (Adler International 2000)
Francesco told me that Scheidegger later "refined and patented a system using audio visual colour". It was called the Typomat and used pulses of light and sound to "store in the mind" the location of the keys. 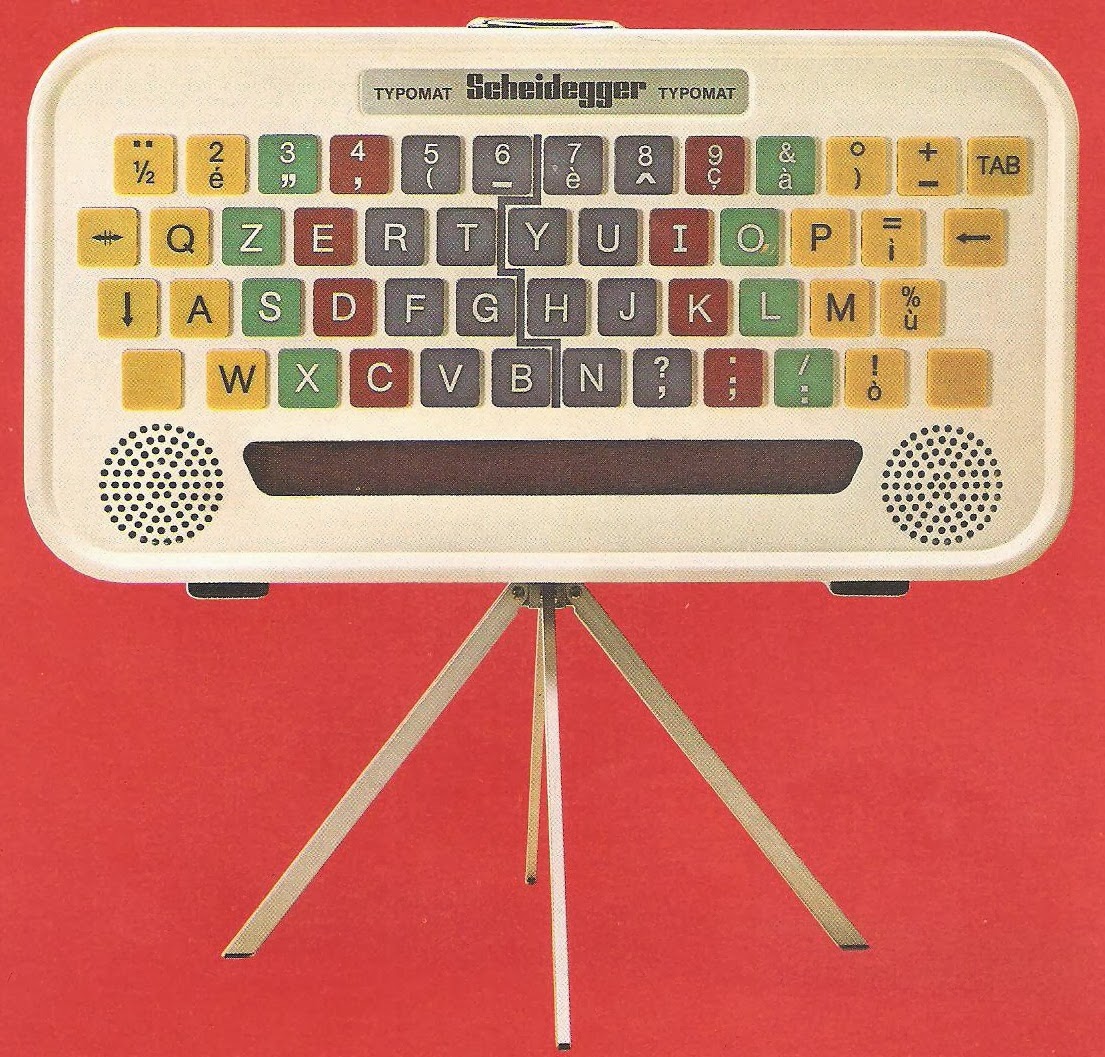 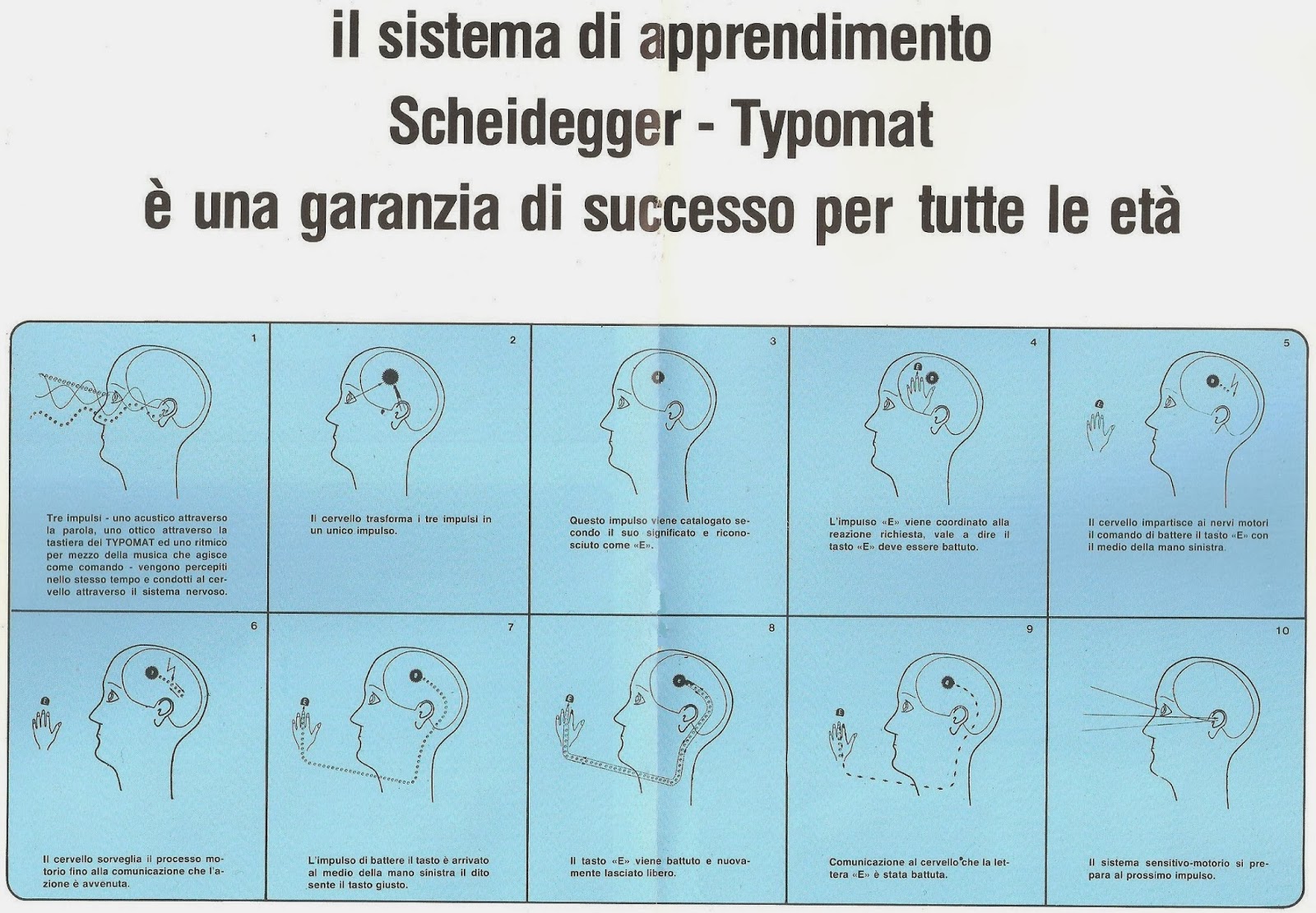 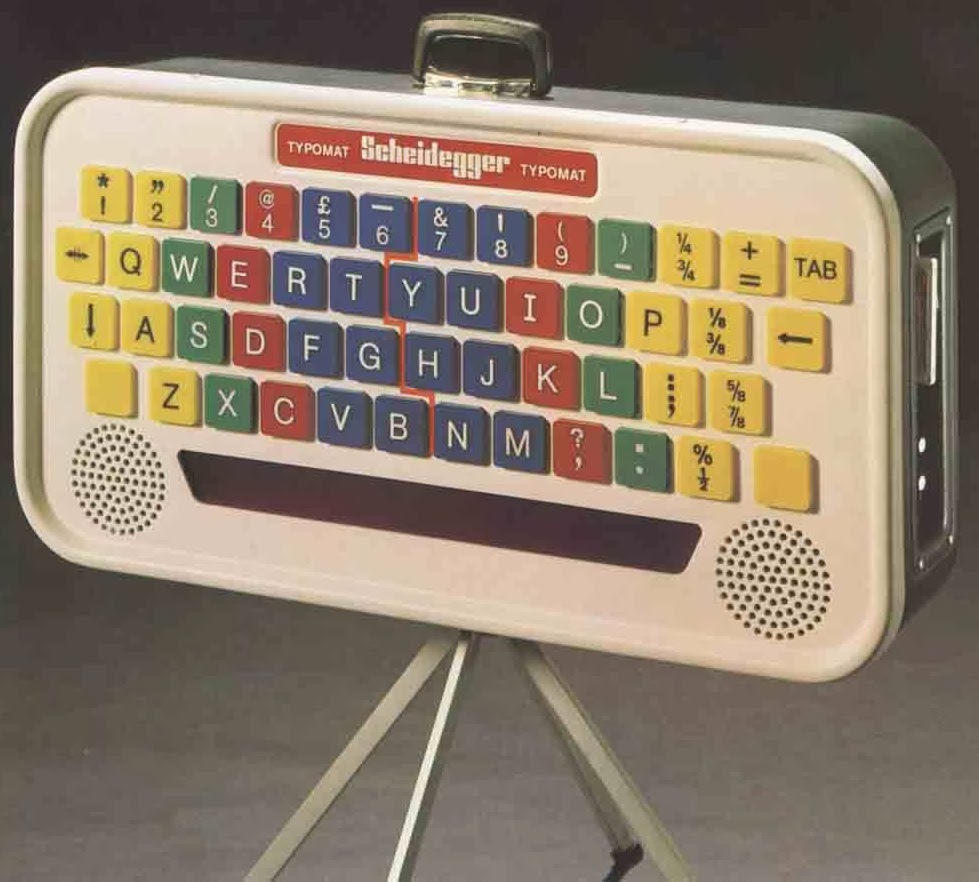 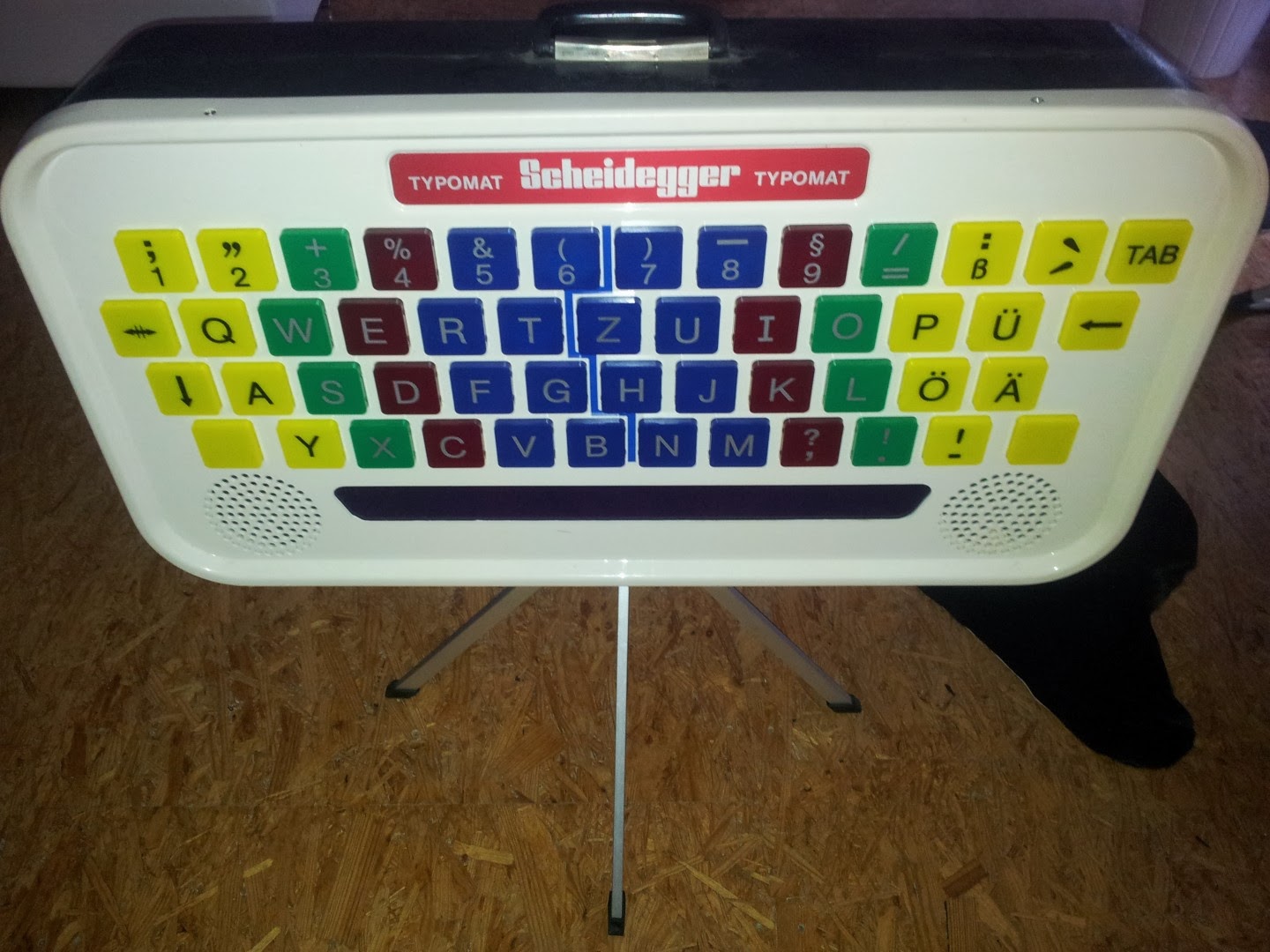 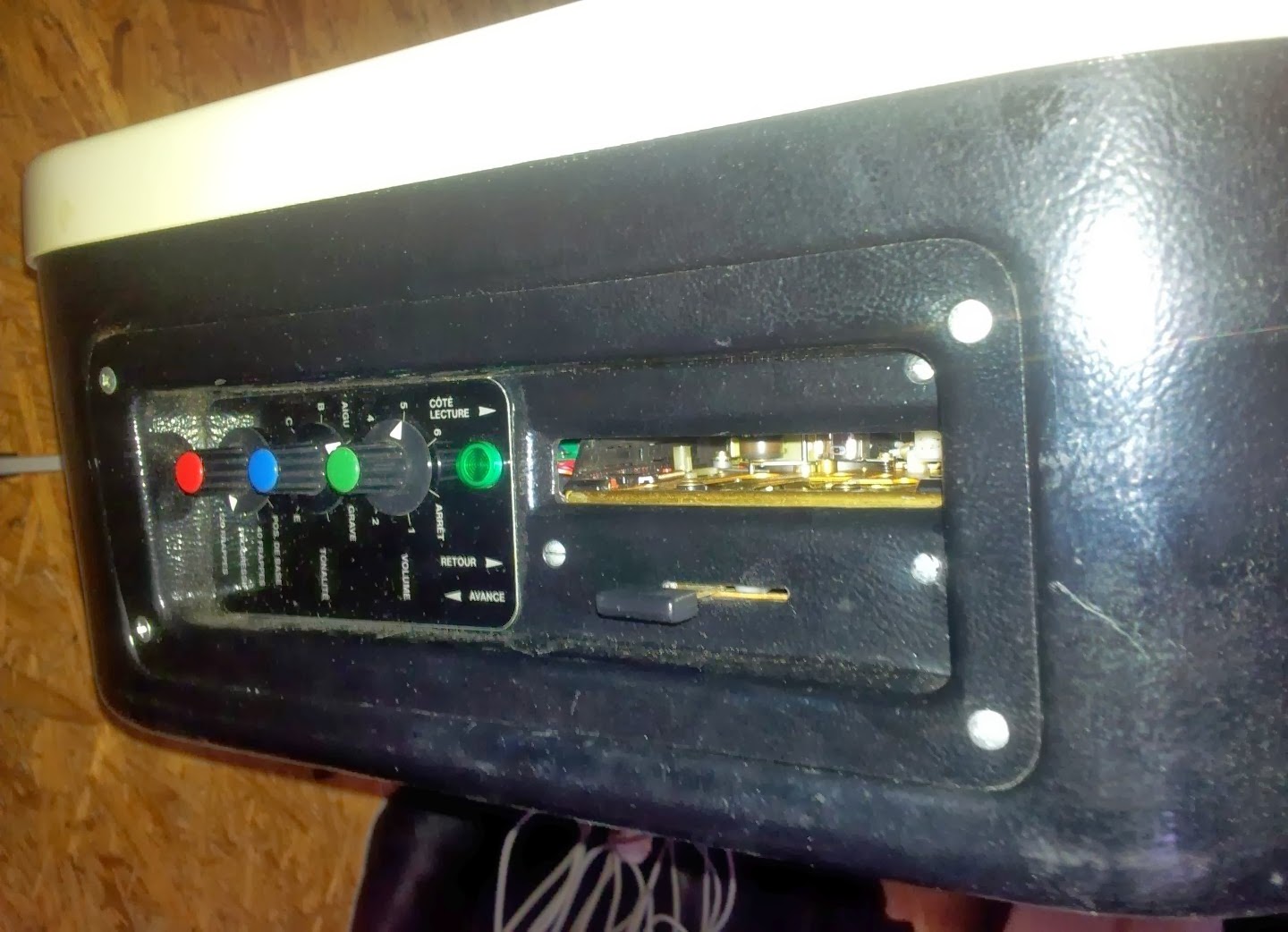 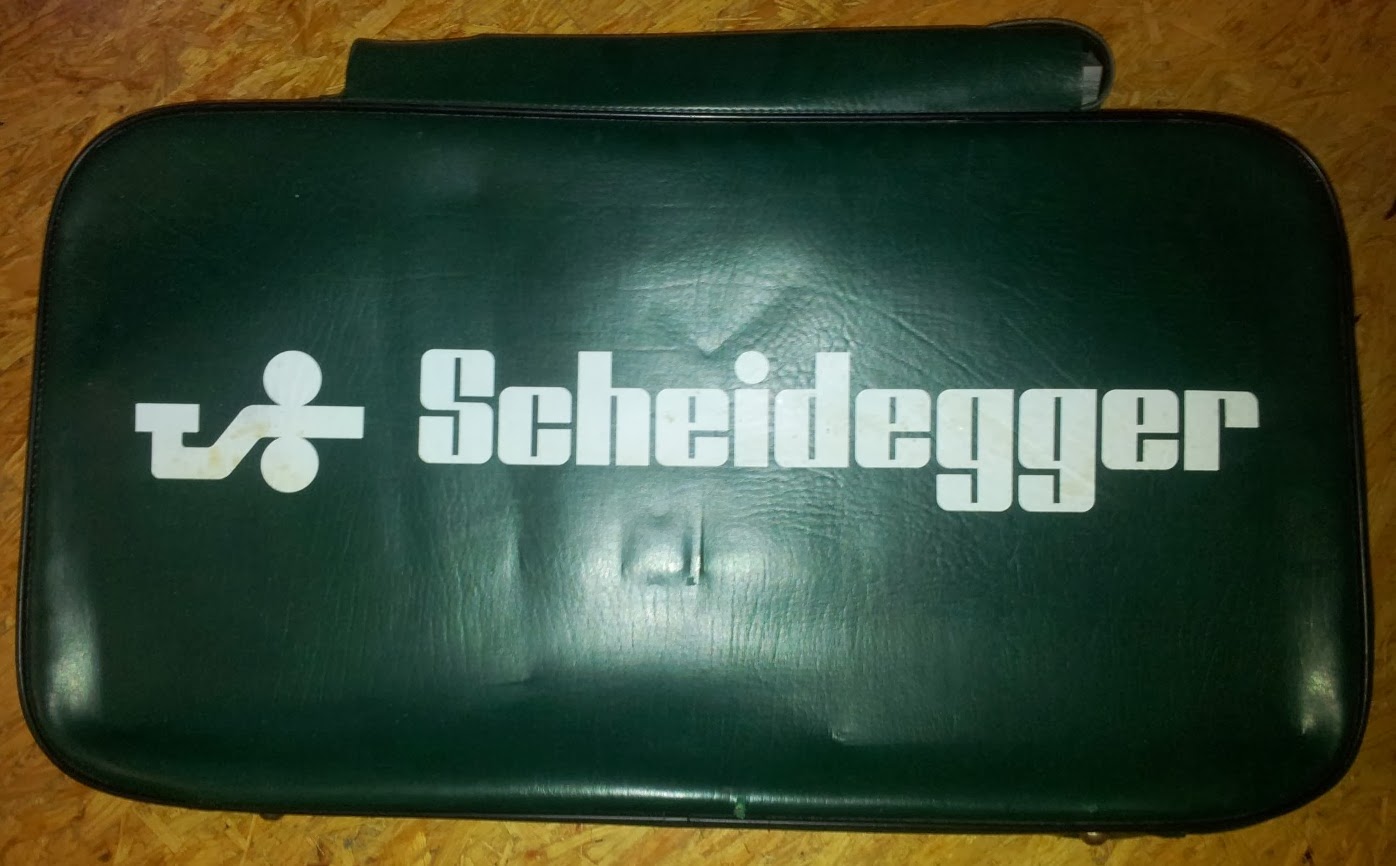 Posted by Robert Messenger at 14:18

Ha, I love the graphics showing all the events in the typist's brain!

Thanks for the insights and the glimpse of Willy himself.

You come up with the most interesting blog subjects, which are fun to see, but you're creating an archive for the future - lest we forget.
What fun to have one of these typewriters! Is there enough info around to actually try out the system and see if it works - I'd be a candidate! Thanks for making our world more real!

Actually, I realized that the "Audio Visual Color" pulses of light deal may be real! I have a friend who, after years of suffering with the pain of losing a child soon after birth, went to a therapy session where they had her look into a machine that flashed lights into here eyes in various patterns for 10 - 15 minutes. The theory was to reprogram the brain in a way to take the difficult emotional reaction out of an experiance, but leave the memory of it intact. She said that it worked beautifully, and she was able to deal with her childs death in an easier way. I'll ask her what it was called,a s I cant remember now. Sound s like Willy was on to something!

I'm pretty sure the colour system was created as an early version of touch typing? so you probably do it whenever you type on a keyboard