To Russia With Love: The Tiniest Typecast 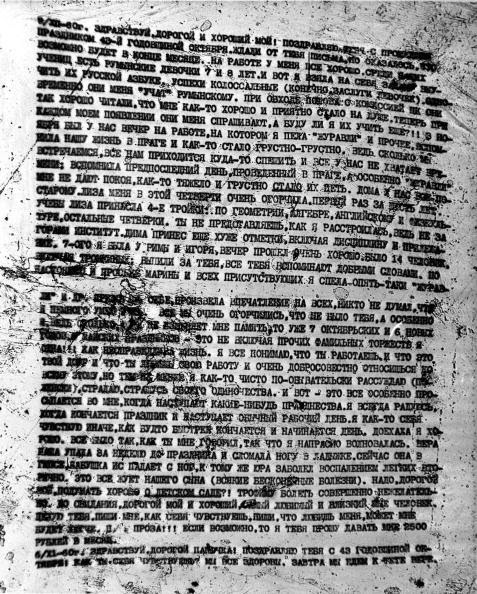 One of Mrs Kroger's typed documents
Ruislip is a suburb in north-west London. In 1961, it would have been an odd place indeed to find a Russian language typewriter. The Krogers'  bungalow at 45 Cranley Drive, Ruislip
But in the hidden cellar of an average suburban bungalow in Ruislip in early 1961, Helen Kroger was busily typing away in Russian - typing US nuclear and British Royal Navy secrets. She would then turn her typed documents into tiny microdots and hide them in her husband's old books. Mrs Helen Kroger
In their attic, the Krogers had a looped antenna for transmissions to Moscow. 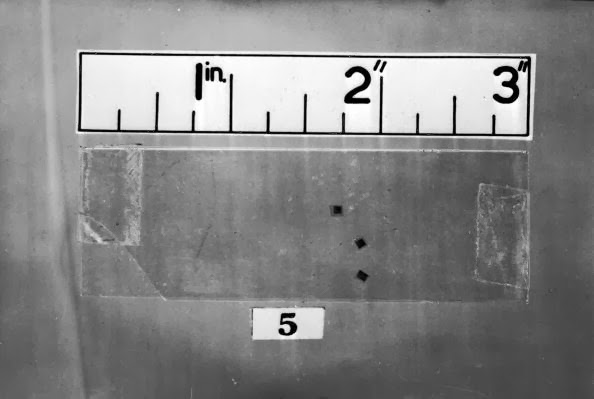 The microdots of typed documents
Well, she was Mrs Helen Kroger to her unsuspecting neighbours - a pleasant, average suburban English housewife, except for her American accent (or was she, as her passport stated, a New Zealander?). In reality, she was Leontine Theresa "Lona" Petka Cohen, ace Russian spy.
The Cold War espionage of Lona and her antiquarian bookseller husband Peter Kroger (Morris Cohen) was exposed on January 7, 1961, when the Ruislip "House of Secrets" was raided by Special Branch. 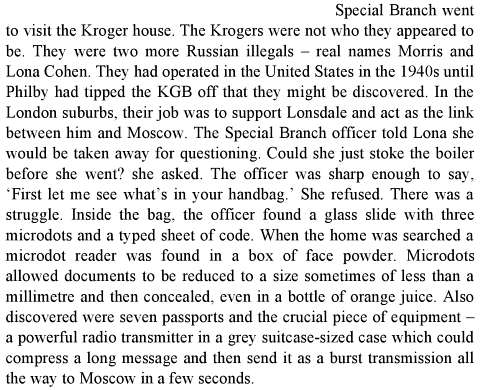 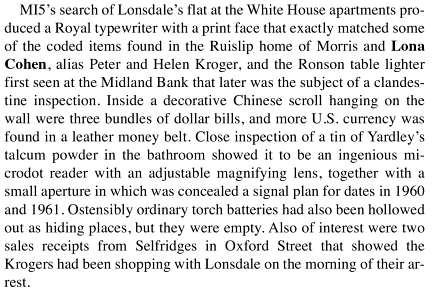 The Cohens were both sentenced to 20 years jail for their parts in a Russian spy ring in Britain, the so-called Portland Spy Ring. 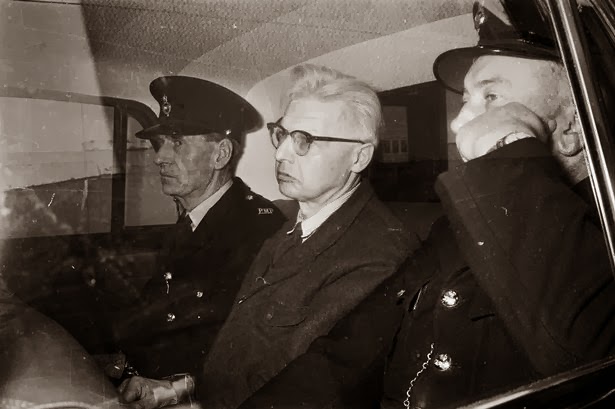 Morris Cohen being transferred to jail.
The Cohens had worked in the US with Ethel and Julius Rosenberg, who were executed for espionage in 1953. All five members of the Portland spy ring were arrested on January 7, 1961. 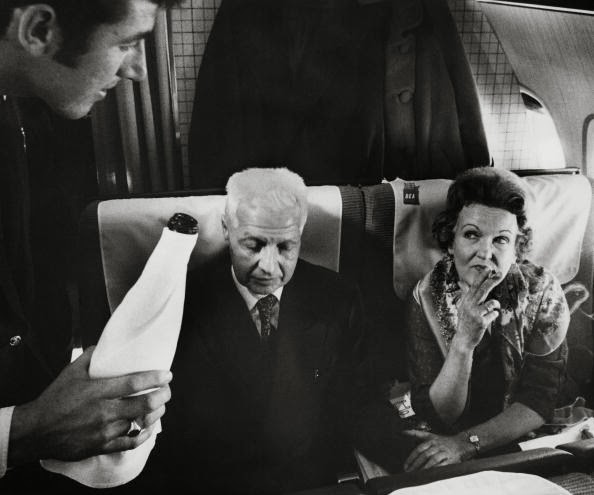 The happy Cohens fly "home" to Moscow from Heathrow, London.
The Cohens were sent to the Soviet Union in  July 1969 in a "spy-swap" with the comparatively innocent British teacher Gerald Brooke. 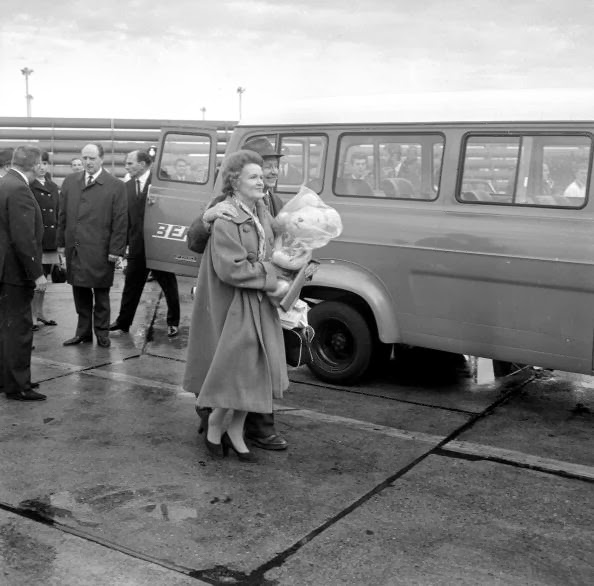 Lona leaves with some souvenirs of England
Lona Petka was born in Adams, Massachusetts, on January 11, 1913. She was a member of the Communist Party USA and had been recruited into Soviet espionage in 1939 by her future husband, Morris (they married in 1941). She worked for Soviet case officers, including Anatoliï Antonovič Jackov (below), out of the New York Rezidentura during World War II. 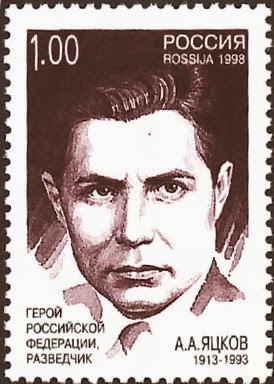 After her husband was drafted in 1942, Cohen ran a network that included engineers and technicians at munitions and aviation plants in the New York area. One of her sources smuggled a working model of a new machine gun out of a munition plant. She worked at two defence plants, the Public Metal Company in New York City in 1941 and the Aircraft Screw Products plant on Long Island in 1943. She was a courier who picked up reports from the American secret atomic weapons project at Los Alamos, New Mexico, and carried them to the Soviet consulate in New York. 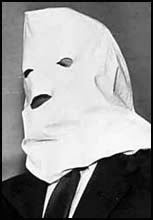 After the defections of Elizabeth Terrill Bentley and Igor Sergeyevich Gouzenko (above), the Cohens ended contact with Soviet intelligence until 1949 and in 1950 fled to Moscow, where Lona received additional training as a radio operator and cipher clerk. In 1954, the pair resurfaced in London with New Zealand passports. They set up an antiquarian book business which was cover for their activities of running the London Illegal Rezidentura. Gordon Arnold Lonsdale (real name Konon Trofimovich Molody) worked with them as part of the Portland Spy Ring. 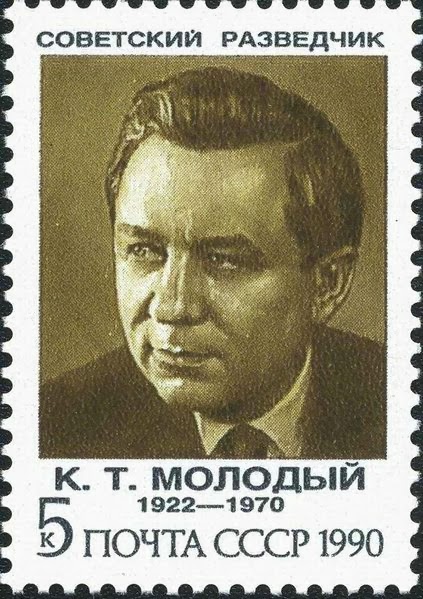 After their release by Britain, the Cohens returned through Warsaw to Moscow and trained other spies for illegal intelligence operations.
Morris Cohen was born in New York on July 2, 1910. He received an athletic scholarship as an outstanding rugby union player to attend Columbia University. In 1937, he joined the Mackenzie-Papineau Battalion and fought as a foreign national volunteer in the Spanish Civil War with compatriot Amadeo Sabatini, a career Soviet spy. Cohen returned to the US in November 1938 and began serving Soviet foreign intelligence.
Lona died in Moscow on December 23, 1992, and Morris died on June 23, 1995. The Cohens were awarded the Order of the Red Banner and the Order of Friendship of Nations for their espionage work. After the dissolution of the Soviet Union, they also were given the title of Hero of the Russian Federation by the Yeltsin government. They lived out their lives on KGB pensions. 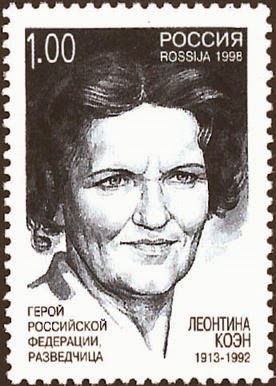 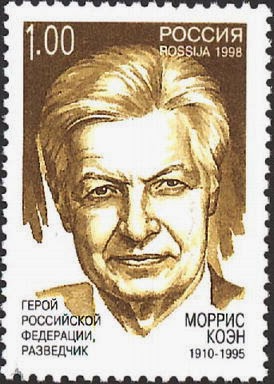 Wow, I didn't know that any country honored their spies by putting them on postage stamps.

Microdots are a new concept for me -- I didn't realize microfilm could get THAT teensy.