On This Day in Typewriter History: Bill Gates Invents a Typewriter 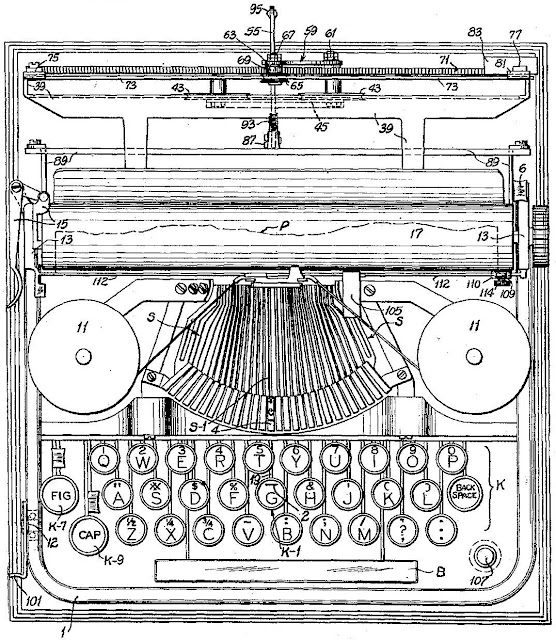 On this day (November 8) in 1948, Bill Gates applied for a US patent for an “automatic character repeating mechanism for typewriters”. Gates obviously saw windows of opportunity in the typewriter-making world. But his was a crazy, mixed-up idea, generally speaking a PC (poor concept). 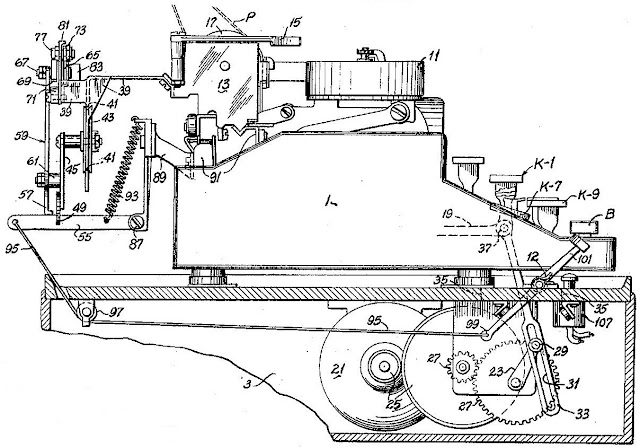 This William S. Gates Jr was from Springfield, Illinois, and he assigned his design to his wife, Vauna Mary Brown Gates (nee Von Braunenburg).
This Bill Gates was born in Lake View, Chicago, in February 1899. the son of another Bill Gates, a doctor. The typewriter-inventing Bill Gates grew up to be a valuation clerk and accountant for a railway company and have a son called Bill Gates (William B.Gates). 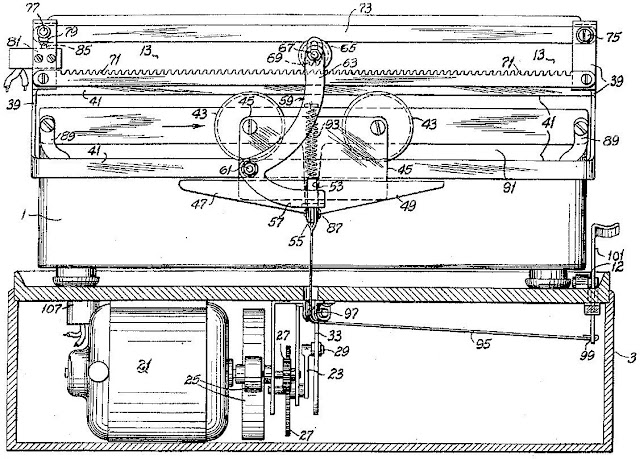 The Bill Gates the reader might have been fooled into thinking this about was born William Henry Gates III in Seattle on October 28, 1955, the son of a lawyer.
Anyway, getting back to the typewriter-inventing Bill Gates, who said of his invention that it required no change in the usual operating linkage of typewriters and permitted a typewriter conveniently to be used as usual. 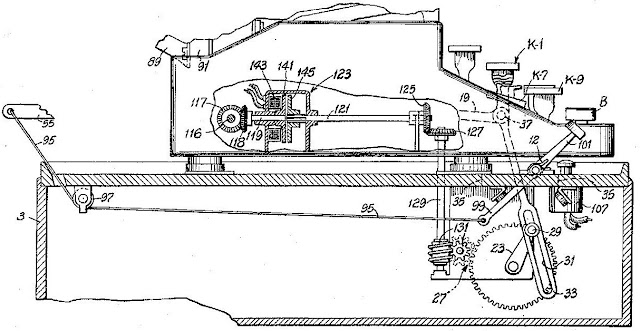 The mechanism would be “conveniently adaptable by an operator to various exigencies of character repetition with a minimum number of auxiliary operations to be learned, said auxiliary operations being simple and foolproof; and the provision of apparatus of this class which is rapid, reliable, simple and economical in construction, and easy to adapt to present-day typewriter designs.”
Posted by Robert Messenger at 07:29

That design is very clumsy. I can only assume that he ended up being well of the mark. A bit of a vista mechanically.

He was clearly no XP on design.

Thanks for the windows onto typewriter history ... seems like a lot of trouble just to make a character repeat mechanically!

But now we have typers with some kind of repeat spacing mechanism, don't we?