On This Day in Typewriter History: Avery’s Corona Holds a Quarter of a Century Later 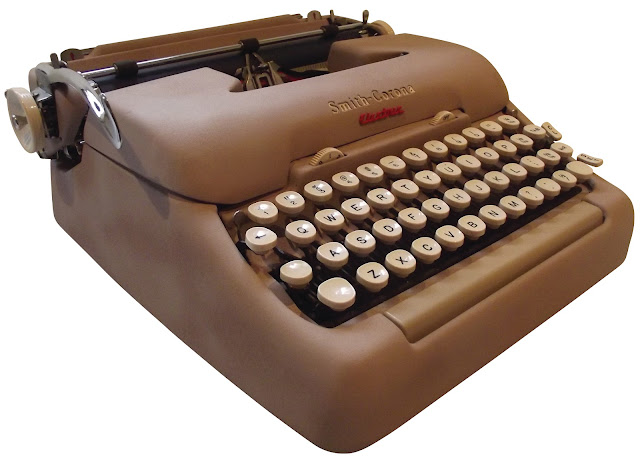 When Joseph Peter Barkdoll sat down in 1957 to design the world’s first electric portable typewriter, the Smith-Corona 5TE, he felt no need to change the basic mechanism of the Corona.
Barkdoll wrote in his specifications for the 5TE, “The invention relates to improvements in typewriters having power-operated instrumentalities … The conventional parts of the known typewriter shown are substantially similar to those shown and described in detail in United States Patent 1,981,982, granted November 27, 1934, to H. A. Avery and, therefore, need only be described briefly.” 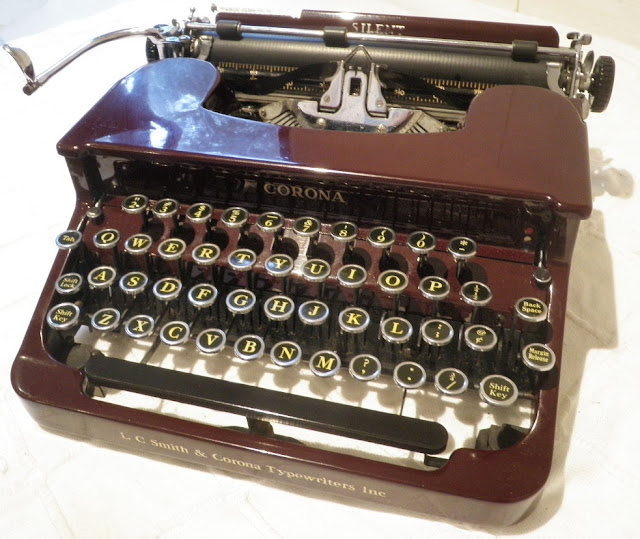 Yes, 25 years after Henry Allen Avery had re-designed the Corona four-bank, creating the Clipper-Sterling-Silent series, his work was still good enough for Barkdoll. “Al” Avery had been issued with his patent on this day (November 27) in 1934, but had applied for it in January 1932. 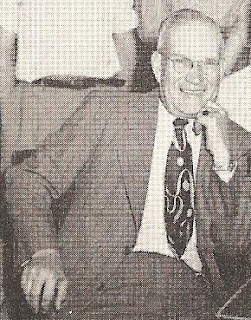 Al Avery
By a weird coincidence, on this day in 1936, one Harold T.Avery, of Oakland, California, applied for a patent for an electric control device for a Marchant calculating machine. One year after the Smith-Corona 5TE emerged in 1957, Marchant became part of the same stable.
Posted by Robert Messenger at 20:04