On This Day in Typewriter History: From Mother of Pearl to Diamond Teeth – Crandall’s International 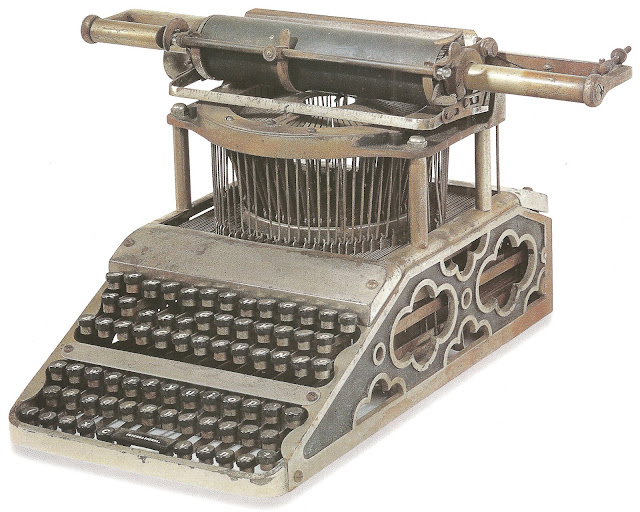 Lucien Stephen Crandall found that he was a hard act to follow. After the glorious Crandall typewriter, with its mother-of-pearl inlay, gold filigreed pinstripes and painted flowers, he struggled to put in a repeat performance of such stunning proportions. 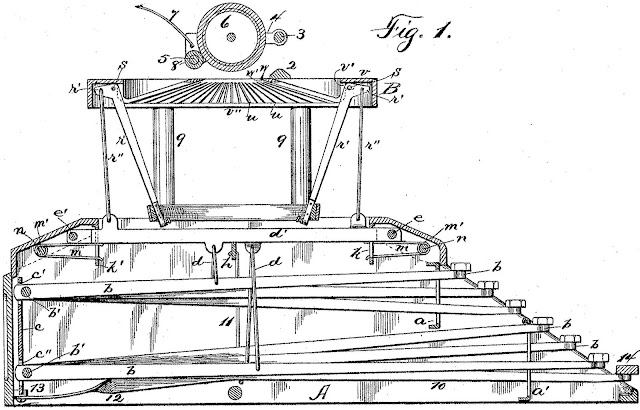 In the late 1880s, however, he found a potential manufacturer for a completely new typewriter: one William Avery Sweet - a flashy, wealthy and highly successful Syracuse businessman with diamonds set in his teeth. 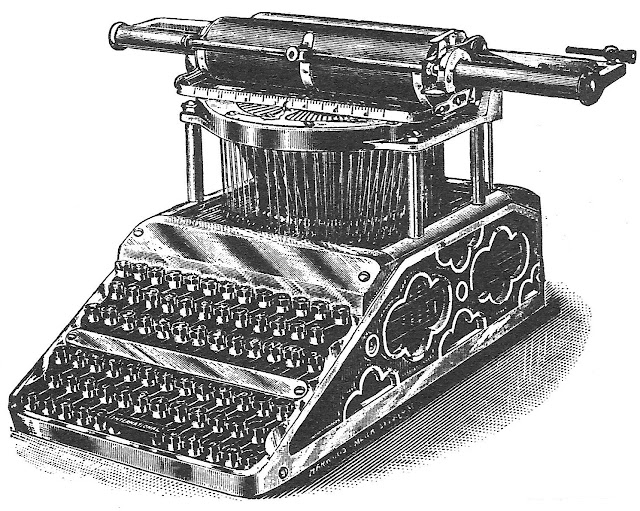 The typewriter was the International. Flavio Mantelli covered the various versions of this machine in an article in ETCetera No 94, in June last year. In it, Flavio wrote, “…the actual patents for the International were not granted until 1893, with four patents issued on [this day] November 28." 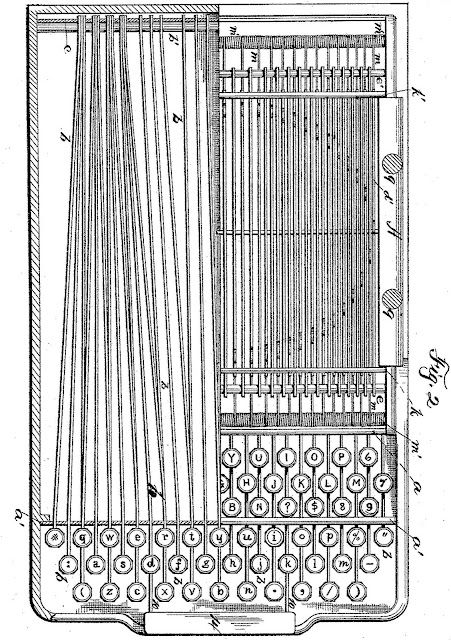 What wasn’t mentioned is that these four, plus two others, issued in the following two years, were all assigned to William A. Sweet. These were six of the last seven typewriter patents taken out by Crandall – he had 11 altogether, dating back to 1875. 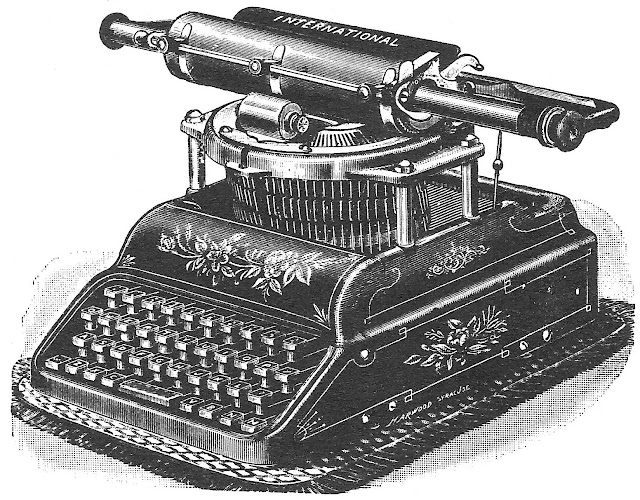 The International was always going to be entirely different. Crandall announced, “My invention consists of several novel features of construction and operation.”

The main objective was, he said, “to produce a new typebar key lever mechanism comprising rearwardly pivoted key-levers, arranged partly parallel and partly out of parallelism, upon a pivot rod and projecting rearward into a vertical plate provided with vertical slots of varying width, said key-levers being also arranged in banks, and connected to auxiliary levers above them, which are alternately pivoted front and rear and are connected to the typebars, in which the typebars are guided in their vertical movements by vertical and radial slots in the type-barring; in which the auxiliary levers are guided vertically in slotted combs receiving their ends; in which all of said auxiliary-levers rest upon, or are supported by a crossbar, vertically movable and connected to the spacing-key levers; and in which the typebars are pivoted in a typebar ring, which is radially slotted, said slots receiving more or less of said typebars and guiding them in their vertical movements and preventing any lateral springing thereof.”

Sounds great, but in reality the International failed to match the impact of the Crandall.

Thus it came to be that in 1900, Crandall was still dining out in his efforts of a quarter of a century earlier.

Daily Evening, San Francisco, July 22, 1873
New York’s The World newspaper reported on April 10 of that year that, at a gathering to form a Crandall Genealogical Association in the Astor House, Crandall declared:
"I am the man who invented the typewriter girl."
To which fellow family members responded, “You have a great deal to answer for.”
“The world has a great deal to thank me for,” Crandall retorted.
“I invented a typewriting machine, and in 1874 I first employed a young woman to write on my typewriter. If, when I die, each typewriter girl contributes a penny I'll have a monument as tall as the Statue of Liberty.”
The meeting at the Astor House revealed that the first of the family to arrive in America was John Crandall, who sailed into Boston Harbour in 1634.  He was the first Seventh Day Adventist on the continent. One lllustrious Crandall, Joseph, founded Utica in 1701. Benjamin P. Crandall, first of the family in New York City, invented the baby carriage. 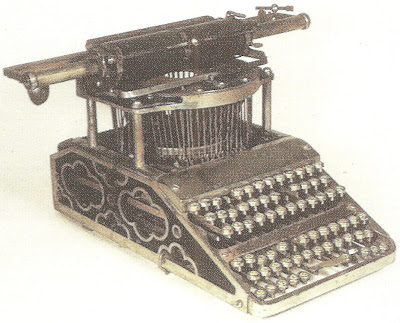 The World reported, “Lucien Stephen Crandall, the [association] president, not only invented the blessed and beautiful typewriter girl but has 83 other inventions to his credit.” 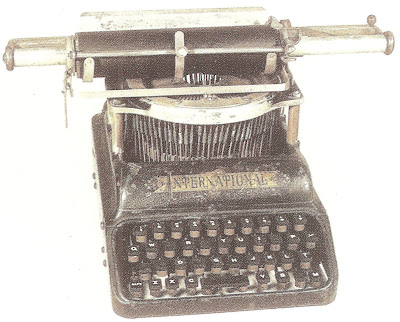 Homer, John and William Sweet were well  known brothers of Pompey Hill. Homer Sweet was a poet and surveyor. John Edison Sweet was an engineer, a professor at Cornell University and a dean at Syracuse University. William Sweet refined some of the steel manufacturing techniques of the day and in 1890 manufactured $740,000 worth of steel at his company in Syracuse. 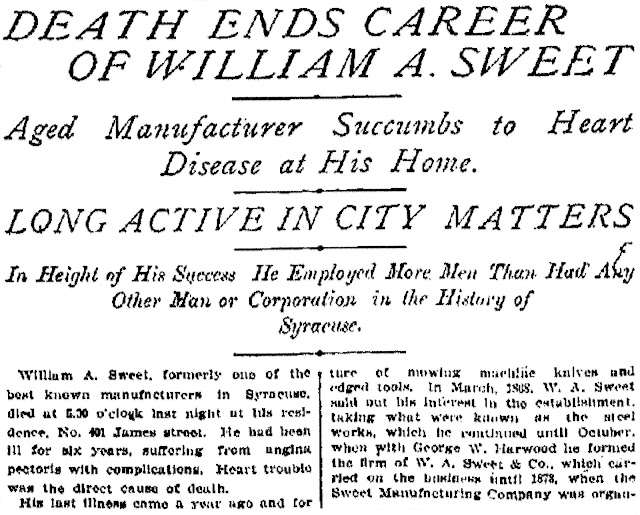 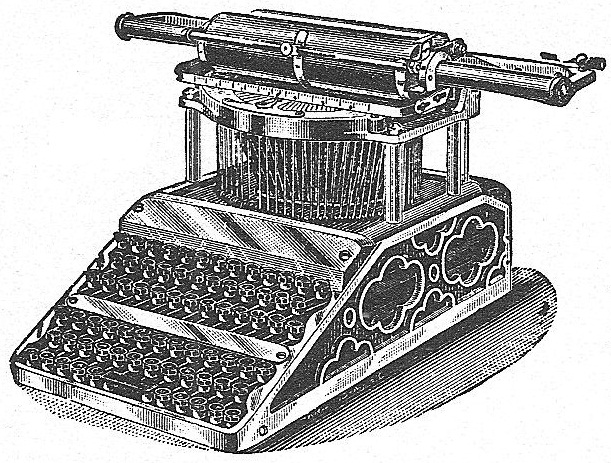 Posted by Robert Messenger at 01:01

Interesting. I get the feeling that Lucien was quite the dandy ...