On This Day in Typewriter History: The Sage of Cincinatti 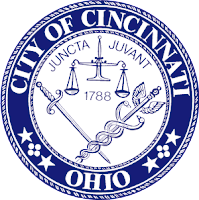 Here in Canberra, Australia, it's 2.06pm on Wednesday, November 21st, 2012.
It's still 10.06pm in Cincinnati, Ohio. We're 16 hours ahead. Sixteen hours to get our celebrations in first.
Celebrations of the anniversary of the reaffirmation of the worth of the typewriter.
The Typosphere had its own Big Bang, at least four years ago now, and continues to grow and thrive. There's even another Typospherian in the neighbourhood.
The Typewriter Insurgency manifesto has been written, the revolution has begun.
The last typewriter has been made in Britain, but the earth still goes on spinning on its platen (though its rotation has slowed by 0.00022 of a second in the last decade; we'll lose a line of copy once in every 1000 centuries if this keeps up).
What else of any real importance has changed in the past 10 years?
That fount of all current knowledge, Wikipedia, tells us that on Thursday, November 21st, 2002, nothing happened!
How wrong could it be?
At 2.06pm Cincinnati time, on November 21st, 2002, almost exactly 10 years ago, Richard Polt went online. He had some important business to attend to.
A passionate defence of typewriters.
There's probably no one better qualified to speak up for the ongoing use of the typewriter.
Someone had said: "Nowadays I find using a mechanical typewriter with no word wrapping, and having to feed in a new sheet of paper every 250 words or so, gets in the way of writing. It's also too much like hard work."
To which our Professor Polt replied:

"Understandable. And I use my Macs for most everyday writing projects, myself. However, for harder and more serious writing (a draft of an academic book) I've recently been using a manual typewriter,for several reasons:
(i) A typewriter makes you more decisive. You have to think and choose before you write, at least more than with the computer, where it's so easy to go back and delete things.
(ii) When you do make changes on a typescript, they are there on the page - a word has been crossed out or xxxx'ed out, other words are written between the lines, etc. So you can see the history of your thought process, which is sometimes very useful.
(iii) There are no distractions! A computer is always humming and waiting for me to check my e-mail again, or surf eBay, or a million other forms of procrastination.
(iv) OK, there is one form of distraction, but I really enjoy it: the music of the typebars and bell, and the durable beauty of the typewriter.
"As for which typewriter to use, I've recently used a Fox 23, Remington Noiseless #7 (my all-time favorite), and a Harris 4. I like to experiment with different machines.
"Eventually, of course, I'll have to retype my typescript into a computer. But that will just be another occasion for polishing and rethinking; it's not a drawback."
This Yahoo online typewriter forum discussion went further, praising Professor Polt's response.
Steve Maloney was moved to write:
haiku, final (underwood):
autumn leaves rustling
an old typewriter clicking
not a sound remains
Writing haiku on typewriters, as I have done for 42 years now, means never having to be told by a machine to start every new line with a capital letter. Which is one of a multitude of reasons why I still use a typewriter. So, as Paul Simon said in A Simple Desultory Philippic (or How I Was Robert Messenger'd into Submission):
when in canberra, do as I do
find yourself a friendly haiku
go to sleep for 10 or 15 years
Or until the next anniversary of the Polt proclamation.

Posted by Robert Messenger at 15:52

Love it, Robert. And stumbling upon Richard's website is how I ended up collecting - and using - typewriters. Well done, to both of you.

I wince at seeing myself called a "sage," but still, thanks for this blast from the past. I did finally finish that book. The manuscript/typescript is a hodgepodge of word-processed, handwritten, and typewritten pages, full of arrows and insertions and cross-outs, which all had to be transformed into a digital file. But I have kept those messy pages in a binder and enjoy the thought that I can go back and see my (confused) thought process, right there on paper.

Thank you Duffy Moon. I agree about the inspiration gained from Richard's website.
Richard, so sorry to have made you wince, I hope you will forgive me. But I was desperate for something to write about on this day. Wikipedia might be right: Nothing happened!
BTW, your words here about the thought process have been echoed in recent days with reactions to the British news story about the end of Brother typewriter manufacturing in Wrexham.

PS: It was sincere and meant in the nicest possible way. Quite apart from your vast knowledge of typewriters, and ability to pluck facts in an instant, it strikes me that your (perceived) calmness in all this adds to my perception of wisdom. But I don't wish to embarrass you in any way, sorry. You know I have always been a great and genuine admirer.