On This Day in Typewriter History: Schuckers’ Essex Typewriter 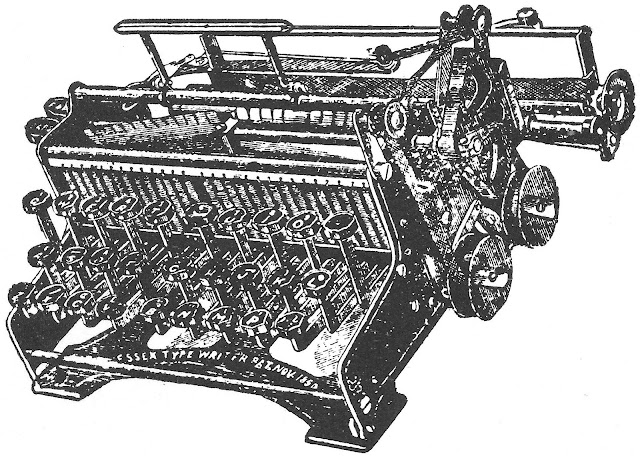 Jacobs William Schuckers’ place in type setting history is secure, with his invention of the double-wedge spaceband line justification method which made the Mergenthaler Linotype machine what it was.
Much less known is that Schuckers invented at least one if not two typewriters which went into production.
We do know his Essex typewriter, for which Schuckers was issued with three patents on this day (November 25) in 1890, was made. Mares says it was a low-priced typewheel machine “which existed but a very short time”.
The first of Schuckers’ eight typewriter patents, applied for between 1886 (when he was still living in Philadelphia) and 1904, was unassigned and it was for a swinging sector machine. Michael Adler claims the Essex Universal Typewriter Company of New York produced just such a machine in 1890, “but with limited success”.
Schuckers’ next four designs were all for typewheel typewriters. The first of these was applied for in 1889, by which time Schuckers had moved to Newark. It was assigned to the Clyde Type Writer Company of West Virginia. Schuckers’ following three designs came later that same year and were assigned to the Essex Typewriter Company, also of West Virginia.
His final three designs, between 1890-1901, were all unassigned and were also all for typewheel machines. 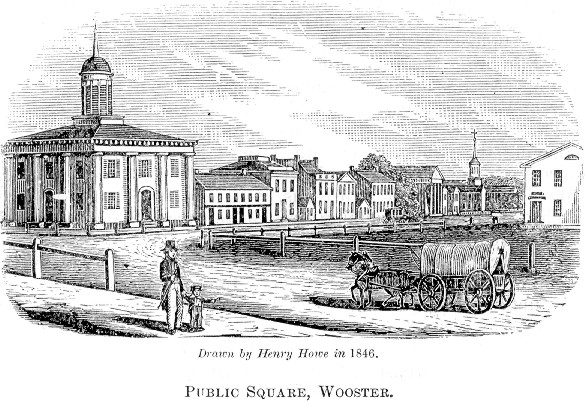 Schuckers was born in Wooster, Ohio, in 1831 and left school at 15 to work in the composing room of the Wooster Republican. After some years in newspaper work, primarily in composing and printing, Schuckers became the private secretary of Ohio senator and governor Salmon Portland Chase, Treasury Secretary under Abraham Lincoln and a US Chief Justice. 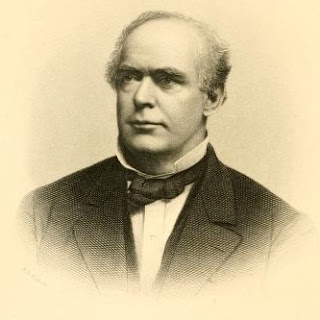 Schuckers wrote Chase’s biography, as well as A Brief Account of the Finances and Paper Money of the Revolutionary War (1874). He also gave a notable address titled The Currency Conflict in 1877. 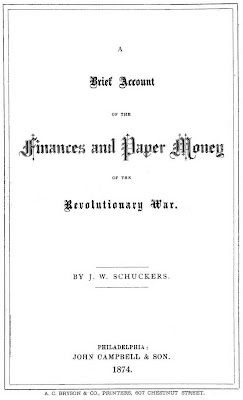 Chase (1808-1873) was one of the most prominent members of the new Republican Party before becoming Chief Justice. He articulated the "slave power conspiracy" thesis well before Lincoln, devoting his energies to the destruction of what he considered the Slave Power – the conspiracy of Southern slave owners to seize control of the federal government and block the progress of liberty. He coined the slogan of the Free Soil Party, "Free Soil, Free Labor, Free Men". 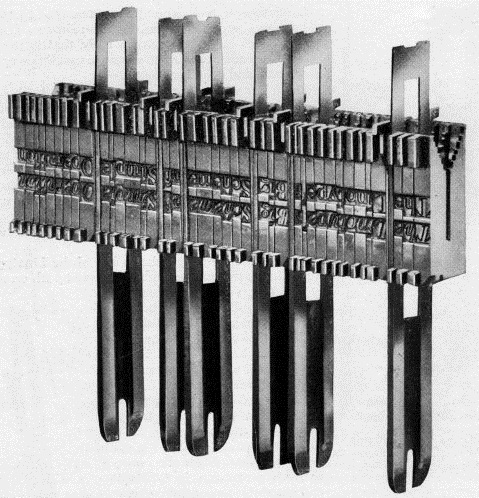 Meanwhile, Schuckers’ most notable achievement was the spaceband method of justifying typeset lines.
John Raphael Rogers (1856-1934) begun experiments in 1881 to space lines of type mechanically and in 1888 patented a machine to make stereotype matrices. He founded the Rogers Typograph Company in Cleveland and devised a form of the double-wedge spaceband, but came into competition with the Ottmar Mergenthaler Linotype. In a suit against Rogers, Mergenthaler (1854-1899) obtained an injunction. This became a three-cornered interference suit involving Schuckers, whose patent application had been bought by Rogers.

After some years of litigation, credit for the broad principle of the double-wedge was awarded to Schuckers and the right to use it became the property of the Rogers Typograph Company. The Mergenthaler company finally bought all the assets of the Rogers company, and in July 1895 the two were consolidated. Rogers joined Mergenthaler as consulting engineer and chief of its experimental department. 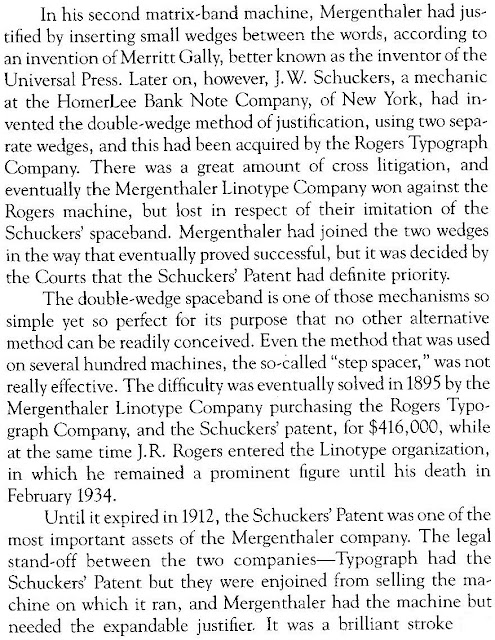 Schuckers died in Buffalo on November 23, 1901, aged 69. He was buried in Washington.
He had worked on the Essex typewriter with Martin Oscar Rehfuss (1858-1940), another mechanical engineer and inventor. Rehfuss was the son of George Rehfuss, founder of the American Buttonhole Sewing machine Company. 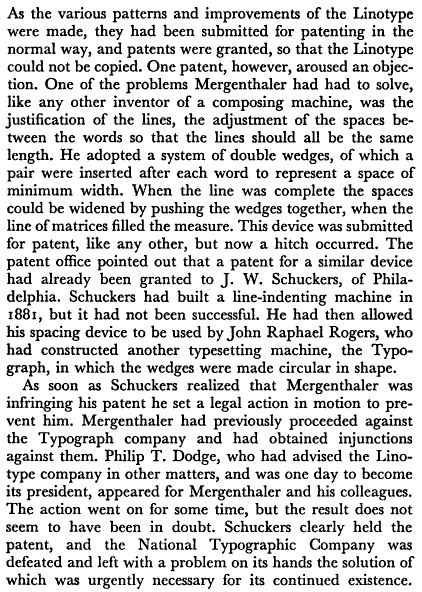 Posted by Robert Messenger at 18:03

An Essex would certainly be a dream machine to find!