On This Day in Typewriter History: Berger’s Unique Toy Typewriter 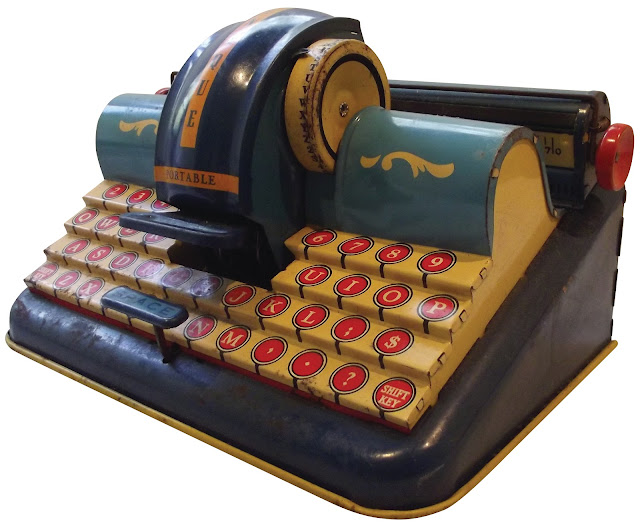 Samuel Irving Berger designed many eye-catching toys and toy typewriters, perhaps most notably for Louis Marx in the early 1930s. But among my favourites is this one, the Unique Portable typewriter, for which Berger applied for an independent design patent on this day (November 26) in 1946. 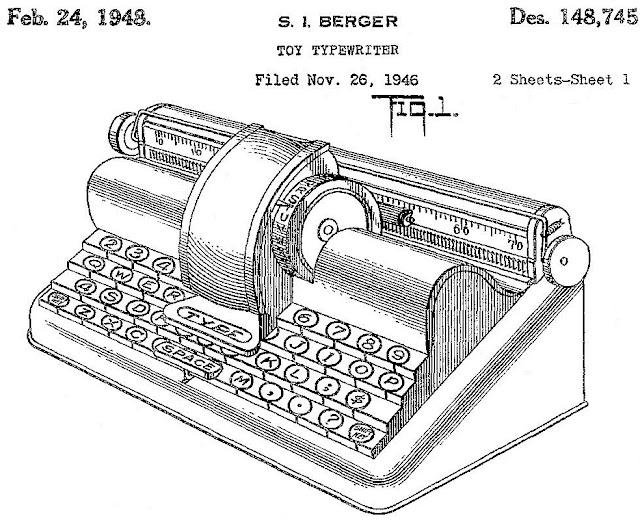 Berger was born to Russian parents in Newark, New Jersey, on August 9, 1889, and started out working in his father's tailor shop. He died in 1970, aged 81.
He designed toy typewriters on commission for Marx and Mettoy (and Mettype) as well as his own companies, Berwin and Unique. Berger and Marx had a falling out in the late 1940s, over competing toy train designs. The two had previously cooperated, with Marx providing tooling to Unique and sometimes acting as a distributor for Unique's products. 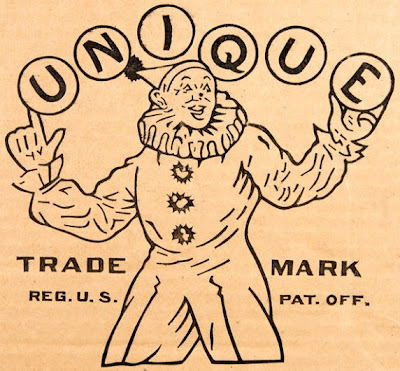 In 1949, Unique began producing lithographed tin O-gauge toy trains, using tooling of its own design along with some recycled tooling from the defunct Dorfan Company. Unique sold its trains in inexpensive boxed sets like Marx. Louis Marx saw this as a betrayal and responded with a new line similar in size to Unique's, but with lithography that looked more realistic. Unique found itself unable to compete, and had withdrawn its trains from the market by 1951.  Marx also moved production of toy typewriters to Japan in order to undercut Unique's price.
Still, Sammy had done well enough by 1940 to be able to afford Caldwell Timberlake as a butler and Edna Goss as a maid. 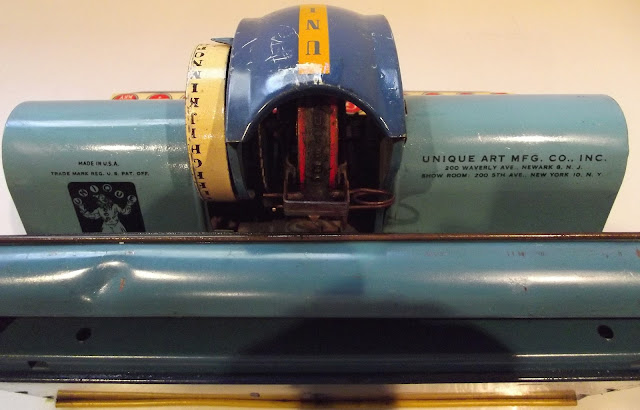 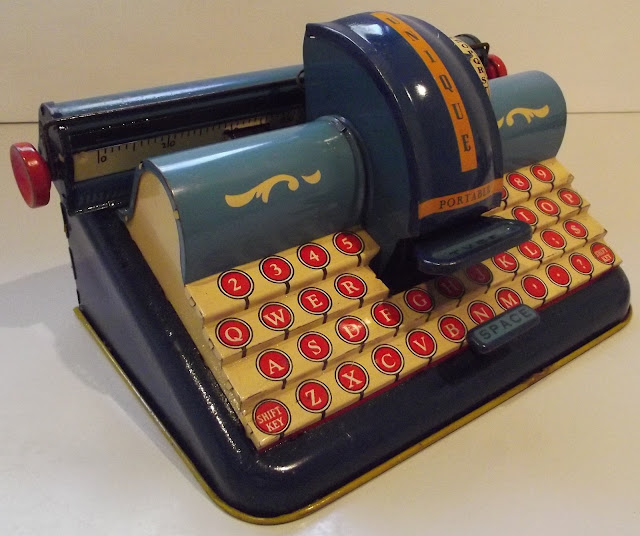 Posted by Robert Messenger at 19:11