On This Day in Typewriter History: Corona's Christmas 1927 Colours 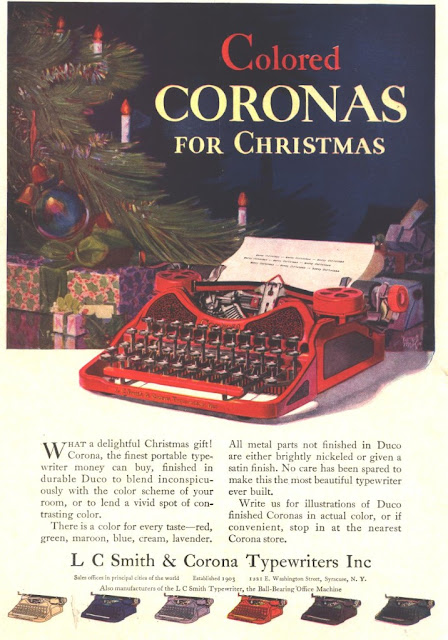 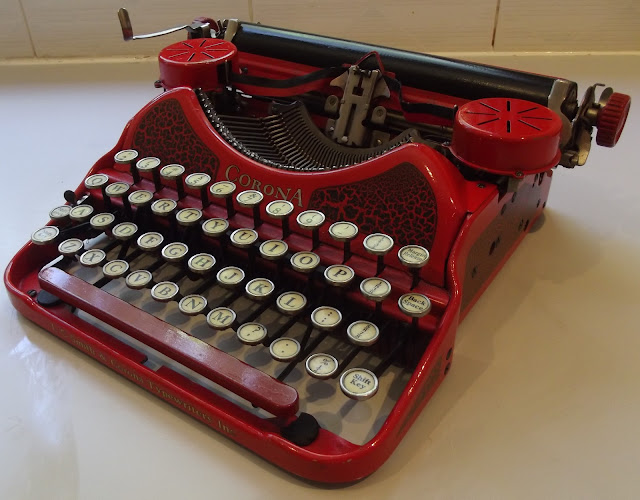 PART 178
Typospherians are a wonderfully eccentric lot, though they do tend to get their priorities right – that is: typewriters first, everything else next.
Take, for example an event, if one could call it that, which took place just two days before Christmas 2010. 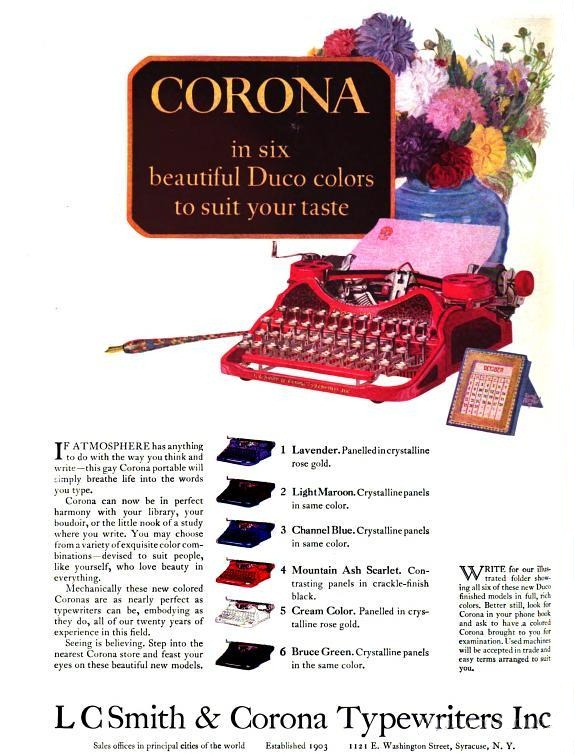 A group of typewriter historians and typewriter collecting worthies, including Jim Dax, Nick Fisher in England, incoming ETCetera editor Alan Seaver, typewriter ephemera king Peter Weil, and Ned Brooks, all got involved in a lengthy online exchange on the Yahoo typewriter forum.
The subject?
The first ads for the coloured Corona 4 portable typewriters! 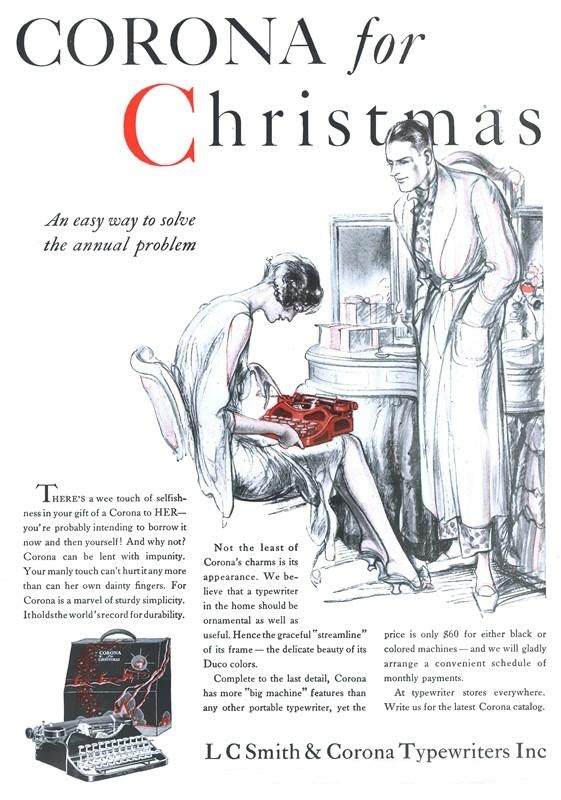 Yes, folks, the typewriter gifts were all neatly wrapped and stacked away under the Christmas tree, the spare ribbons had been left out for Santa, the typewriter ephemera-decorated Yuletide cards had been sent to all corners of the globe, and all was well with the world …
… Now down to some serious business. Portable typewriter colours ...
Heady stuff! 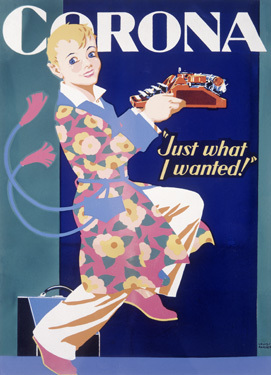 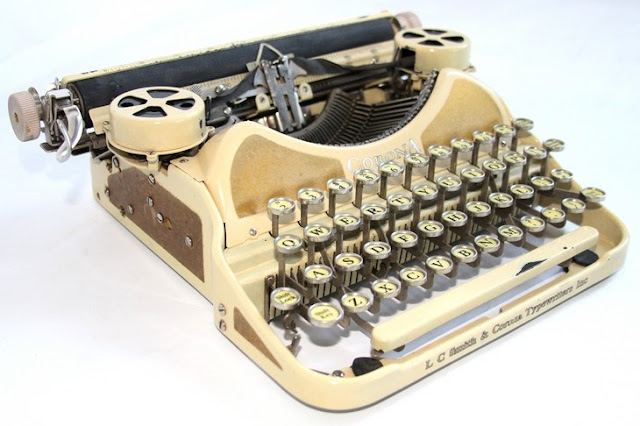 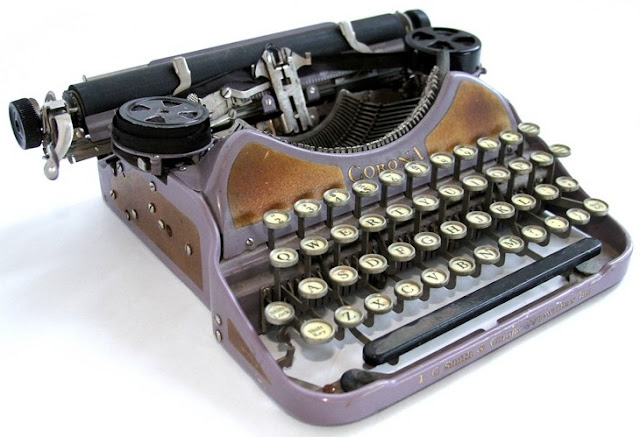 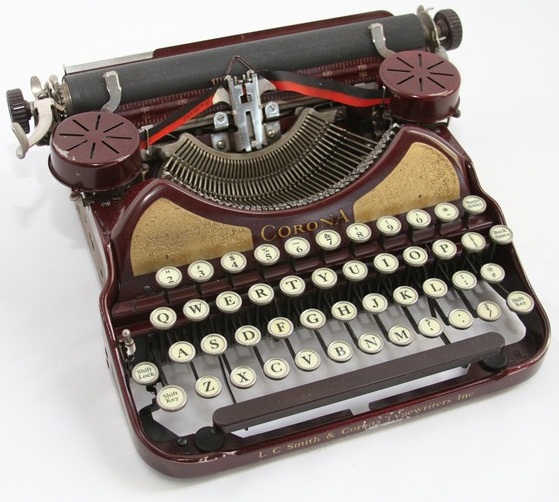 The consensus, as far as I could make out, was that the first ads promoting this range of wonderfully coloured Corona 4s appeared in late 1927. 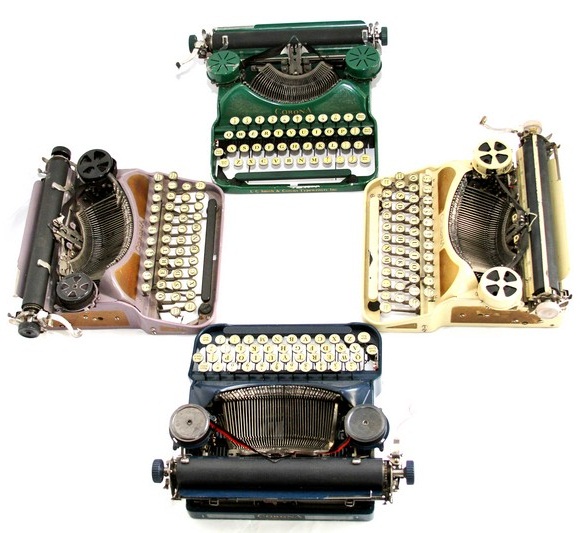 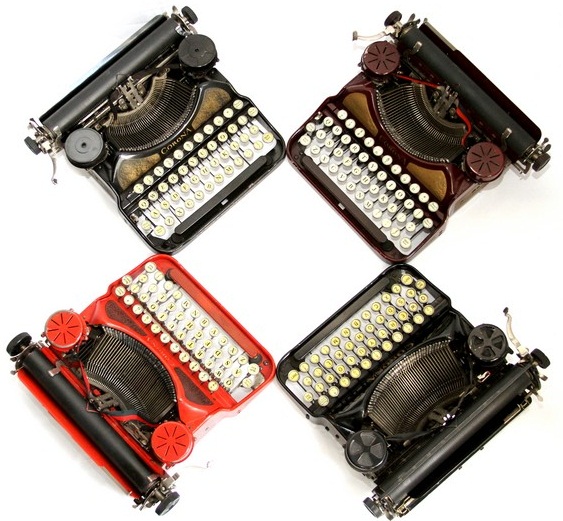 I suppose, then, a Christmas Eve discussion was appropriate, 87 years after the event, since it was indeed for Christmas 1927 that L.C.Smith & Corona had launched this range of models and embarked on with a national (and international) advertising campaign. 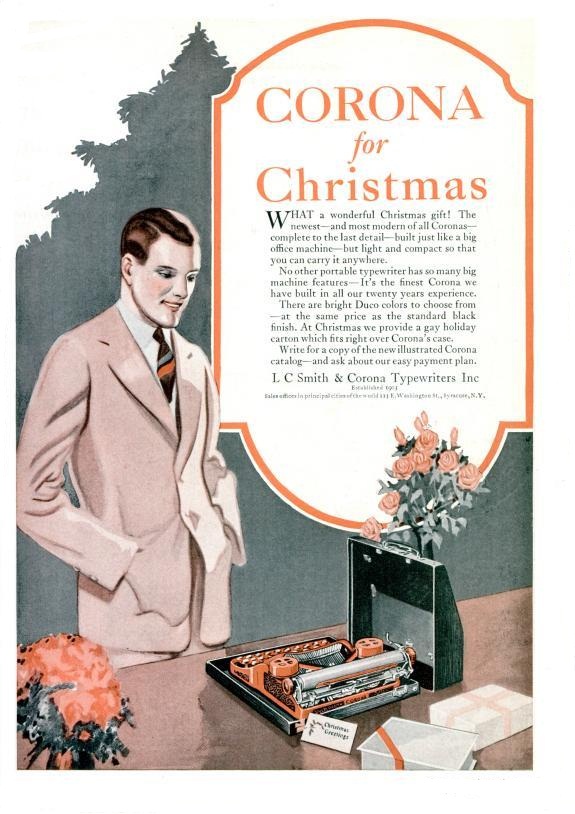 The ad second from the top of this post, for example, appeared on the inside front cover of LIFE magazine on this day (November 17) in 1927. (The famous cover is by John Held Jr). 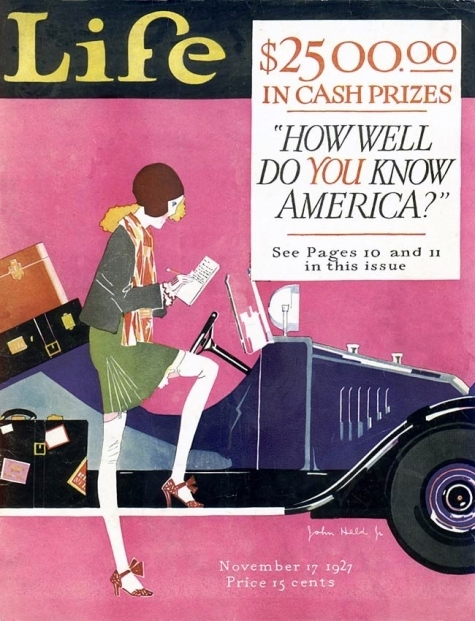 The Christmas-themed ad at the top of the post appeared the special Christmas edition of LIFE the following month. 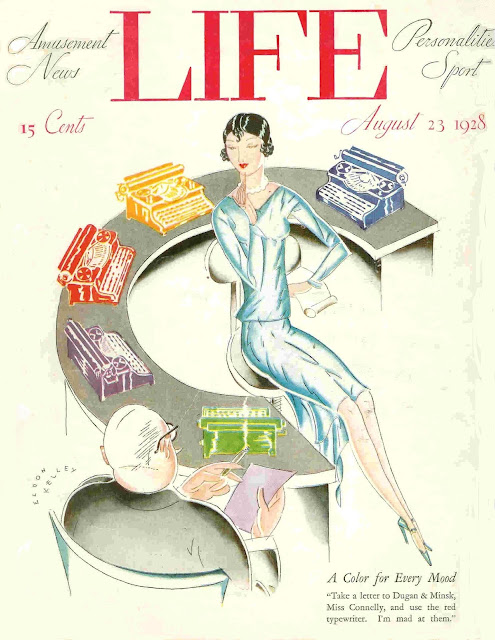 Was this cover of the August 23, 1928, LIFE, by Eldon Kelley inspired by the multi-coloured Corona 4s? Or by the Royal portables which were also launched in 1927? Oops … it’s almost Christmas! Might get another online portable typewriter colours huddle going here … 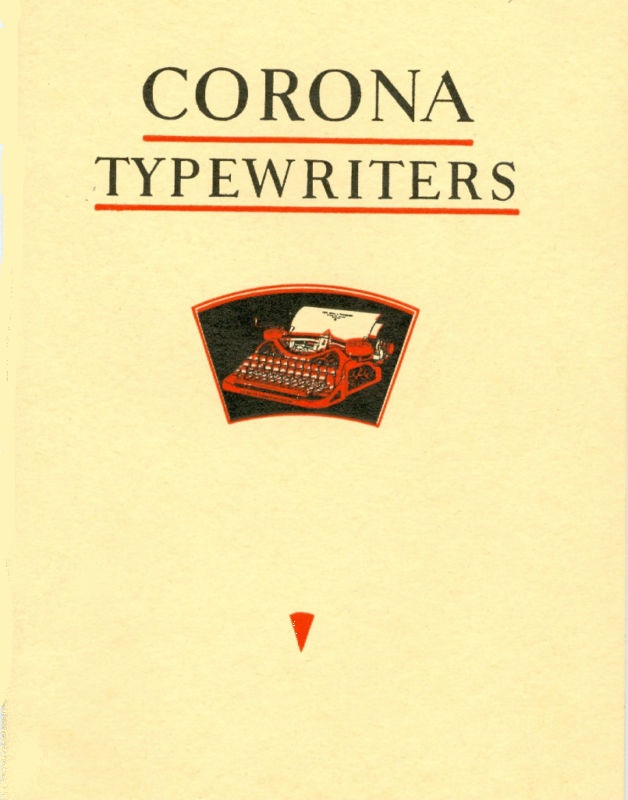 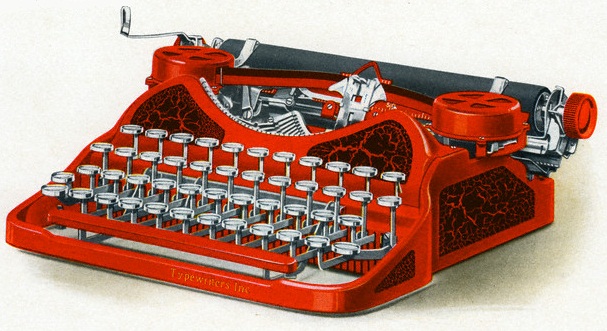 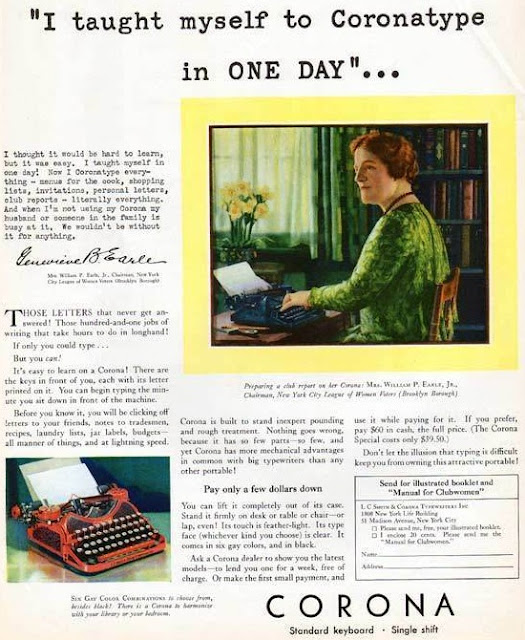 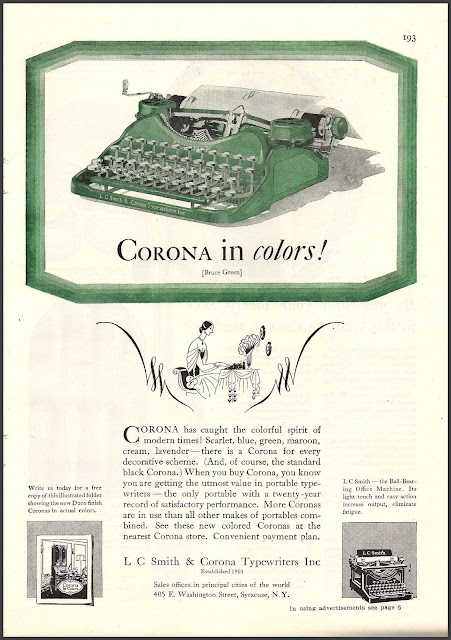 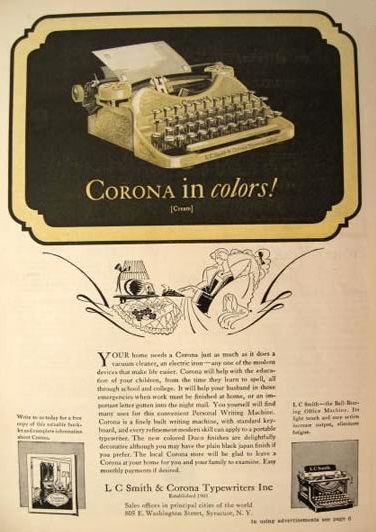 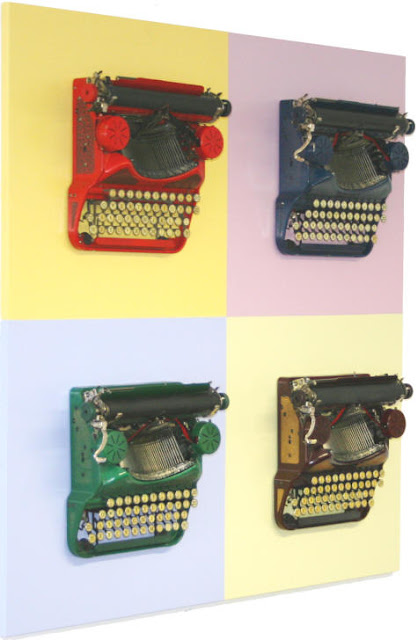 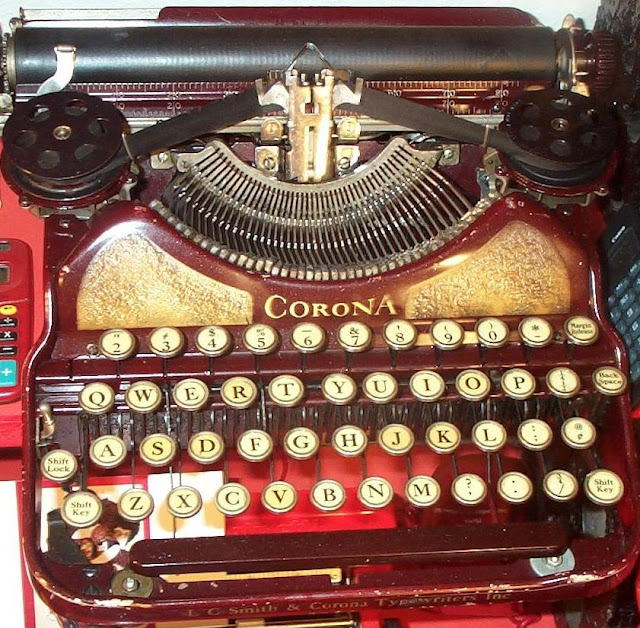 This one, which I won in an auction held in Chicago, was once on my (cluttered) shelf was now belongs to Richard Amery in Sydney. 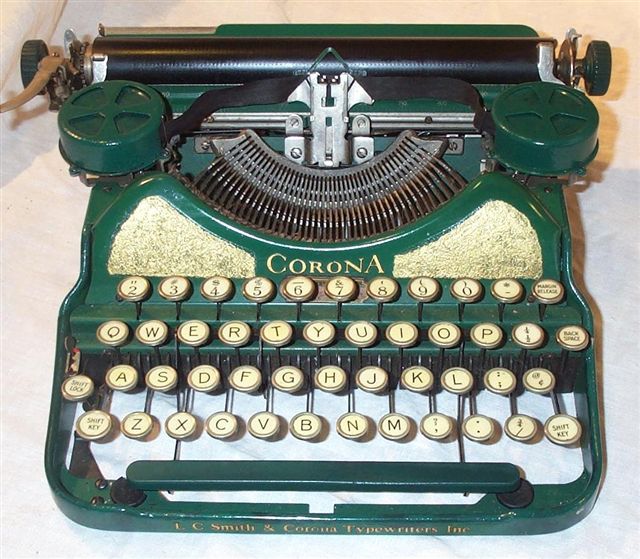 This also once belonged to me; goodness knows where it is now. 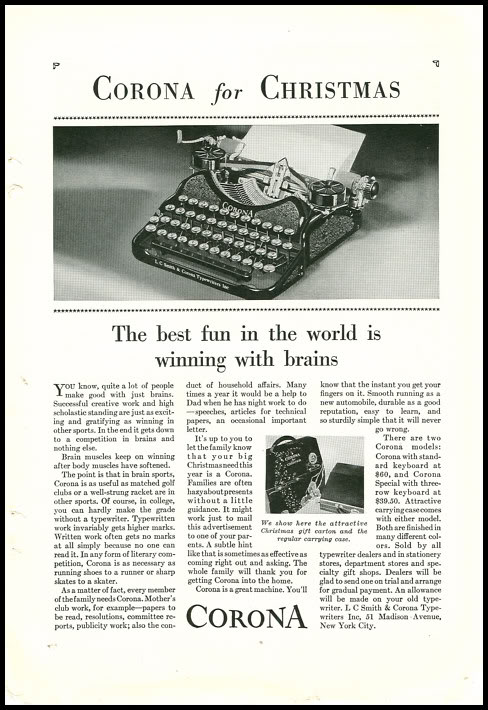 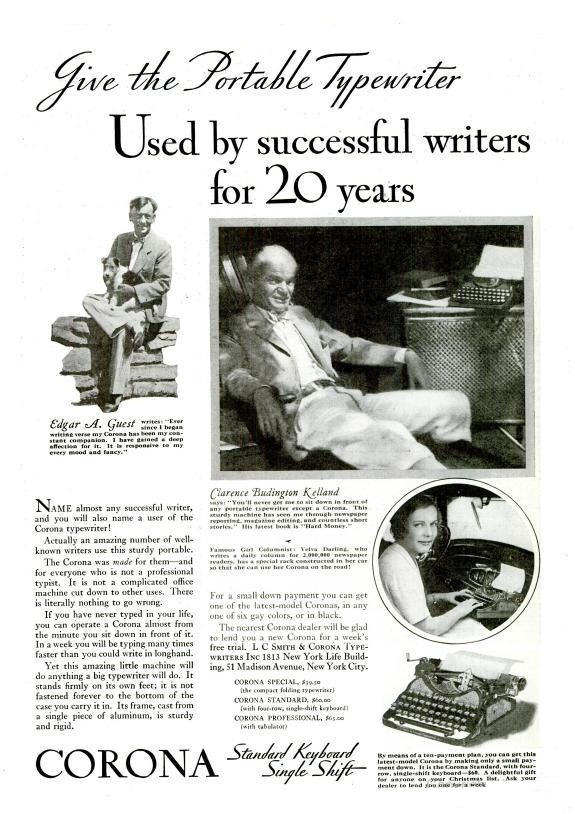 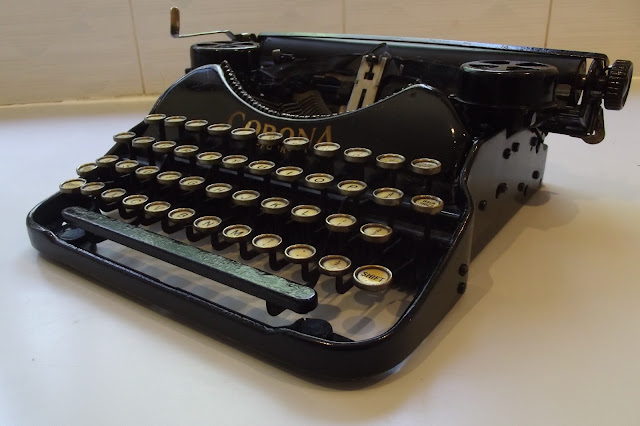 Drab in plain black, maybe, but the original Corona 4 (without the panels but with the word "Four" written under the front decal) is still highly efficient. 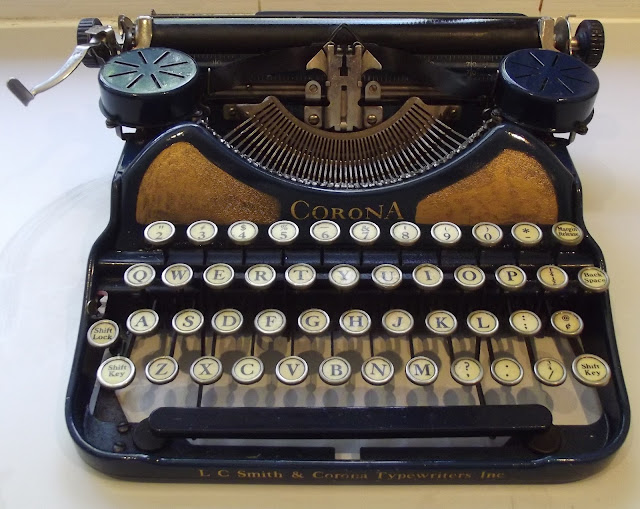 I once almost bought one of these that was especially painted for Syracuse University. 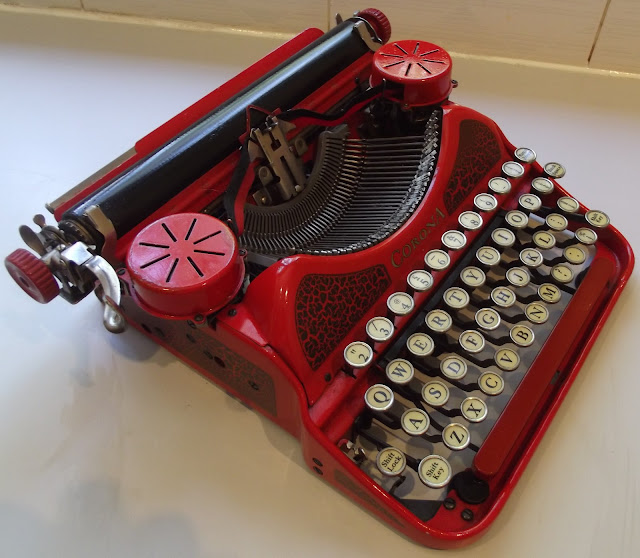 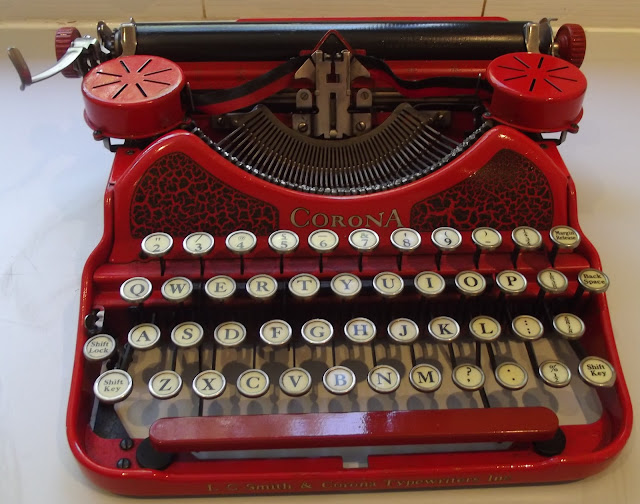 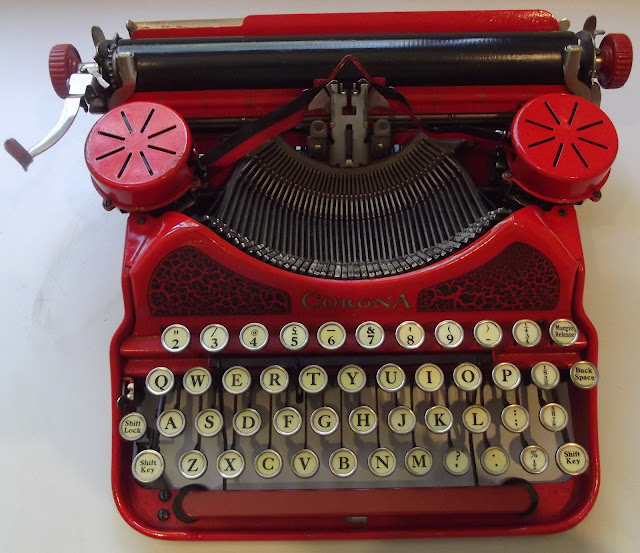 Stylish in black with the gold panels, too: 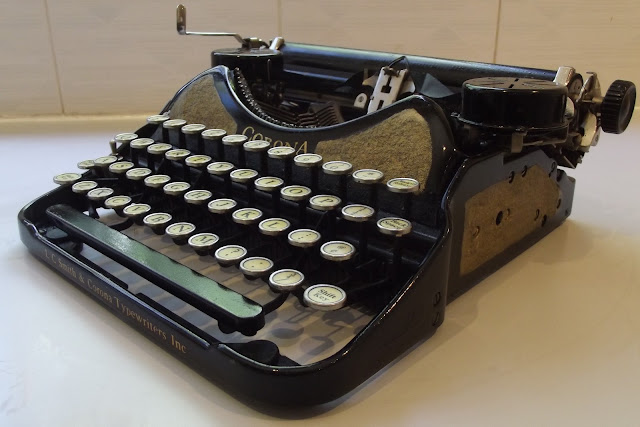 Posted by Robert Messenger at 20:44

Beautiful machines and beautiful ads. I have to agree that the ad with the skipping, delighted boy is wonderful!

(I am in Boston for a conference and will be heading out to Cambridge Typewriter very shortly -- yay!)

Those are beautiful machines. The ads are fantastic. I can just imagine the excitement being a boy when these machines were brand new and getting one for Christmas.

Gorgeous machines! Nothing like opening up a box that has just come in the mail with your latest type writer. Makes it like Xp-mas any day!

Looking at that red Corona, but especially at that delightful array on the shelf behind you, I am guessing that we have both shared a sub-obsession for red machines.