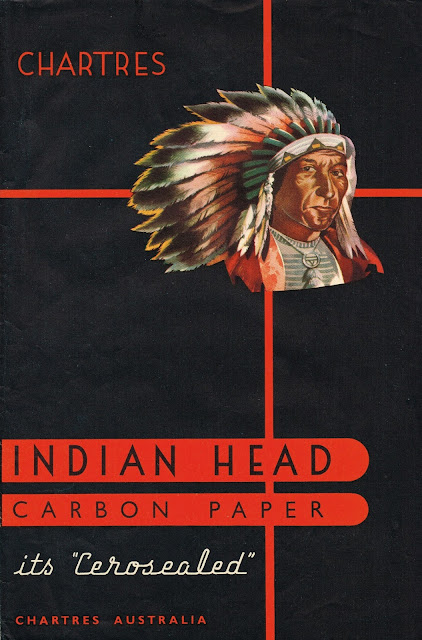 Chartres brought us closer to an Australian typewriter
industry than any other company.
It never rains but it pours. A little bit of rain to cool us down during this heatwave would have been fine. Instead of which we got a short, sharp bucketing. A violent thunder storm, just as Canberrans were going out to celebrate Australia Day. My son Danny and his friend Emily, on the way to some Australia Day event, saw two kangaroos boxing in bushland near Belconnen. "Such a quintessential Aussie image on today of all days!" said Emily. It was a bad omen, as things transpired. The heavens opened and the thunder clouds rolled in. Even Charlie the guard cat ducked for cover as lightning struck the Australian Typewriter Museum. The typewriter gods were angry.
Australia Day is a time for Australians to celebrate everything Australian, from the Hill's Hoist to the Holden car, from Hoges to Harry Hopman. But typewriters aren't among them. There is no such thing as a truly Australian typewriter. Back in the 60s and 70s, some companies tried to fool Australians into thinking there were Australian-made typewriters. Take, for example, this manual for a Lemair-Helvetia portable typewriter: 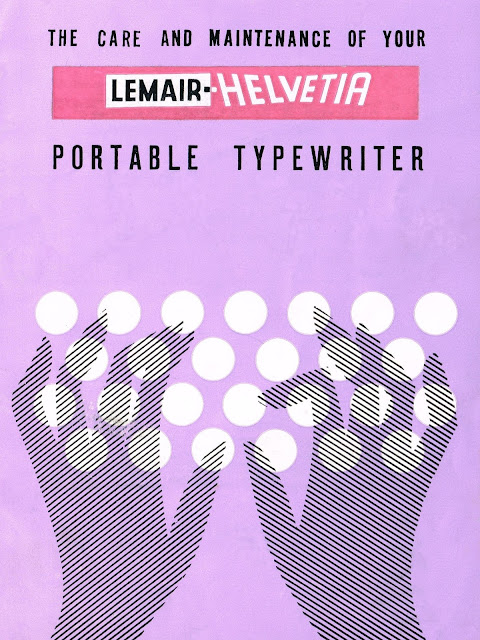 Reaching for an Aussie keyboard? No such luck. It's for a Brother typewriter, from Japan. Quite aside from Lemair-Helvetias, we had Majestics and Highnesses from Czechoslovakia, Pacifics from Bulgaria, Craftamatics from Italy and Portugal and just about every name under the sun from Japan.
And apart from Czechoslovakia, Bulgaria, Italy, Portugal and Japan, there have been typewriter industries in Austria, Belgium, Brazil, Canada, China, Denmark, England, France, Germany, Holland, India, Korea, Mexico, Pakistan, Poland, Russia, Scotland, Serbia (toy typewriters), South Africa, Spain, Sweden, Switzerland, Taiwan, the United States, Wales (toy typewriters) and Yugoslavia. But not Australia.
Back in the early 1900s, we didn't need our own typewriter industry. Typewriters flooded on to our market from all over, and sold at competitive prices, as this ad from Stott shows: 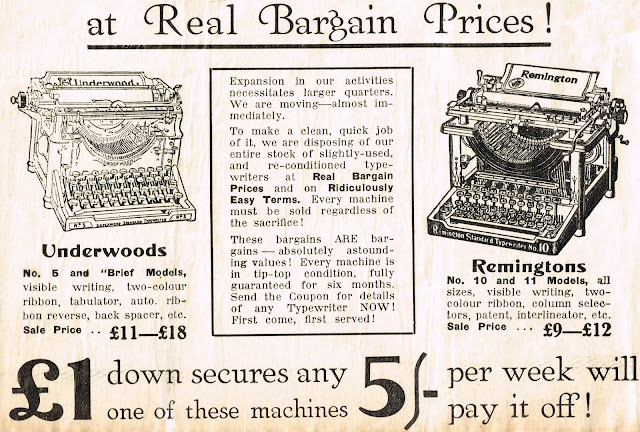 But then came two world wars and a worldwide depression, and as Australian governments sought to protect existing industries through import duties, maintain good trade relations with Britain and still keep the economy humming through the export of agricultural products, the supply of typewriters started to dry up. Remington, which had abandoned Stott (which was joined by Underwood), established a lasting relationship with Chartres and had a "branch plant" in Sydney to assemble US-made parts into "Australian-built" typewriters. Everyone knew it was a sham, but at least Remington had Chartres market its own typewriter ribbons and carbon paper. 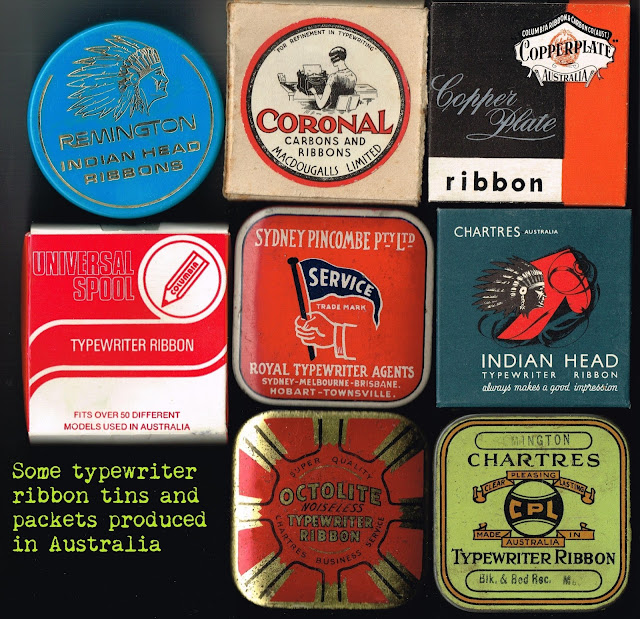 The association between Remington and Chartres lasted until the early 1960s, when the company was known as Remington Rand-Chartres Pty Ltd. Stott & Underwood stayed together even longer, and Stott survives as business school to this day. 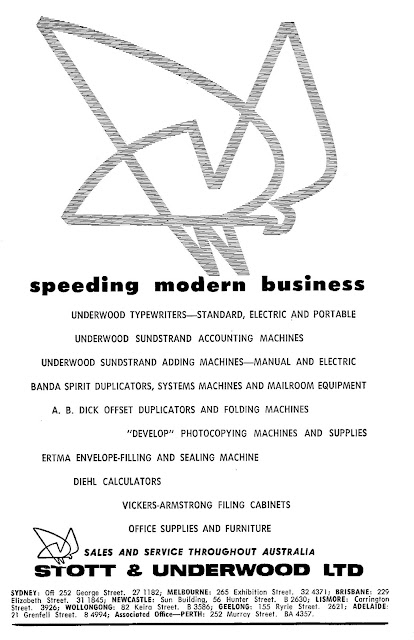 In other ways, we held our own as a typewriting nation: 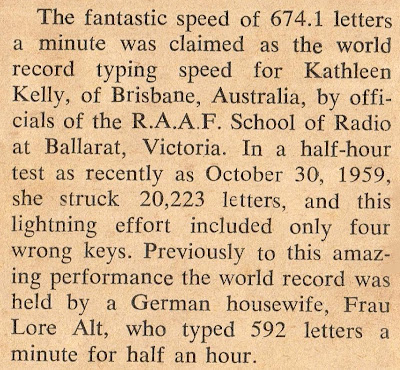 But the days of high-quality American typewriters reaching our shores were almost over by 1961: 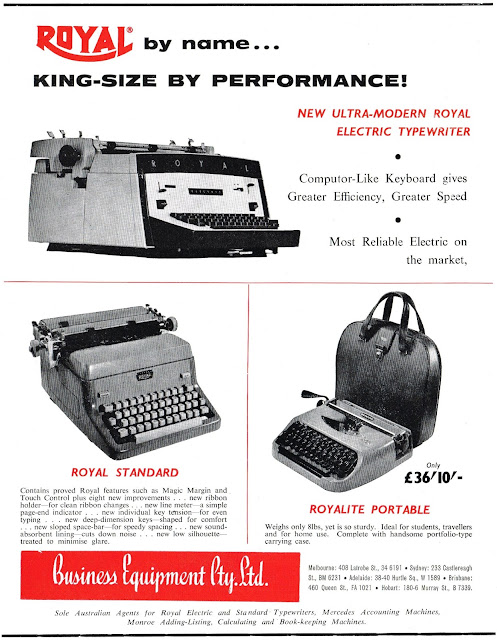 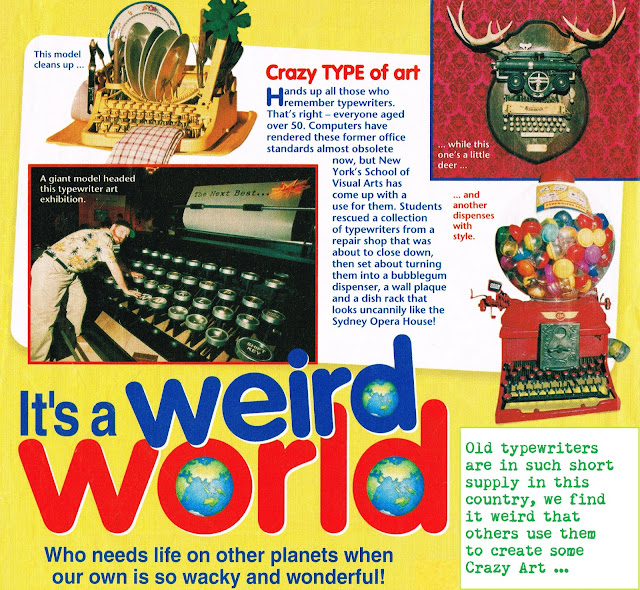 An excellent representation of the typewriters which did come to Australia in the 60s and 70s is held in Colin Jones's typewriter museum in North Queensland: 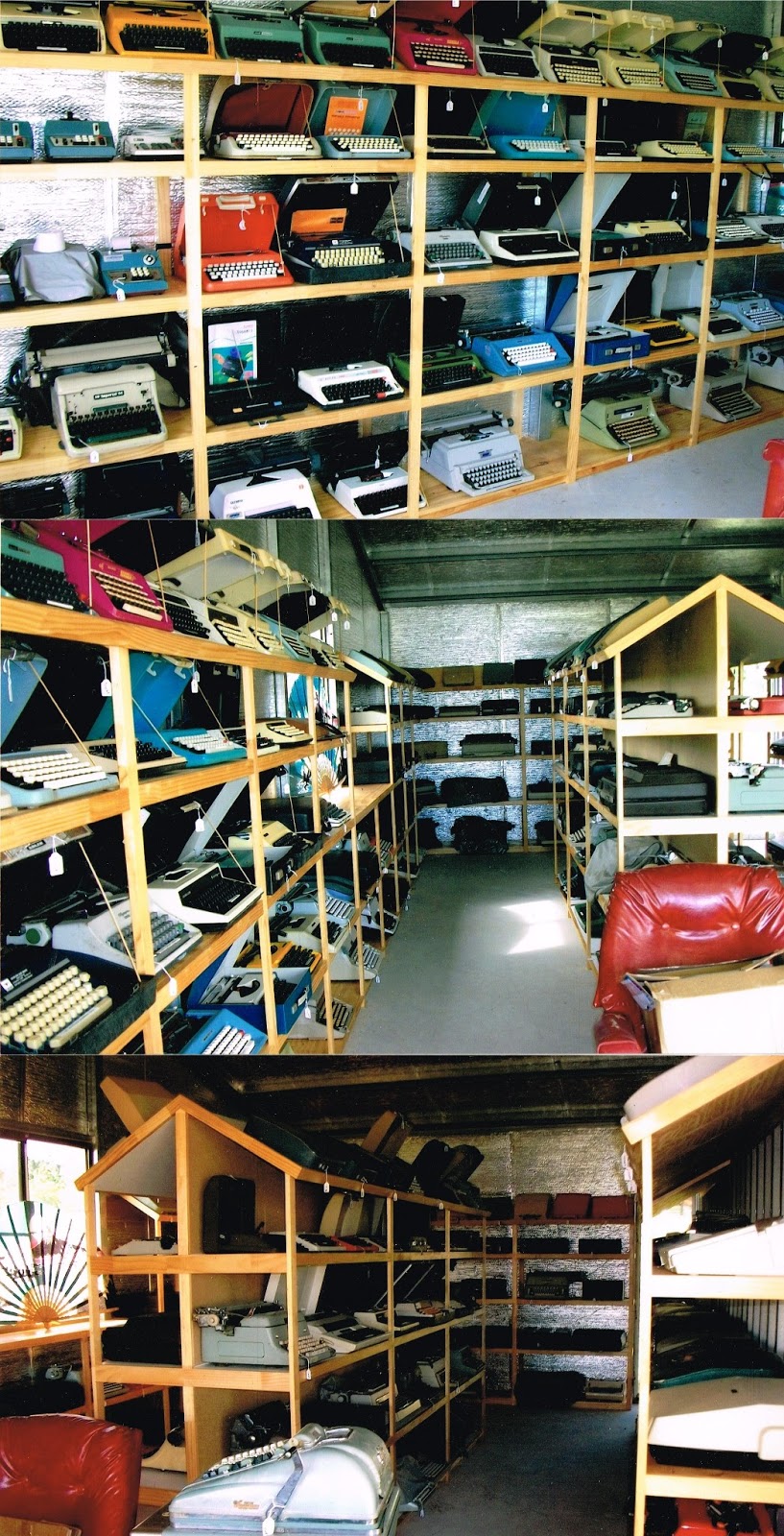 Posted by Robert Messenger at 00:35

I'd love to get a brand new Underwood No. 5 and a Remington No 10 at those prices today.

That is quite a nice collection of typewriters.

Oh look at the prices back then!
I wish machines were that cheap now, ha ha.
Colin Jone's collection looks awesome! I do like how he has the case holder thing... reckon they're clothes hangers?
Interesting!

This is the best post on this topic I have ever read. I am really very impressed with it. Keep blogging!

whoa, that is one crazy collection of typewriters.....
Very cool! I wanna go and check it out sometime!
Thank's for the post!