On This Day in Typewriter History: Somerset Maugham's Typewriters 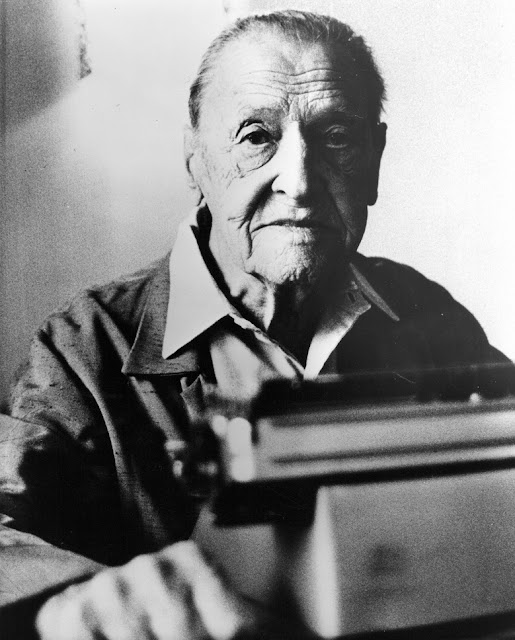 Some claim English playwright, novelist and short story writer Somerset Maugham never owned a typewriter and never used one.
The evidence of these images would suggest otherwise. 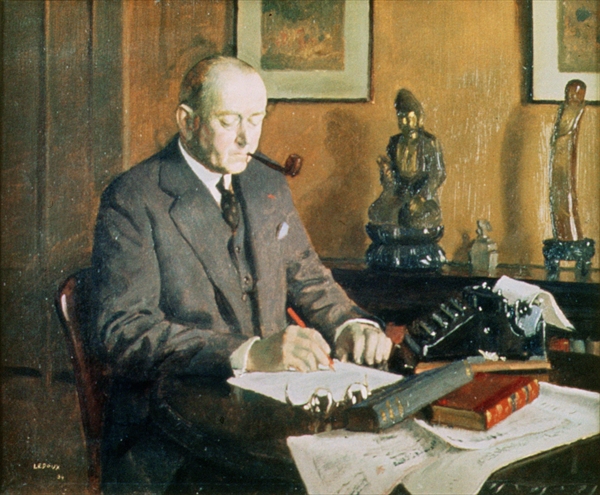 This oil on canvas by Charles Alexandre Picart-le-Doux (1881-1959) shows Maugham with what looks like an Underwood or Remington Noiseless portable.

William Somerset Maugham was born in the British Embassy in Paris on this day (January 25) in 1874. He died in Nice on December  16, 1965, aged 91.
Maugham was among the most popular writers of his era and reputedly the highest paid author during the 1930s. His most notable works include Of Human Bondage and The Razor's Edge.
Maugham is alleged to have said, "I never found a typewriter through which the subconscious seems to penetrate." Things must have changed.  It is said he wrote everything with a fountain pen. I think not. 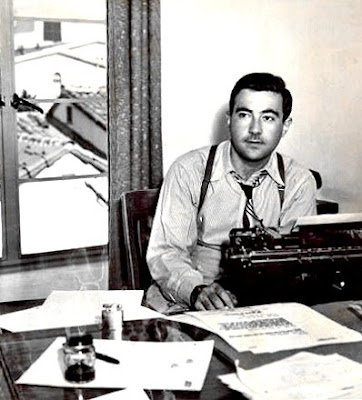 This post ends the second section of 122 parts in the "On This Day in Typewriter History" series. The series resumes with part 247 on January 26, Australia Day, 2014, and continues for a final 122 parts.

Posted by Robert Messenger at 23:25

I think I saw those earrings or something similar on etsy. If it's the same, the seller said in the description that she uses wood replicas of typewriter keys, not actual ones from typers.

Another fascinating 122 articles, Robert - looking forward to the next 122!

Thank you Ted, very kind. It's nice when the work that goes into these posts is appreciated.