On This Day in Typewriter History: Tale of the Century

PART 209
For a whole range of reasons - Christmas, illness, the Corona 3 centenary and heatwaves included - I have allowed myself to get away behind with my "On This Day in Typewriter History" series. Three weeks behind, indeed. Not than anyone probably noticed. Nonetheless, I'm determined to catch up, if only for my own peace of mind, since I consider it would a waste of more than 200 days' work already put into this 365-part project to end it now, just to let it drop and never complete it. So in the coming three days expect a raft of entries,  at least seven a day.
But I plan to be as brief as possible, starting with today.  I have made a commitment to the editors of ETCetera, Richard Polt (outgoing) and Alan Seaver (incoming), not to duplicate material I publish on this blog with the content of my column, "Portables, ETCetera", which appears each quarter in that journal. So today I will merely point to the latest issue of ETCetera, edition No 100, the last one edited by Richard, and to my article "Tale of the Century: The Greatest Typewriter Never Made", in the hope that it might entice some who don't already subscribe to ETCetera to get hold of the December 2012 issue. 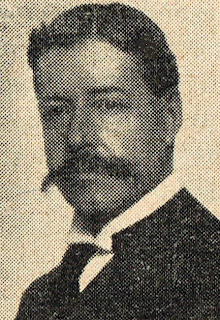 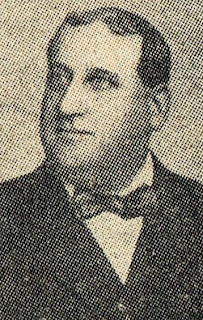 The story is about a "dream team" put together to design a Century typewriter, "a typewriter so completely different, so radically advanced, that it would irrevocably have changed the course of typewriter history". The team was led by Lee Spear Burridge and Edward Bernard Hess and included Lewis Cary Myers. It was, in other words, a collaboration of some of the greatest minds ever applied to typewriters. On this day (December 19) in 1899, Burridge was issued with a patent for his last attempt to perfect this wondrous machine: 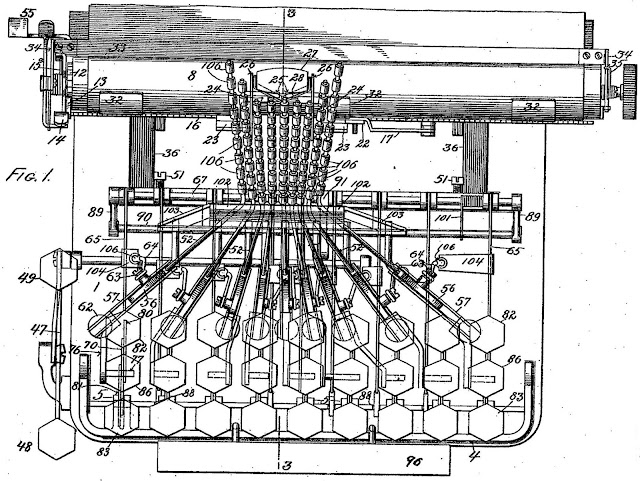 Posted by Robert Messenger at 13:50

Your ETCetera story is great! Buy the magazine, folks!

Good luck in your upcoming blogathon. Don't get a typewriter-induced aneurysm ...