On This Day in Typewriter History: Sholes and Barron Try to Play Catch-Up

PART 243
One week after Jefferson Moody Clough and William McKendree Jenne had been issued with perhaps the most important typewriter patent ever, the one for the Model 1 Remington, the typewriter's original inventor Christopher Latham Sholes, and one of the men who had worked closely with him in the very early development of his machine, Walter Jay Barron, were issued with patents covering the Sholes & Glidden. The Sholes patent was for his already superseded "Axle" typewriter.
These Sholes and Barron patents were granted on this day (January 22) in 1878.
In what certainly seems, at least in hindsight, to be a classic case of closing the gate after the horse has bolted, these two patents had been made pretty much irrelevant just seven days before they were granted. Under the direction at Remington of Clough and Jenne, the Sholes & Glidden had taken on another life. In fairness, Sholes had applied for his patent in early 1874, before the Sholes & Glidden went into production at Ilion, while Barron had applied for his in mid-1877. Interestingly, both patents were assigned to The Type Writer Company, which, at that stage, was controlled with a three-fifths majority interest by George Yost, with James Densmore as his only remaining partner. Densmore, who was Barron's stepfather, of course acted as attorney for both patents. 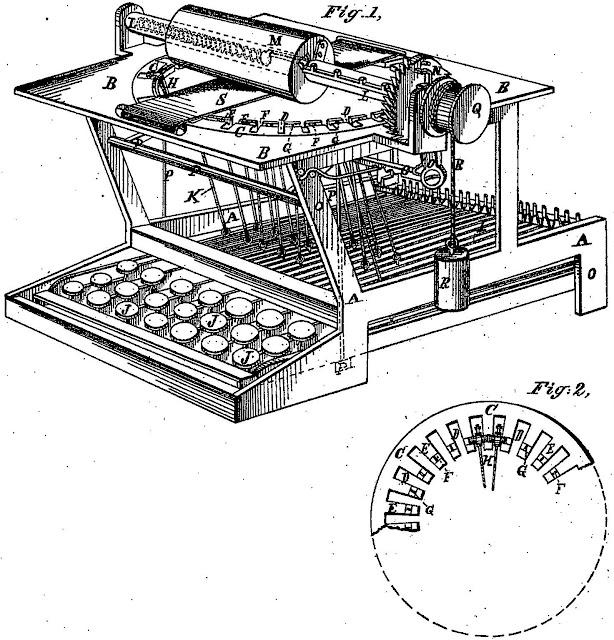 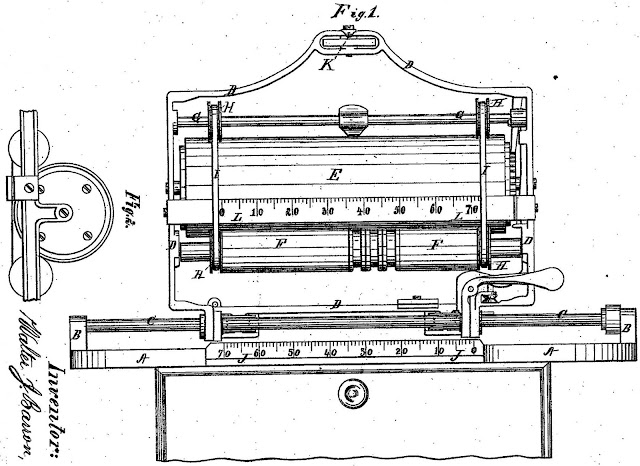 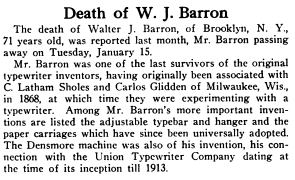 Posted by Robert Messenger at 22:24