On This Day in Typewriter History: Pierce's Practical Typewriter

Pierce's papers from 1882-1904, held by Baylor University in Waco, Texas, describe him as an inventor rather than a fire insurance salesman. "Pierce designed a typewriter and several hardware items, including a disc can opener, spring hinge and a leak stopper for pipes. During the late 1880s and early 1890s he expended most of his efforts in organising the Pierce Practical Typewriter Company [for which the paper include a minute book] and the Pierce Hardware Specialty Company. The early 1900s, however, found him engaged in the insurance business." In fact, Pierce had sold his insurance company, as this newspaper advertisement indicates:

This says the agency is the successor to Pierce's and has assets of $100 million
Pierce was born in Neshoba, Mississippi, on August 25, 1849. He died in Belton on December 31, 1927, aged 78. His obituary doesn't mention his typewriter venture. It reads, in part: "Death Claimed Pioneer Citizen of Belton. Jesse W. Pierce, 78, Suddenly Dies at His Home Here ... The death of Jesse W. Pierce, one of Belton's earlier settlers, occurred last Saturday afternoon at his home on North Penelope Street, after an illness of only a few hours. 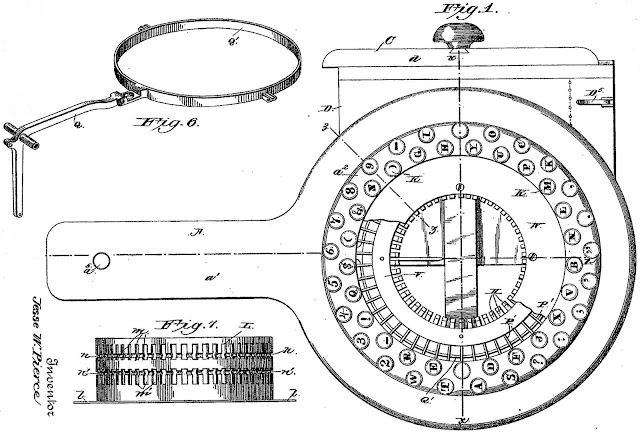 "Mr Pierce, born in Lauderdale county, Mississippi, in August, 1849, came to Texas in 1869, residing for a short time at Calvert, after which he returned to Mississippi. After a few months in his native state he returned to Texas, making his home first at Tyler and coming to Belton in 1872, where he resided the remainder of his life. Together with continuous work in the insurance business, Mr Pierce also held a position as bookkeeper, and later was engaged in the grocery business. At one time he represented his insurance companies over Bell, Williamson and Milam counties. Of late years he had confined his business strictly to Belton." 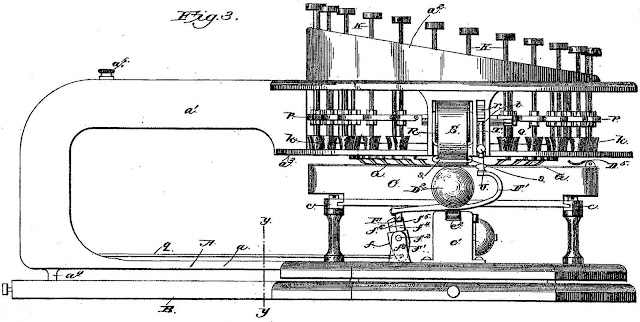 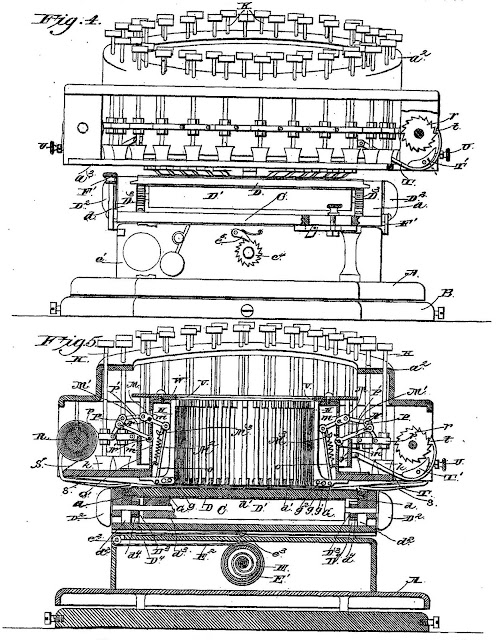 Paul Robert's The Virtual Typewriter Museum has an image of what is described as a "mystery" Peirce typewriter. This, Paul says, is from the Milwaukee Public Museum (Dietz Collection). The museum labels the machine as the Peirce Accounting Machine, produced by the Peirce Accounting Machine Company in 1912. Michael Adler says this three-bank machine had "a vertical flat paper frame". 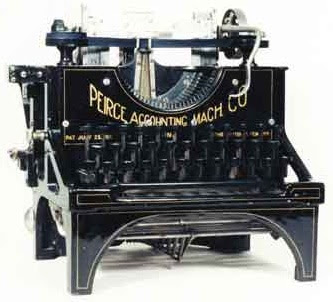 The machine was invented by John Roydon Peirce, of New York, in 1907: 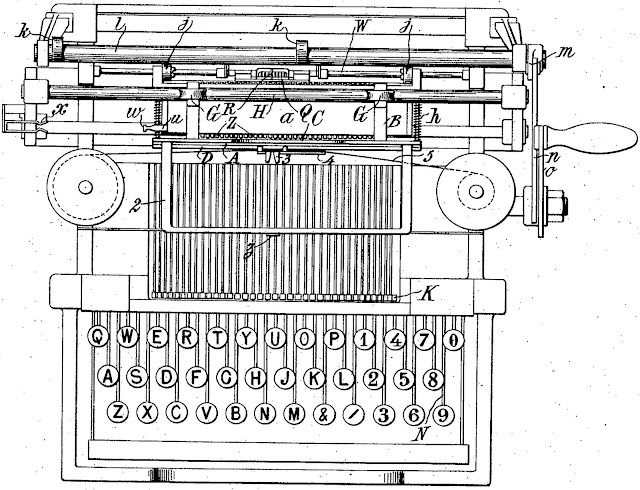 Posted by Robert Messenger at 10:34

Ah, the Peirce Accounting Typewriter has long been on my ten most wanted list -- simply because it caught my eye and imagination long ago. As far as I know, the one in the MPM is the only one.

I love these too - are there any such "book" typewriters that are less rare and I might have a chance of seeing?

Yes, notagain, there are the Underwood Elliott Fisher book typewriters which aren't very rare. They require a special table which weighs a ton, though.

There is a Pierce Practical Type-Writer in the Temple Railroad and Heritage Museum. Temple is adjacent to Belton Texas.