On This Day in Typewriter History: Pneumatic Typewriters

PART 215
Marshall Arthur Wier is best remembered today, if at all, for his corkscrews and concertinas. But then, corkscrews and concertinas exist and do work. Pneumatic typewriters never really took off, despite all that hot (or cold) air blowing through them. And despite all of Wier's very best efforts.
Wier, born in Nova Scotia in 1847, lived in England from a young age, first in Brighton and later in Kingston-upon-Thames. From the early 1890s, Wier tried valiantly to perfect the pneumatic typewriter, taking out patents in the US and many other parts of the world, including this design, for which a patent was issued to him on this day (December 25) in 1894. For the design, Wier used as a basis a standard Remington typewriter. 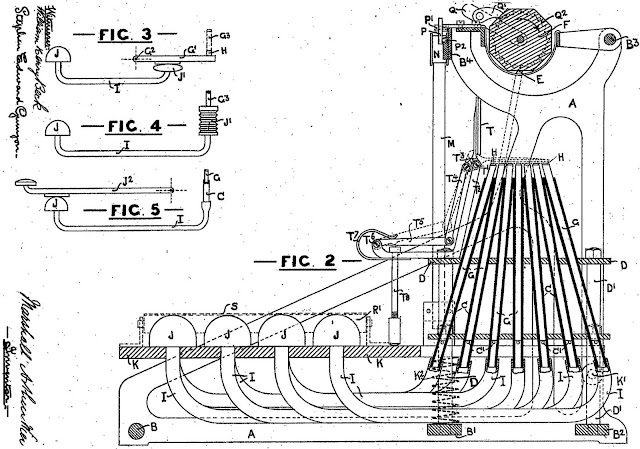 For a keyboard on his earlier designs, Wier's typewriter had 30 small rubber balls, arranged in three rows. From each of these balls, a rubber tube led to a piston type cylinder. 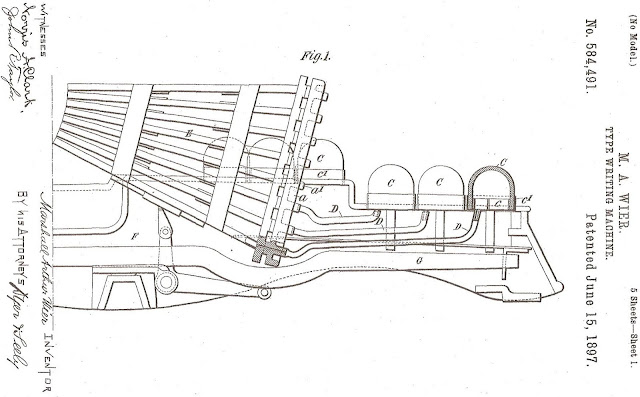 The pneumatic typewriter work was taken up in America in 1893 by Austrian-born William Raab (1858-), a machinist of Cedar Falls, Iowa. Raab's patent was issued on July 3, 1894: 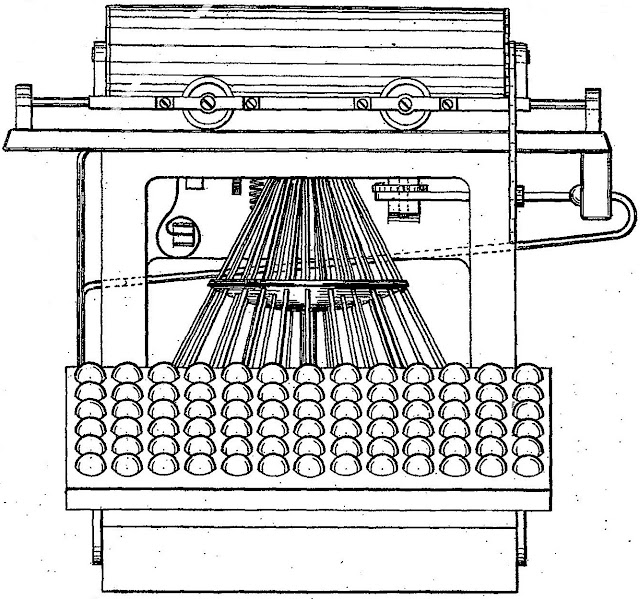 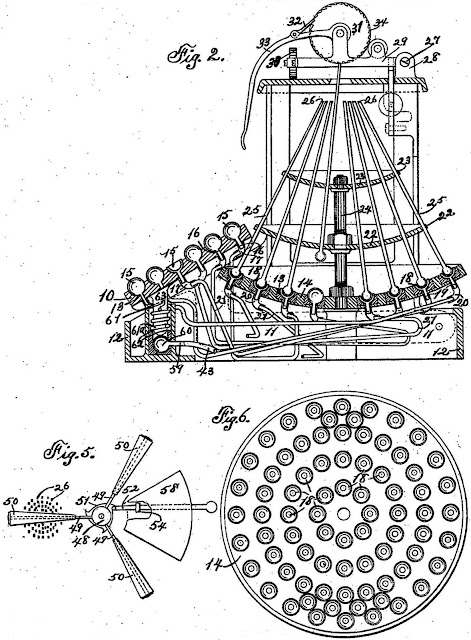 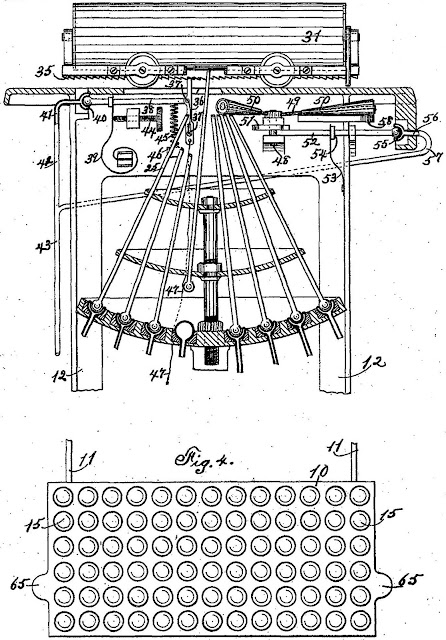 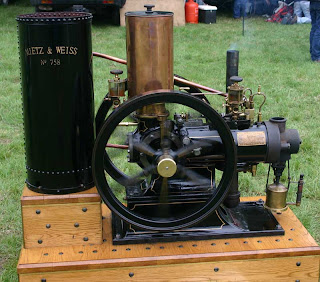 In 1895, Carl William Weiss (1858-1940), of Brooklyn, patented a much smaller pneumatic typewriter. Weiss assigned his design to August Mietz, of New York, for whom Weiss had also designed the 1893 six horsepower two-stroke semi-diesel Mietz and Weiss engine (above). This hot vapouriser oil engine sprayed a charge of fuel on to a hot bulb. Mietz and Weiss continued building engines until 1915.

For his typewriter, Weiss said the use of levers, keys and type characters would be “dispensed with and the action of the machine made correspondingly lighter, and the construction simpler, cheaper, and less likely to be disarranged”. A typewheel would be used. 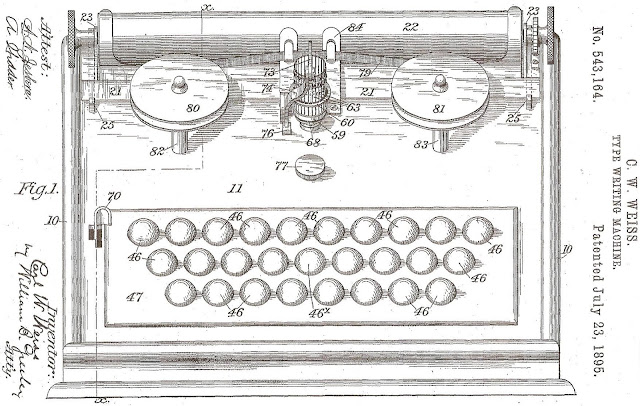 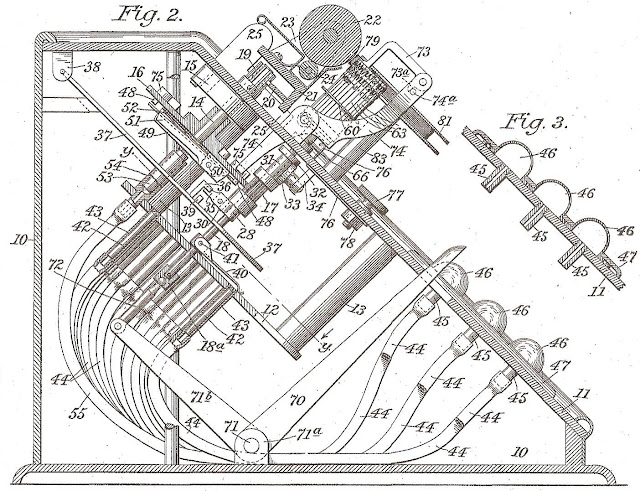 This news item may refer to Raab or Weiss, or neither
In his Century of the Typewriter, Wilf Beeching wrote, "Various attempts were made from 1891 onwards when Marshall Arthur Wier, in London, produced a typewriter with a pneumatic action. The object of such a machine was to eliminate the hard work involved in typing and to reduce the noise and increase the speed. It was also thought to be a substitute for such power as electricity. 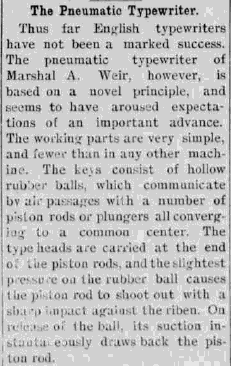 "One of the disadvantages of pneumatic machines has always been typebars that did not return fast enough, and although this problem could most likely have been overcome, the fact is it just seemed to present insurmountable difficulties.
"It would appear that the last real attempt to manufacture a pneumatic machine was made in 1914, by a man called Juan Gualberto Holguin [Burboa] in Mexico. This machine ... used compressed air cylinders as a source of power. 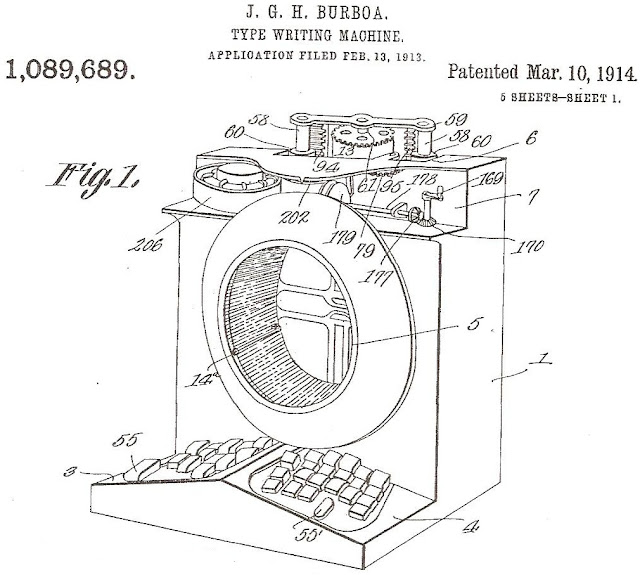 "In spite of much time and money spent on the production of compressed air typewriters, very little result of any importance has ever been achieved.
"There are reports of various designs of pneumatic typewriters having been produced by large organisations, both in American and in Germany, in recent years. Most of these consisted of an electrically propelled plunger which compressed oil in a tube, fired the typebar forward in a sharp thrust, had the advantage of being very quiet and also eliminating most of the moving parts of the conventional machine. The idea seems to have been abandoned due to the high cost and probably to lack of interest."

Beeching completely overlooked the work of Raab, Weiss and, most notably, the Belgian Maximilian Soblik, who was by far the most persistent of all potential pneumatic typewriter inventors. Between 1900-1914, Soblik took out eight US patents for pneumatic typewriters. While still living in Merxem outside Antwerp,  in 1900, Soblik invented a pneumatic typewriter with fixed perforated keys that were operatively connected with an air compressor, operated by the feet. "If the openings in the keys are closed by the simple touch of a finger, the air within the mechanism of the typewriter will be sufficiently compressed to set the machine in operation. In this way the mechanical labour heretofore necessary for moving the keys is reduced to a minimum, and all objectionable noise is entirely avoided. 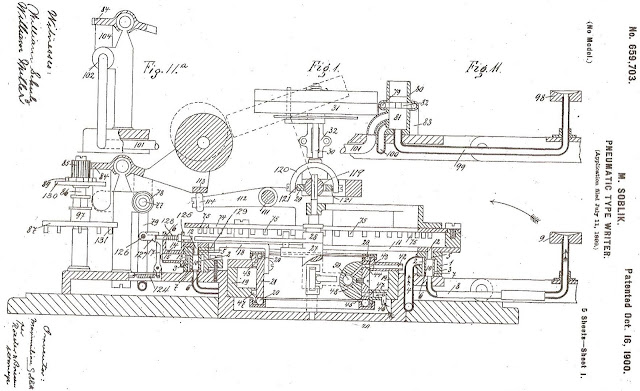 "The machine cannot become inoperative by leakage because the air ducts are normally open, by which arrangement also the accidental working of any air chamber by its neighbour is avoided. So, also, the mental strain is considerably reduced, as the operator need only ascertain whether the letters follow in alphabetical order when he will print several letters during one rotation of the type-wheel." 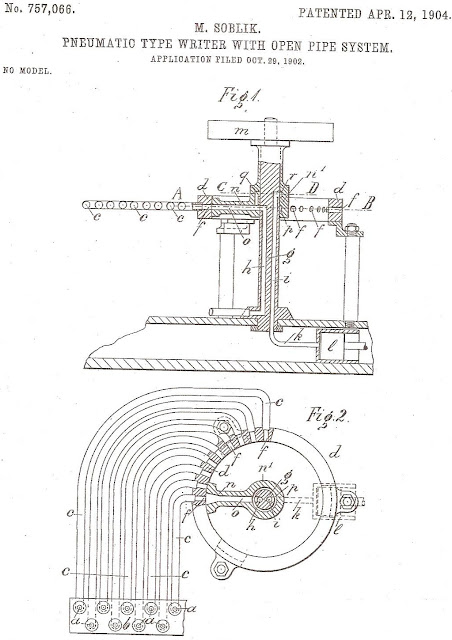 By 1904 Soblik had moved to Düsseldorf to continue his work, assigning his patents to the Soblik Schreibmaschinen Gesellschaft mbH of Düsseldorf. In 1913, now living in Dresden, he went on with the project. "It is the object of the present [1913] invention to simplify this kind of typewriter and its operations. Two compressed air or pneumatic motors are provided, both of which are fitted with a controlling gear ... one motor will effect the setting of the types and the other motor the printing of said set types."
Supposedly up to 20 prints a second were possible. 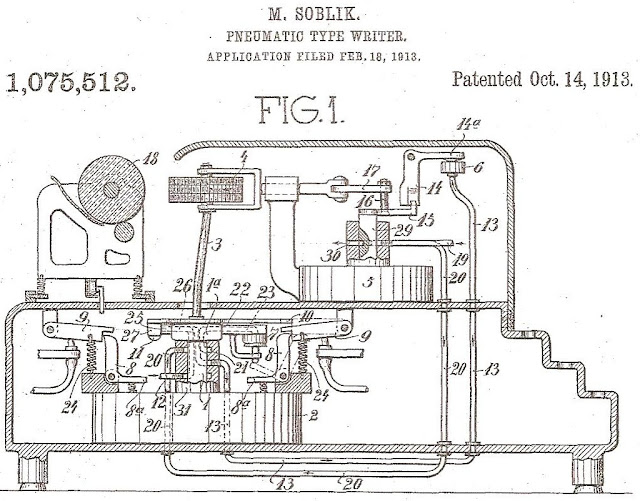 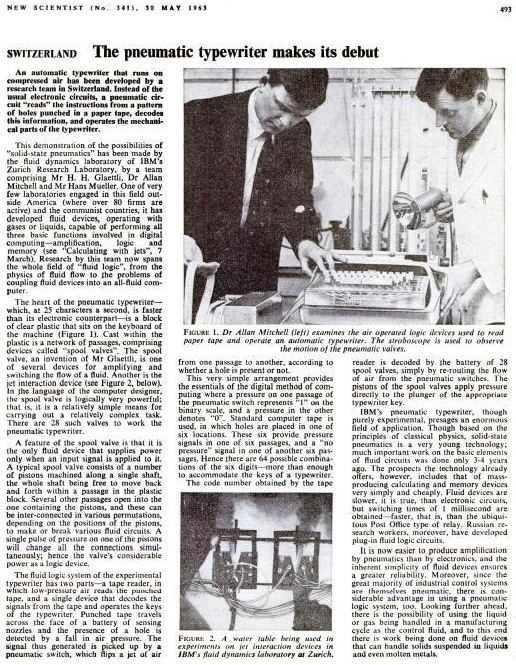 Georg Sommeregger has in the comments below (with link) drawn my attention to this demonstration of what I presume is the above system. The demonstration of the Robotyper was given last October 19 at the Internationales Forum Historische Bürowelt meeting in Markersdorf-Pielach in Austria:
Posted by Robert Messenger at 21:54

This is fascinating. I've long been intrigued by pneumatic typewriter schemes, but haven't seen this much information before. I thought you were going to be producing SHORT articles for a while! :)

I am emailing you a piece on a Soblik typewriter from The Literary Digest.

Please, Robert, I can't read as fast as you publish.
Here is the Robotyper: http://www.youtube.com/watch?v=oGLZ7auSyEY.

Thank you Richard and Georg.
Richard: I have added in one more US inventor, William Raab of Iowa in 1894, with drawings. I should have checked Dirk's list first! Dirk only has Raab and Soblik on his list.
Georg, thank you for this link and very interesting video, which I have now added. Is it the system outlined in the article from Switzerland?