On This Day in Typewriter History: The Quick Brown Fox Jumps 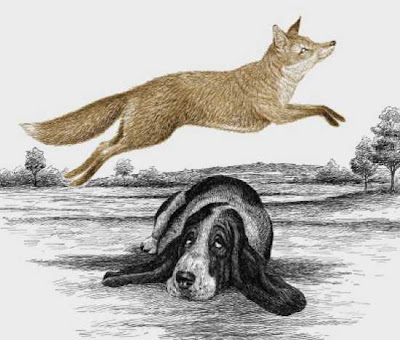 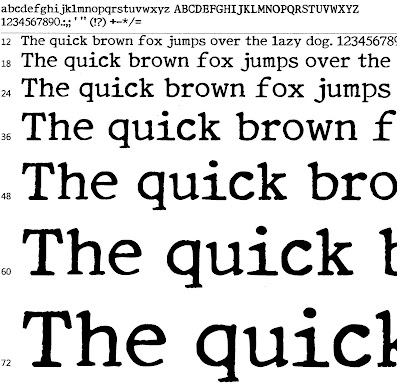 Everyone's favourite pangram got the official stamp of approval as typewriting's test line - trying out in the intelligible minimum of 35 keystrokes every letter of the alphabet - on this day (January 10) in 1903, 110 years ago today, when it appeared in Pitman's Phonetic Journal.
"J.Q. Vandz struck my big fox whelp" just didn't cut the mustard, it seems. Surprise, surprise.

Instead the holoalphabetic sentence The quick brown fox jumps over the lazy dog was contained, appropriately, in an advertisement in Pitman's Phonetic Journal for the Fox typewriter - which came, by chance, from the same city, Grand Rapids, Michigan, where this very pangram was apparently born. The ad referred to, "the well known memorized typing line embracing all the letters of the alphabet". 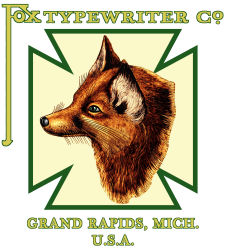 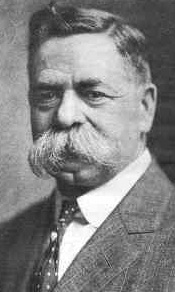 Henry Romaine Pattengill
Pattengill was assistant editor of the fortnightly Michigan School Moderator when, on March 14, 1885, the then Grand Rapids-based  publication contained the earliest known appearance of A [The] quick brown fox jumps over the lazy dog. (The Moderator was moved by Pattengill to Lansing later that year after he became its sole owner.)
The pangram was used in an article titled "Interesting Notes" in a journal which provided Michigan teachers with education news and suggested lessons. Pattengill wrote, "The following sentence makes a good copy for practice, as it contains every letter of the alphabet ..."
Pattengill was born in Mount Vision, Otsego County, New York, on January 4, 1852. The family moved to Litchfield in Hillsdale County, Michigan, in the mid-1860s. Pattengill graduated from the University of Michigan in 1874. For the next 10 years, he was superintendent of schools in St Louis and Ithaca, also serving as president of the Gratiot County Teachers' Association, as a member of the board of school inspectors, and later on the county board of examiners. From 1893 to 1897, Pattengill served two terms as Michigan superintendent of public instruction. He died in Lansing on November 26, 1918, aged 66. 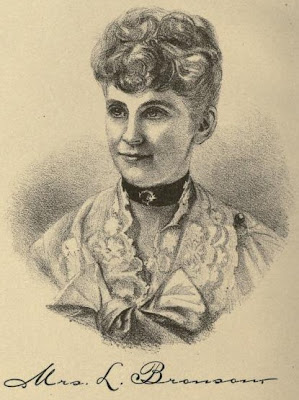 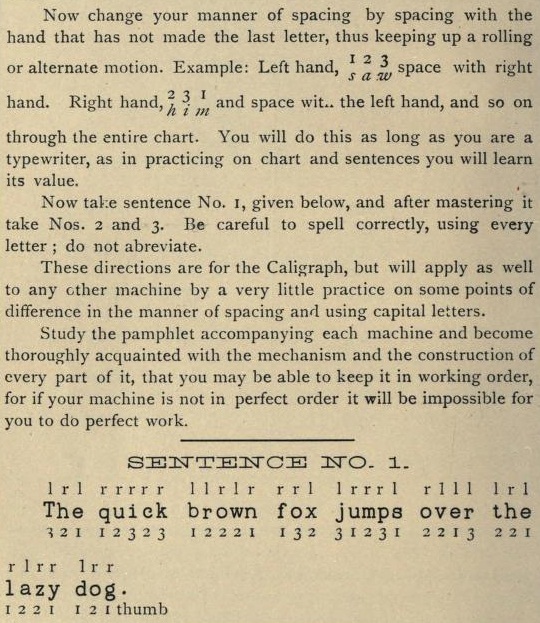 As a typewriting exercise, The quick brown fox jumps over the lazy dog was soon picked up by Linda Pennington Bronson-Salmon and used in her Illustrative Shorthand (published in San Francisco in 1888). Bronson-Salmon, born in Baltimore in September 1844, was for most of her life based in Portland, Oregon. 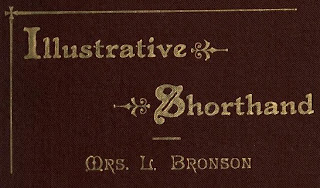 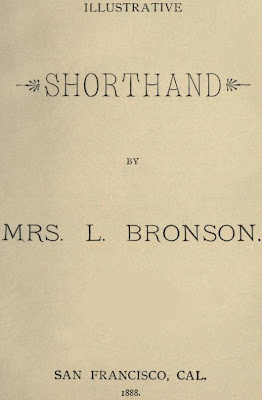 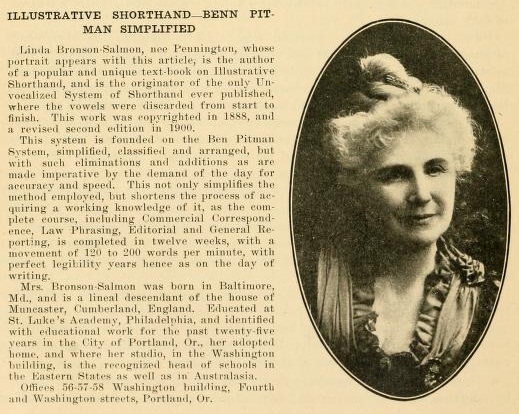 Next Lovisa Elina (or Ellen) Bullard Barnes used The quick brown fox jumps over the lazy dog as an exercise in her 1890 book How to Become Expert in Typewriting: A Complete Instructor Designed Especially for the Remington Typewriter. It then appeared in the Typewriting Instructor and Stenographer's Hand-book (1892).

Mrs Barnes, the wife of St Louis business college operator Arthur James Barnes (born Milgrove, New York, October 15, 1842), moved to Boston then Pasadena after her husband died in 1910. She decided to become a missionary in India and travelled there in 1919. She died in 1925. 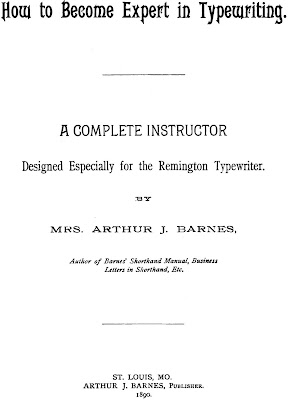 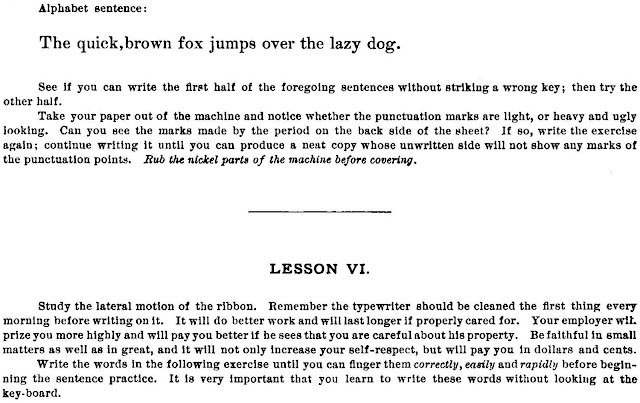 Arthur Barnes established the Barnes Business College in 1881, the year he married Lovisa and published Barnes' Shorthand Lessons, a text book of the Benn Pitman Phonography. Revised, it became known as Barnes' Shorthand Manual. It was used in the Business High School of Washington DC and Young Women's Christian Association of Boston. The book was followed by Barnes' Complete Typewriting Instructor.

How interesting and fun! I like the zombie pangram.

Quite interesting. I like the fox and dog. I often wondered where the phrase originated.

Thanks for this historical background. Great one can actually trace it back, and so early.

I remember typing the fox and dog pangram over and over in my first typing class at high school (which was only 1997 or so). Maybe my teacher was reading back issues of the Michigan School Moderator? It's great to know the pangram's origins.

I grew up in Litchfield, Michigan and my typewriter fanaticism was born there.