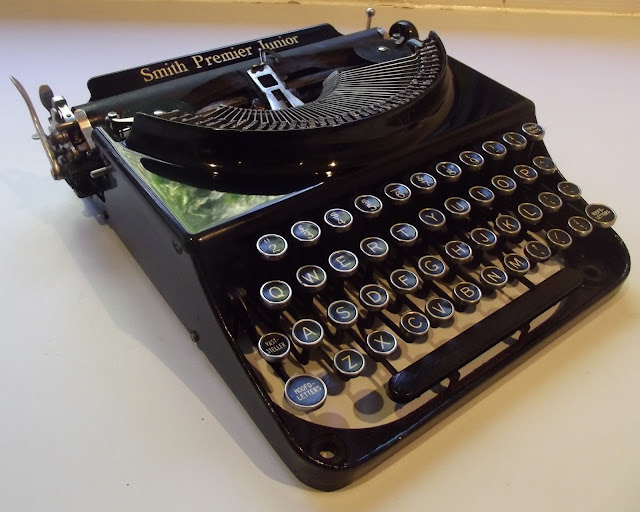 No sooner had I got home to a British-assembled Remington Home Portable than this Dutch keyboard Smith Premier Junior turned up. I'm glad it did. The Australian eBay seller was offering it up for spare parts or as a boat anchor. "I don't really know anything about this typewriter," he wrote in the listing. "It doesn't seem to be working - so it could be good for parts or a boat anchor!" Later he said, "It just looked like an old broken machine to me." 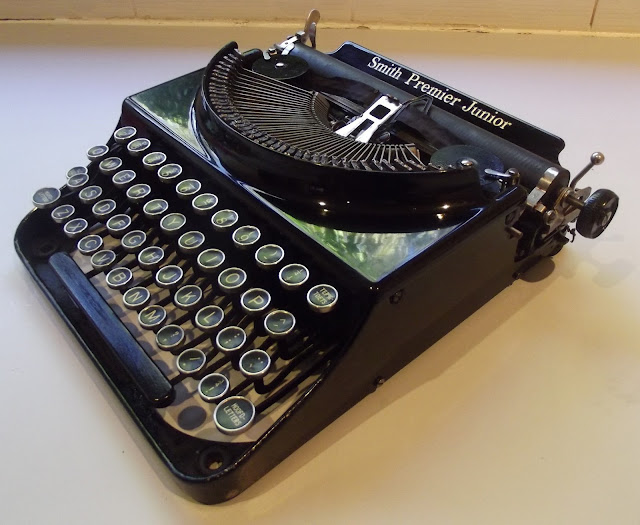 The reason it wasn't working is that the drawband had come unattached. Happily, however, the mainspring was still as good as gold, so it took a few minutes to re-attach the drawband and get this lovely little typer back in full working order again. It seemed as if it had been waiting a long time for someone to perform this very simple operation, as it zipped off like a rocket as soon it was able to type again. 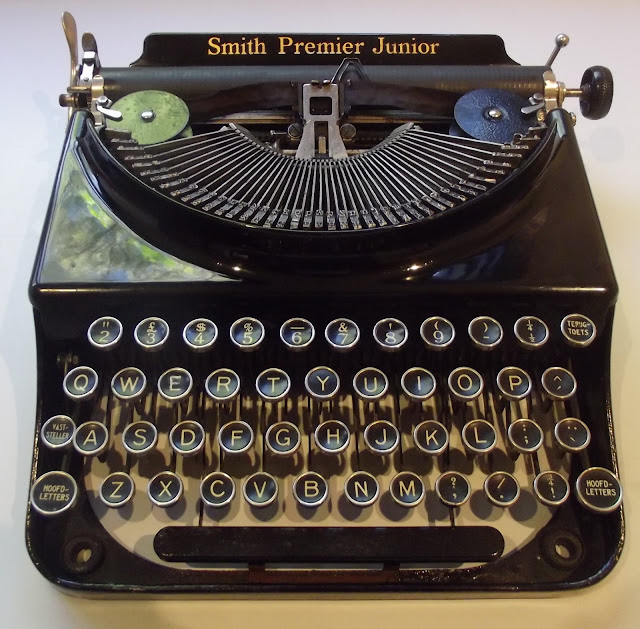 In his Remington portables review at The Classic Typewriter Page, Richard Polt says this model was made between January 1933 and March 1940, with serial numbers ranging from S150300 to S283163. Mine has the serial numbver S214027, which would place it in the late 1930s. Richard says, "This machine is almost identical to the [Remington] No 3 ... However, the Junior is a simpler machine. Remington advertising literature tells us: 'Stripped of some of the conveniences of higher priced models, it retains all that are essential to first-class typing. Especially suitable for the use of children and students, for social correspondence and home work.' 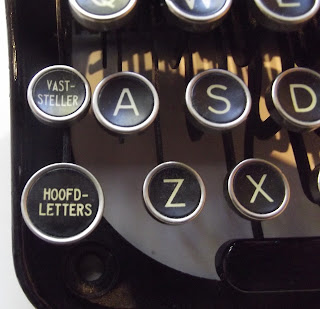 "The 'conveniences' that the Junior lacks but the No 3 has include a two-color ribbon and a right-hand carriage release lever. Its price was $37.50 in some ads, $39.50 in others. According to Remington records, the 'SD' version of the Junior, with a backspacer, was introduced in January 1938. However, a backspacer is present on at least some 'S' machines ..." 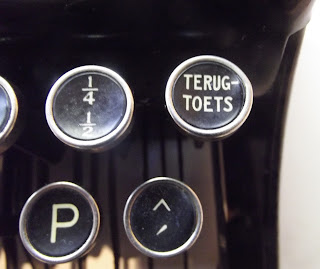 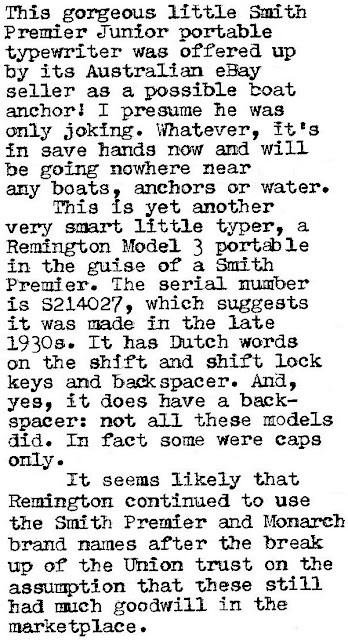 This is my second Smith Premier portable, as some years ago, in somewhat similar fortunate circumstances, I acquired the machine Richard Polt quickly dubbed the "Crocodile Dundee typewriter": 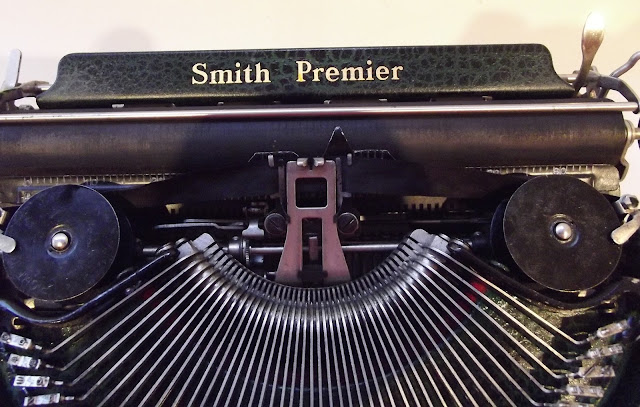 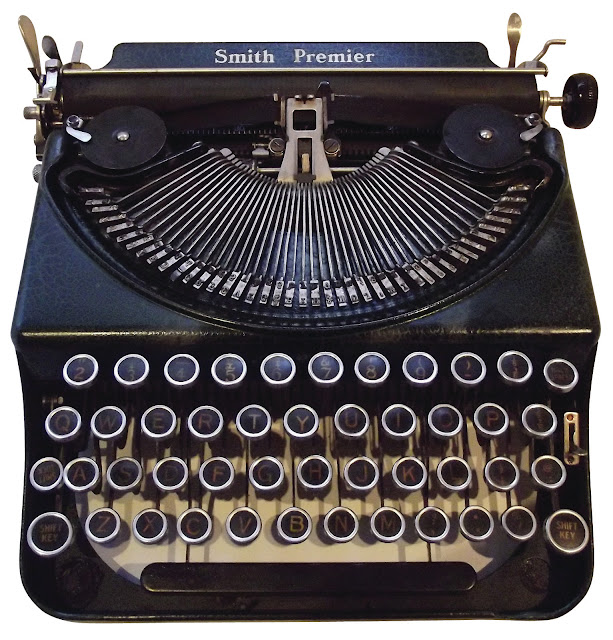 Posted by Robert Messenger at 09:15

A very nice little machine! I really love the 'collar' these have around the typebasket. Makes them look a bit more like the IGC, which is never a bad thing. Congrats on the awesome find!

Well done. I am pleased you were able to rescue this little beauty from seeing out its days scraping the bottom of a seabed somewhere.

Nice work it does!

Great save! I am so glad you were able to save this from a rather unfortunate end, by the sounds of it :)

Fantastic little boat anchor indeed. I recently found one myself. A rare op shop find in Sydney. It's beautiful and fully operational. It is attached to the bottom of its case as opposed to the bottom of the sea. Can you give me an indication of value??