On This Day in Typewriter History: Brown's Variable Feed

PART 217
On this day (December 27) in 1898, Chester Wayland Brown, of Jackson, Michigan, was issued with a patent for a variable feed typewriter. 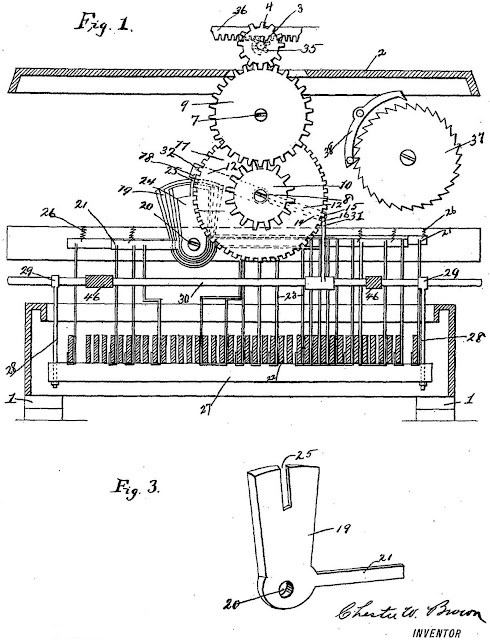 Brown wrote, "The object of my invention is to provide a variable feed for the paper-carriage of a typewriting machine, so that on striking a key-lever actuating a narrow type, like that of the letter 'i', the paper-carriage will be fed a less distance than when a wider character or letter is written, thus according to each letter its proper width, as in printers' movable type, and thereby making the written page appear like ordinary print ...
"I have provided seven variations in spacing, giving to the letters the same width or space given them in the self-spacing series of the American Type-Founders Company.
"With the above objects in view, my invention consists in connecting the rack-bar on the paper-carriage with the controlling or escapement wheel by means of gear-wheels and controlling the movement of the escapement or controlling wheel by means of a double ratchet or pawl mounted on the same shaft as the escapement or controlling wheel and operated by a space-bar and levers connected therewith and dogs connected with the keylevers to regulate the number of teeth taken up by the limber ratchet of the double ratchet or pawl." 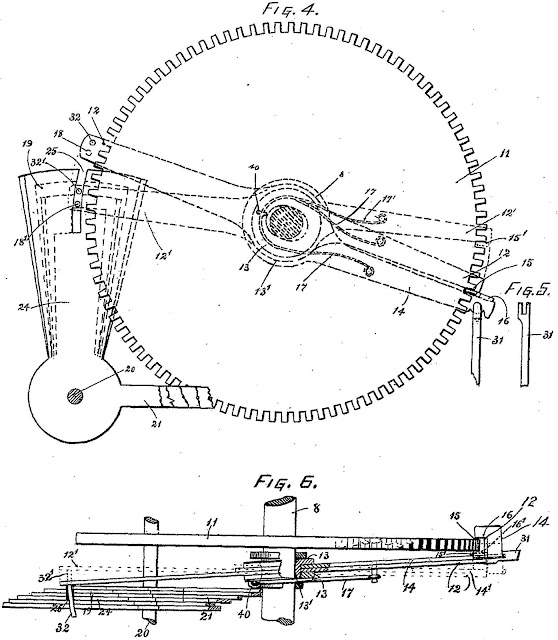 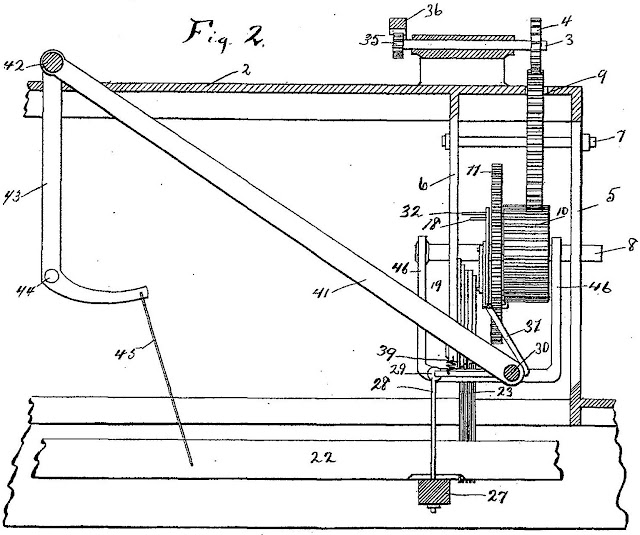