How NOT to pack a Typewriter

You'll find ample sound advice on the Internet about how to properly pack a typewriter for shipping. Here is how NOT to do it. 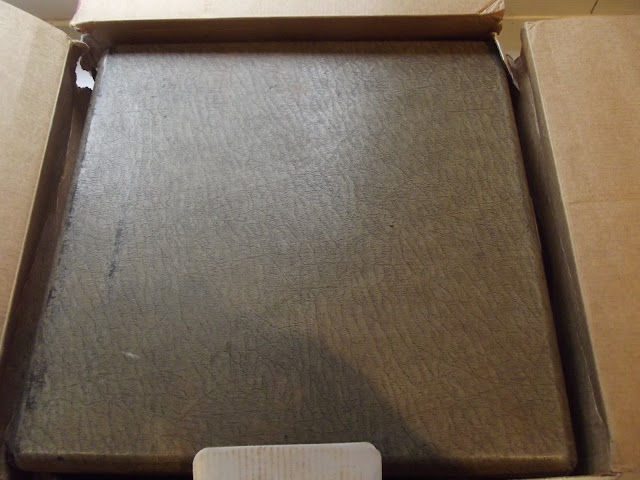 This disgraceful example comes to you from a seller in Maryland called CCM Maryland, of Maugansville. The seller has to date had 1654 feedbacks and has a 100 per cent positive record. But perhaps not for much longer! 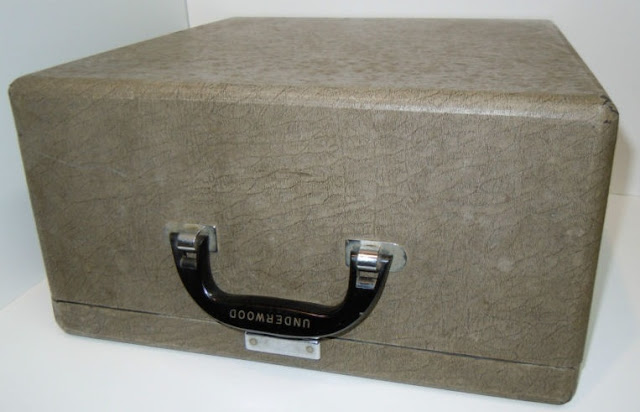 The seller helpfully included an image in the eBay listing of the case as it was BEFORE CCM Maryland shipped it. Look at it now: 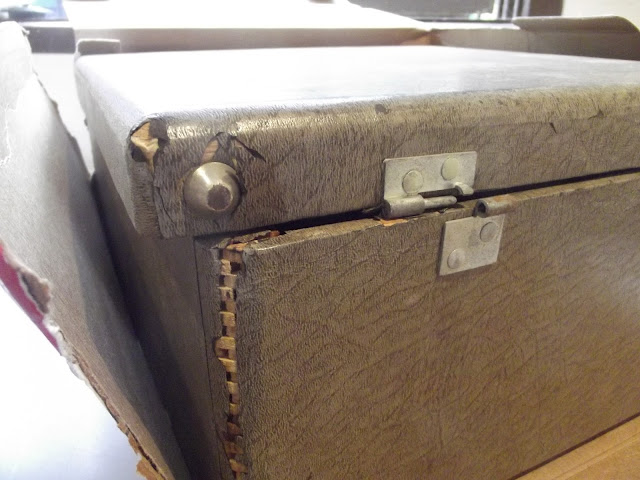 The only bit of protection offered the typewriter in transit to Australia was a couple of crumbled pages from a newspaper in a lightweight plastic shopping bag and a tiny piece of bubblewrap. This was INSIDE the case. 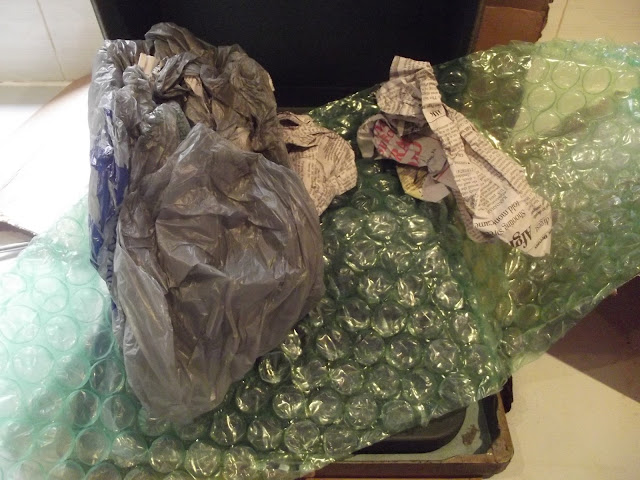 There was NOTHING around the case to protect it or the typewriter.
The case was smashed, the tongue and groove work on the edges ripped apart, the base dragged off its broken hinges, the locking clasp twisted out of shape. 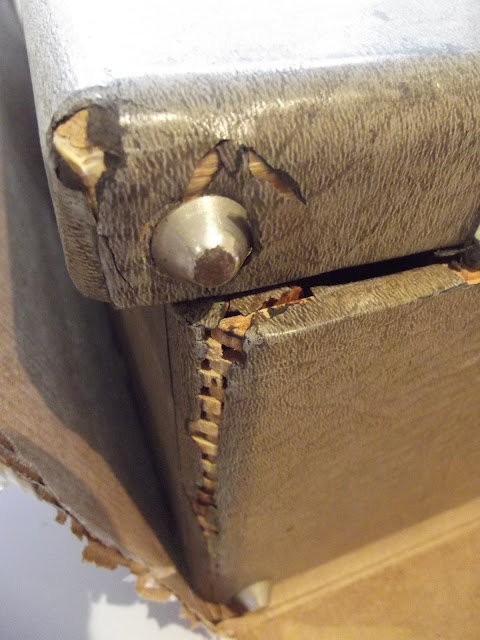 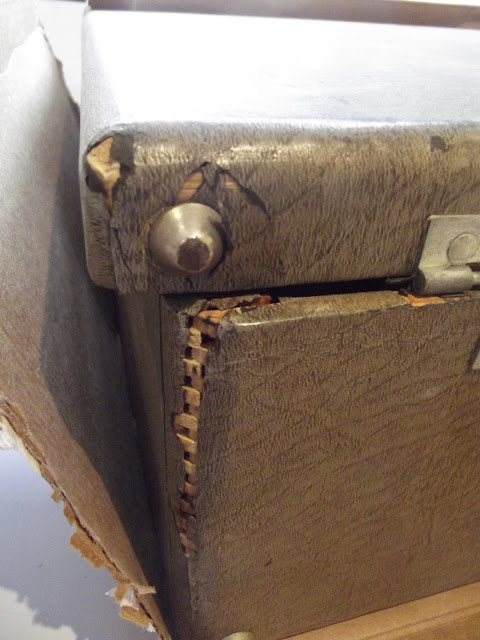 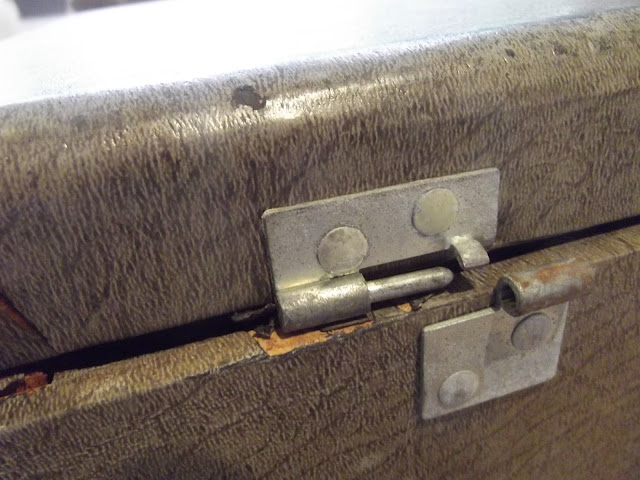 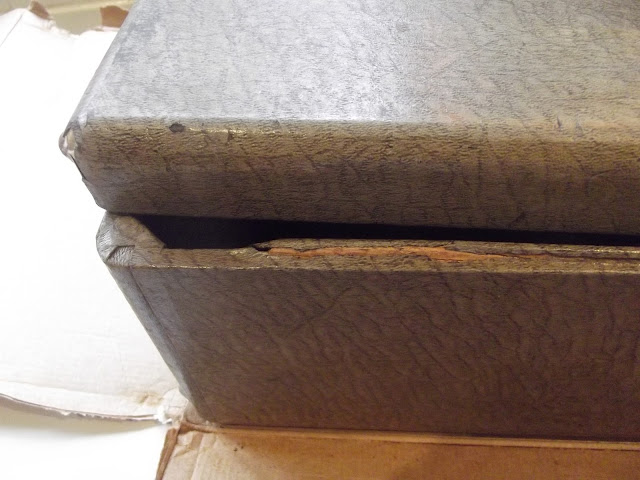 The case was squeezed into a box only very slightly larger than the case and, without any protection around it, the case took the full brunt of thumps and bumps during transit. 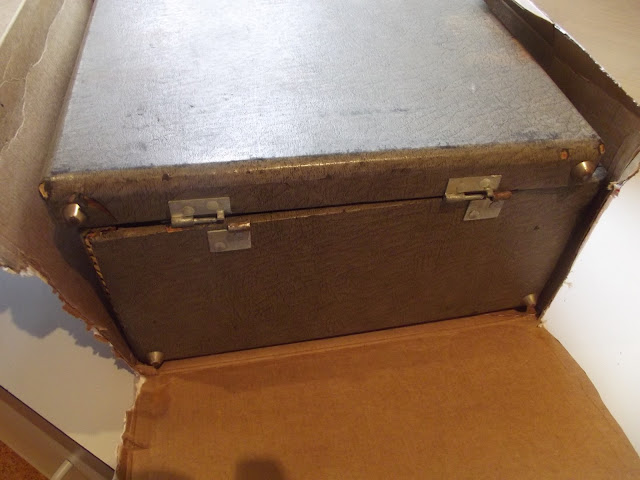 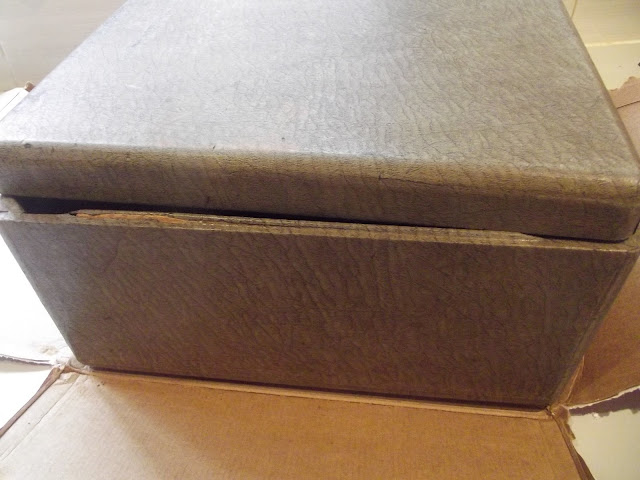 My heart was in my mouth from the moment the lady at the post office pushed the package across the counter to me. I could see through the massive cracks in the thin cardboard box that it had received some very rough handling. Worse, I could clearly see that the typewriter case had nothing around it to protect it against such handling. I feared the worse: 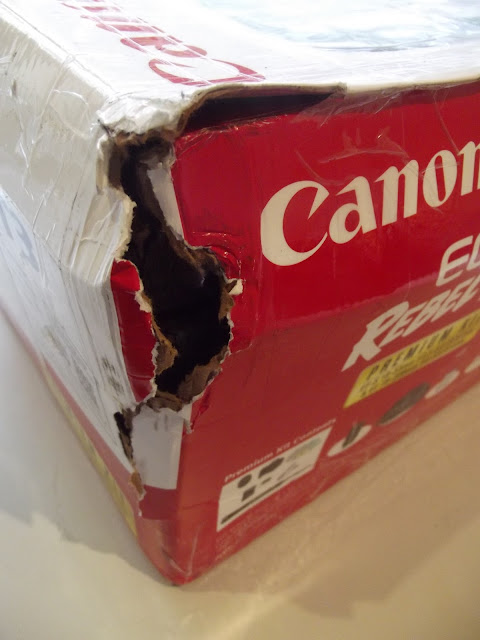 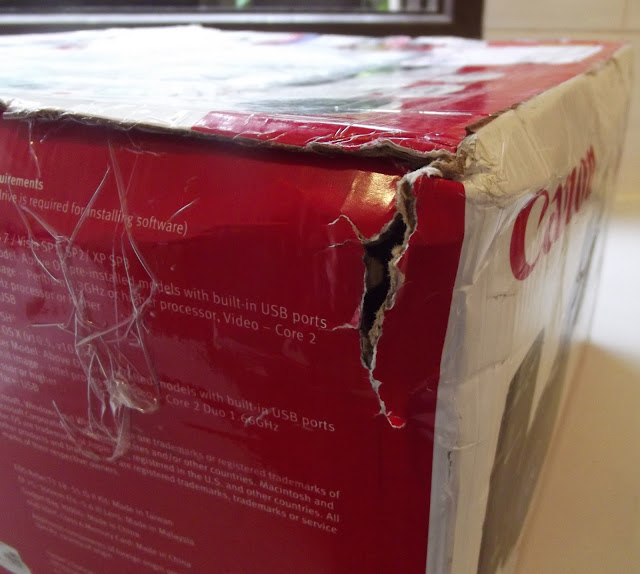 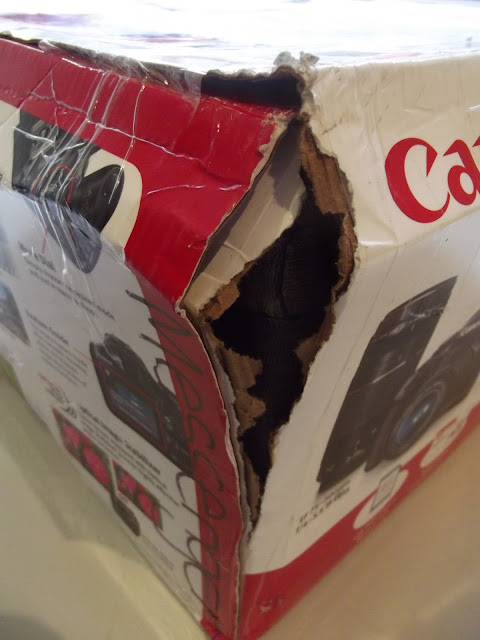 It's an absolute miracle that the typewriter made it out here without apparent major damage. There is a ball bearing missing from the carriage, but that is likely to have been missing before the typewriter was packed. There was no sign of it inside the case. The typewriter was described by CCM Maryland as being in very good working condition.
This is the sixth horror packing job I have had to deal with in the past couple of months. Among the others was a small portable, again tightly packed into a box with absolutely no protection around the case or typewriter. Next, a beautiful old Hermes 2000 was sent from England, the case careering about inside a much larger box with just one skinny piece of bubblewrap around it to protect it as it crashed into the sides of the box with each impact. Inside the case, nothing. The ribbon spool covers had come loose and were floating around, chipping the once gorgeous shiny black paintwork. The drawband had snapped and wrapped itself tightly around the stem of the mainspring. It was the second time this exact same thing had happened with a typewriter sent from England, the other being an Imperial Safari. And at least the third time in my collecting career.
Now this. I've had a gutful of irresponsible packing by eBay sellers.
I might add that it has been my experience that only some (more responsible) eBay sellers take any notice of packing advice offered to them by me as the buyer. Many choose to ignore it.
From now on, I think I should photograph and post on every example of this shoddy practice.
Maybe it's time we all started to NAME AND SHAME!

Posted by Robert Messenger at 12:30

It's always such a joykill, the excitement of getting the typewriter and then the drop of your stomach when you see the box and the damage upon open. It's happened a few times with me that I try to restrict my ebay buying. My most recent poorly packed package was for a parts only machine so I didn't feel as bad, but packed exactly like that - unprotected case in unpadded box. The whole carriage dropped and is stuck (the second ebay typer I got this way), but like I said, I bought this cheaply for parts so I didn't bother to complain. I glad your typer was undamaged!

Shameful, shameful. Some people have no common sense -- or else they just don't give a #@ç*.

Urghhh, I feel your pain!
That case was very pretty too.
And YES, name and shame!