Mystery of the Gubelmann Typewriter: The Underwood 3 Portable 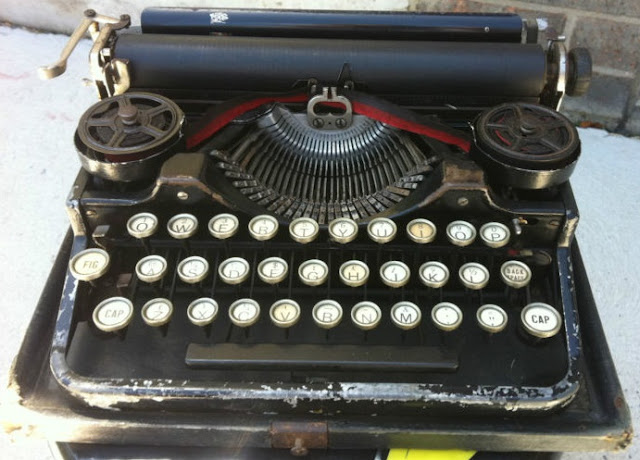 Well, for thing, there didn't seem to be a single surviving decal on the poor old typewriter to indicate it was an Underwood, save a half-worn-off Underwood logo on the paper plate. But while this seller couldn't find a single shift key on his computer keyboard (why did Byron Brooks bother?) he did go hunting fairly earnestly for a decal. And guess what? He found one - underneath the paper plate. It said, "Licensed under Gubelmann patent November 9, 1915". And the seller even offered photographic evidence to prove it. 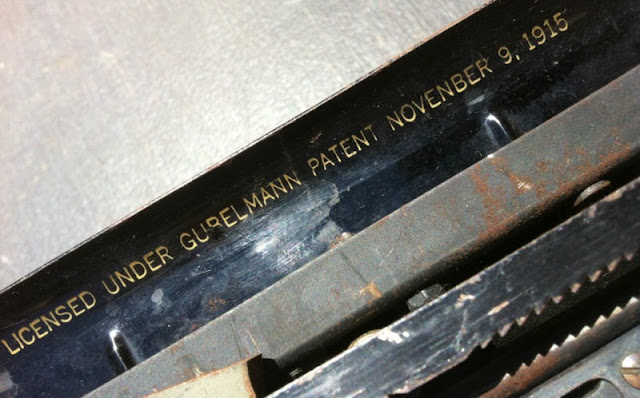 Now, I thought I knew the Underwood 3 inside out and backwards, but I have to confess I had never seen this before. So I quickly grabbed an Underwood 3 that happened to be sitting beside my computer and, sure enough, there it was, the same decal on my one of my own machines (the earlier patent dates below refer to Lee Spear Burridge's designs, beginning in 1912). 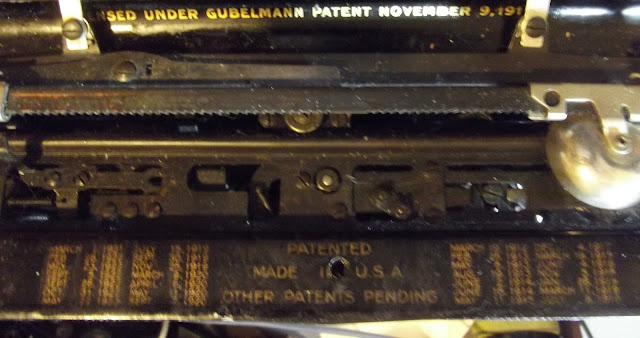 Now, if I was really confused at this point, I was to become even more confused when eventually I did track down the Gubelmann patent in question. For anyone interested in having a look, it's US Patent No 1160071. I know it's this one, because it's the only one of an alleged 5000 patents which were issued to William S.Gubelmann which was issued on November 9, 1915.
I knew all along, of course, that Lee Spear Burridge had designed the Underwood 3, just before he died in 1915. So what did Gubelmann have to do with it? Well, having searched through the inordinately-long 83-page application for his Patent No 11600761, I am none the wiser. The patent is for a "calculating-machine"; Gubelmann is famous for his adding and accounting machines and cash registers.

I was subsequently to discover that the Melbourne seller is not alone in coming to the false conclusion that the Underwood 3 is a Gubelmann typewriter. I noted that Kasbah Mod has also listed an Underwood 3 as a "Gubelmann/Underwood 4-Bank [it's clearly a three-bank]. "This early 4-bank [it's got three banks] typewriter was designed by William Gubelmann - inventor of typing and calculating machines as we know them - and manufactured by Underwood. Designed to compete with Smith Corona’s hugely popular 4-bank model [no, it was the Corona 3], this industrial, Art-Deco-inspired machine features gold-toned keys ..." 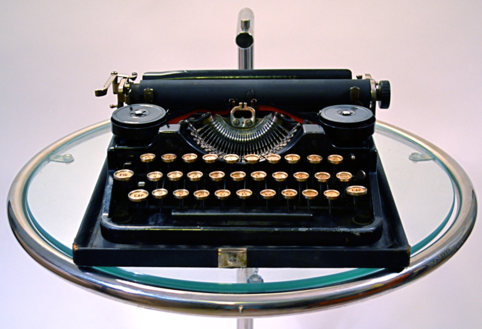 Kasbah Mod appears to have at least done a little bit of research here. "William Gubelmann - inventor of typing and calculating machines as we know them" might be closer to the truth than we have previously realised.
In an article by Alfred Eris in the March 1951 edition of the authoritative Popular Mechanics, titled "Some Get Rich, Some Don't", Eris wrote, "Virtually every typewriting, calculating and bookkeeping machine in use today owes some of its design to the ideas of the little-known Gubelmann". There may well be a grain of truth to this claim. (See full story below) 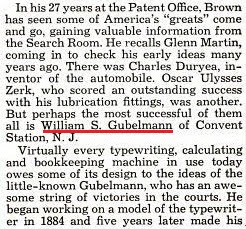 Take, for example, this Gardner/Monroe calculator and this Smith-Corona portable adding machine, both (like the Underwood 3) licensed under Gubelmann patents. 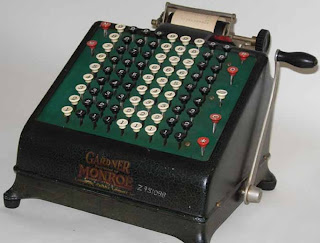 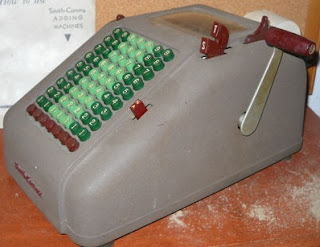 So who was William S.Gubelmann? If he was, as Eris wrote, "little-known" in 1951, he is even less known 62 years later. Wikipedia has a whole two lines on him, and even those are far from accurate.
William S.Gubelmann was actually born Gulielmum Samuel Gubelmann in St Louis in 1865. Wikipedia bases its birth year of 1863 on Gubelmann's obituary in The New York Times of September 27, 1959 (he died the previous day), which claims Gubelmann was 97 when he died. He was actually 94.
Popular Mechanics had in 1951 called Gubelmann “the father of all calculating machines in use today” while The New York Times said his inventions "formed the basis of the business machine industry".
The headline on Eris's Popular Mechanics story says plenty. Gubelmann was one of those rarities who made a very large fortune from his inventions. Burridge died reasonably well off, as did George Blickensderfer and, one presumes, John Henry Barr and Edward Bernard Hess. But Gubelmann died super, super rich. And one can safely assume he did so at least partly because of the royalties he gained from sales of the Underwood 3 portable typewriter - whatever they were for. 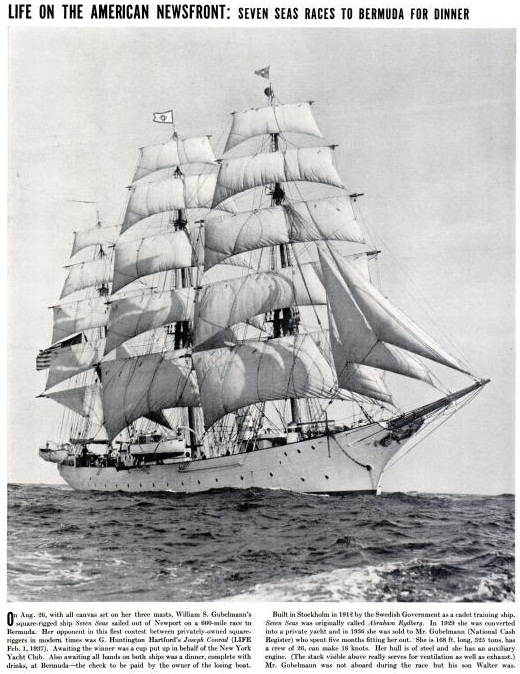 One of Gubelmann's prized possessions was a square-rig, three-mast, 168-foot yacht called the USS Seven Seas, made for the Swedish Navy in 1912 as the training ship Abraham Rydberg and in 1942 sold to the US Navy for wartime service. At that time William was running Marine Airways of Roslyn, Long Island. 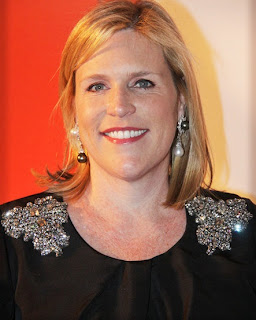 Gubelmann's great-granddaughter is Marjorie Gubelmann (above), owner and chief executive officer of Vie Luxe International. She "has been known as a society hostess and influential tastemaker". Her grandfather was William's son, Buffalo-born Walter Samuel Gubelmann (1908-1988), who took on the management of the family-held Realty and Industrial Corporation, which was reaping his family millions of dollars. Walter was a "prominent socialite, millionaire and croquet [and lawn bowls] player" who headed up the syndicate that successfully defended the America's Cup in 1964 with the yacht Constellation. 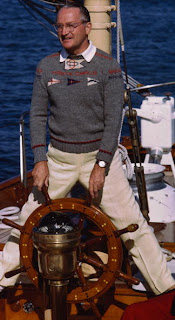 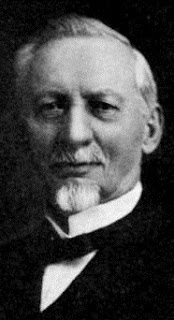 Jacob Gubelmann
Jacob arrived in America at the age of 12, converted to the Baptist religion and entered the Rochester Seminary in 1852. He graduated as a doctor of divinity in 1860 and served churches as pastor for 25  years, in Louisville, St Louis (where William was born) and Philadelphia. In 1885 Jacob was called to Rochester Seminary as a teacher and remained there for 31 years, teaching systematic and pastoral theology and Homiletics. He resigned in 1915 and died in 1919, aged 83.
The Gubelmanns are difficult to track, since they variously appeared on census forms and other official documents as "Gabelmann", "Gubelman" and "Gerbelman". William S.Gubelman was married (in Buffalo in 1891) as Guleilmum [sic] S. Gubelmann but in his youth was known as "Willie".
Popular Mechanics, March 1951 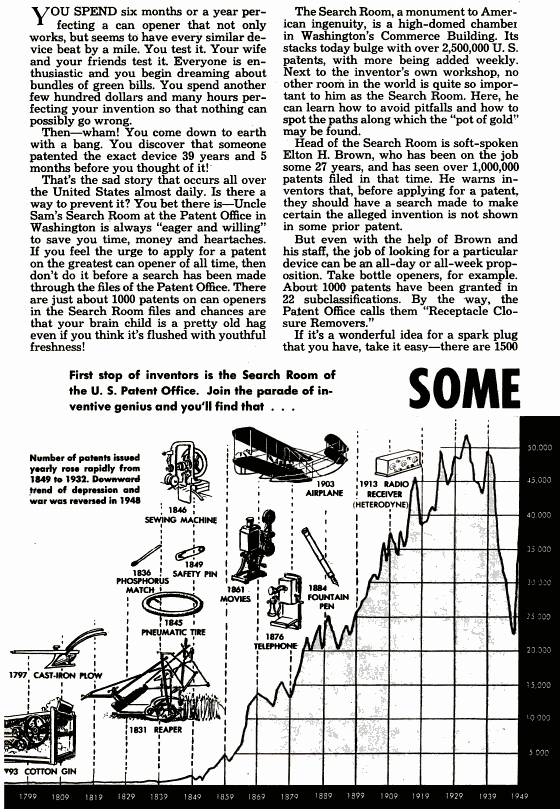 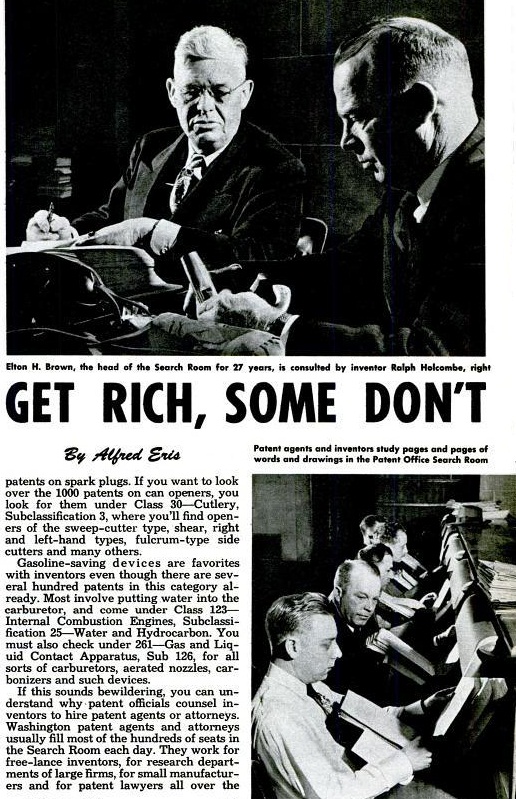 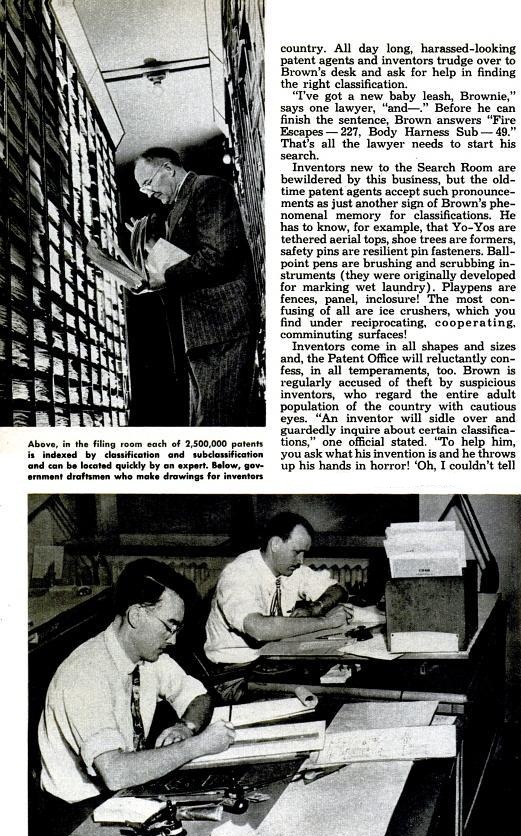 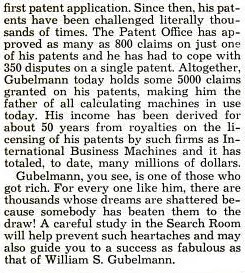 Posted by Robert Messenger at 23:56

So, what was this patent about? For some reason I have a feeling this was a case analogous to the famous (or infamous) Selden patent applied to typewriters.

Georgw B. Selden was a patent lawyer that applied for a patent in 1895 for an automobile. He presented the idea of a self-propelled carriage fitted with an engine, and after that, and during many years, every American car manufacturer had to pay him royalties for use of "his" patent.

This was challenged in court by Henry Ford, who, after a long battle (and when it was only months before the Selden patent expired) could demonstrate that the vehicle described in the patent was fundamentally different to the ones built at the time. But Ford was the Maverick (pun intended); all other companies had not only to pay royalties to Selden, but their cars had to have a badge that said they were built "in accordance with the Selden patent".

Perhaps this Gubelmann patent was for something similar? The *idea* of a machine to imprint numbers and letters on paper, but not an actual design every manufacturer used? If so, more than an inventor, I'd call him a shark...

What a fascinating post. The Gubelman family have quite an interesting story.

Miguel, if that were the explanation would we expect to see more references to a Gubelman patent on other typewriters of the period? I never knew that story about the Selden patent for automobiles. I'm learning lots of great stuff today.

Yes, Ray, and that's what intrigues me most, because, if someone like Robert hadn't heard of that patent before, it means it was very much hidden from view. But for Gubelmann to be credited pretty much as "having invented the typewriter and adding machines as we know it", it means that he had some meaningful role in the early stages of their inception.

It would be interesting to take a closer look to that Gubelmann patent, just to see what entitled him to receive royalties from Underwood and, presumably, from other typewriter manufacturers.

If I had a typewriter of the same vintage I would check. It'll be interesting to hear what others might find.

You guys have made some very good points here and I'm a bit surprised no one else has gone checking their machines for similar "hidden" patent decals. I'm certain I can't be the only one to have overlooked this one.
Like Ray, I was unaware of the Selden situation and I thank you for pointing that out to us. Very interesting.
One key issue here is that Burridge designed the Underwood 3 in 1915 and died soon after, and the machine was put on hold until 1919 for reasons no one can explain. Maybe this patent (dispute?) was the cause?
The other point is that Gubelmann applied for the patent away back in 1889, but it was not issued until 1915. That's an inordinately long wait of 26 years! That in itself seems highly suspicious to me.
I'd like to hear from others, as Ray suggestions. Gubelmann has never been mentioned in regard to the early development of the typewriter, but I'd be surprised if the Underwood 3 was on its own here. By the way, the patent application is 83 pages long, so it takes some reading.

We were in the garage this morning and found this typewriter it says
plainly licensed under Gubelmann
Nov 9, 1915.
The keyboard is different to get
the numbers are listed on the letter keys and to get a letter push down
on the shift key also the keyboard is not a regular keyboard, when you put your fingers on the keys there is only one space. It is in good conditions and the case is really
unique. I would appreciate your
comments on this.
Thanks,
my hsb repaired typewriters and business machine all of his working
career.

Just found this site here; it's quite interesting.

As for the suspicious Gubelmann patent: I searched the internet (again) about what exactly this patent could be about and found your page here. I'm from Germany and own an Underwood Model 5 with german keyboard layout and some special types for the german language, such as ß, ö, ü and ä. Using its serial no. I was able to track down the year this very machine was built to 1927. And: this machine has the same decal on its backside as your model 3, saying it was licensed under that exact ominous Gubelmann patent. Years ago, I saw pictures of other model 5's on the internet (e.g. ebay), and they all wear this decal - so Gubelmann was to be mentioned for whatever reason at least during the 1920s by Underwood not only on the model 3 but also on the "desktop version" model 5.

Thought you might find this information a bit helpful or even interesting.