On This Day in Typewriter History: Petit Typewriters

PART 227
Within a relatively short space of time, two men called Petit were issued with US patents for small index typewriters. The two were unrelated. One was Canadian-born Ademor Napoleon Petit, the other Nelzire Francis Petit, of Charleston, South Carolina.
Neither of the patented Petit typewriters looked to be entirely original in concept. Indeed, the Nelzire Petit design seems to be a blatant rip-off of Thomas Hall's index typewriter. 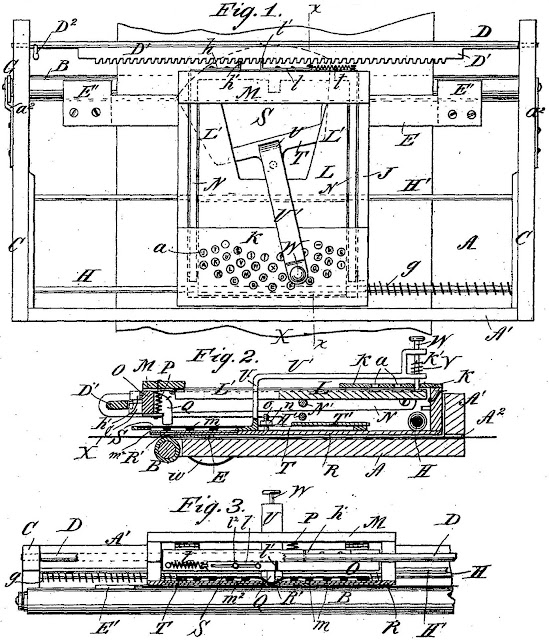 Ademor Napoleon Petit applied for his patent (below) in 1891. This Petit was born in Fraserville, Témiscouata County, Quebec, on March 13, May, 1865. In the mid-1870s the family moved to Chicopee Falls, Hampden, Massachusetts. Ademor worked for Thomas Edison and organised the Edisonia Company of Newark with brothers Albert and Arthur. He suicided in West Orange, New Jersey,  on June 15, 1914, aged 44. His fascinating life story can be seen here. 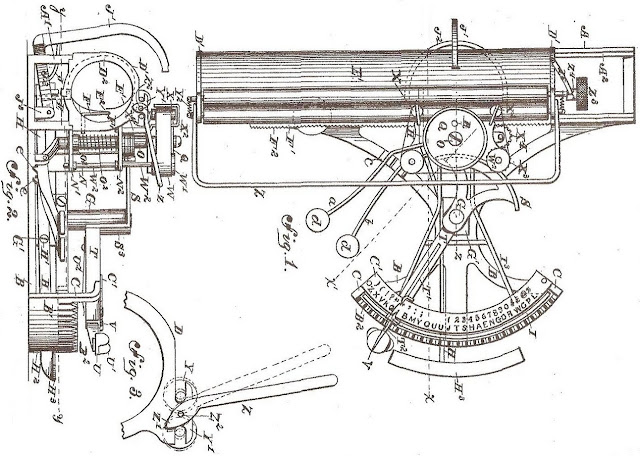 Nelzire Francis Petit died in Baltimore, Maryland on September 18, 1912. His body was returned to Charleston for burial.