On This Day in Typewriter History: Sholes's Last Typewriter 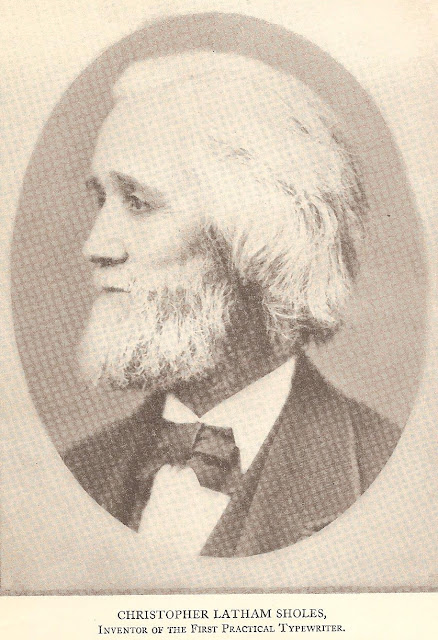 We all know about his first - here is Christopher Latham Sholes's last typewriter patent. It was issued to him on this day (December 31) in 1889. Six weeks later, on February 17, 1890, he was dead. 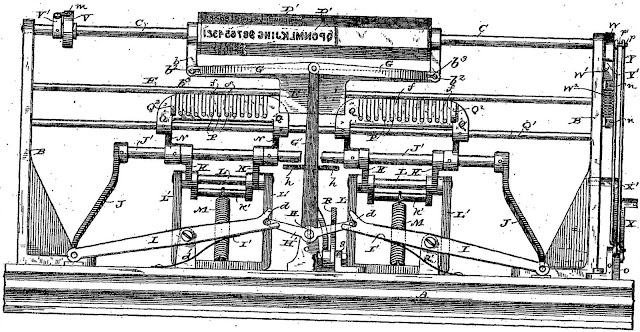 Sholes applied for the patent on July 16, 1887, at a time when he had long since severed all relations with James Densmore and the Remingtons and any he might have had with Wyckoff, Seamans and Benedict. 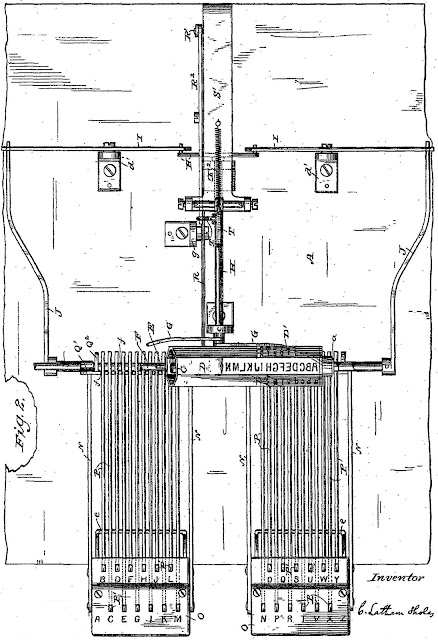 Sholes designed this one last machine while he read Edward Bellamy's Looking Backward: 2000-1887, which depicted the utopian America of the year 2000.
This science fiction novel is, according to Erich Fromm, "one of the most remarkable books ever published in America". It was the third-largest bestseller of its time, after Uncle Tom's Cabin and Ben-Hur: A Tale of the Christ. It influenced a large number of intellectuals, and appears by title in many of the major Marxist writings of the day. "It is one of the few books ever published that created almost immediately on its appearance a political mass movement," Fromm wrote. In the United States alone, 162 "Bellamy Clubs" sprang up to discuss and propagate the book's ideas. Owing to its commitment to the nationalisation of private property, this political movement came to be known as Nationalism, not to be confused with the political concept of nationalism. The novel also inspired several utopian communities. 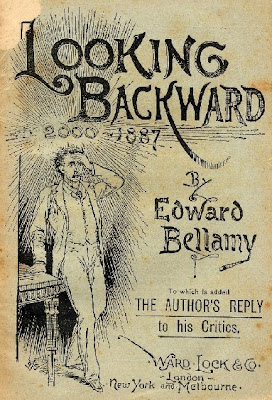 What did Sholes envisage for his last typewriter? Did he design it while looking forward, believing in a utopian future?
"My invention relates to type-writing machines, and belongs to that class of such machines wherein the type are all set in motion at once to bring the desired character to the printing-point where said character is impacted by a suitable mechanism to produce an impression, this style of machine being contradistinct to those having the type carried singly or in pairs on separate levers that are independently actuated to produce the above result. My invention has special reference to simplifying, cheapening and reducing the size and weight of the machine without in any way impairing the scope of its work or the speed and efficiency of its action. To do this, I dispense entirely with keyboards composed of separate and numerous key-levers, a single lever on the right and another on the left serving every purpose of the manifold lever system, and said single levers, unlike those employed where there are but one or two in a machine, having no side motion of any kind, but do their work by a single downward impact, thus affording all the advantage of the separate key without its complication, size, or expense. 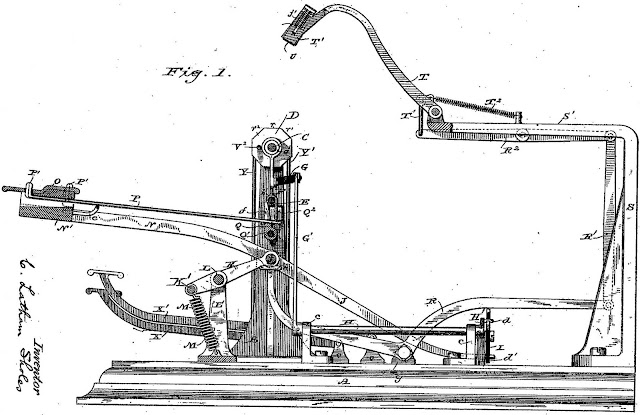 "In carrying out my invention I employ a peculiar system of stop-rods, operated by a distinct application of the fingers, that actuates either one of the aforesaid levers, and, the-proper stop being touched, the right letter will be held at the printing-point to be struck by the impacting mechanism."
Posted by Robert Messenger at 19:36

Looks almost like a Rube Goldberg contraption. Then in a way don't all manual typewriter mechanisms?

I need to look for that book. I enjoy the way the folks from way back envisioned the late 1900s and 2000 or so, especially those written in the late 19th and early 20th centuries.

I hope the fires stay away from you.

Wow, this is a radical idea.

I read Looking Backward years ago -- fairly crude propaganda, as I recall.