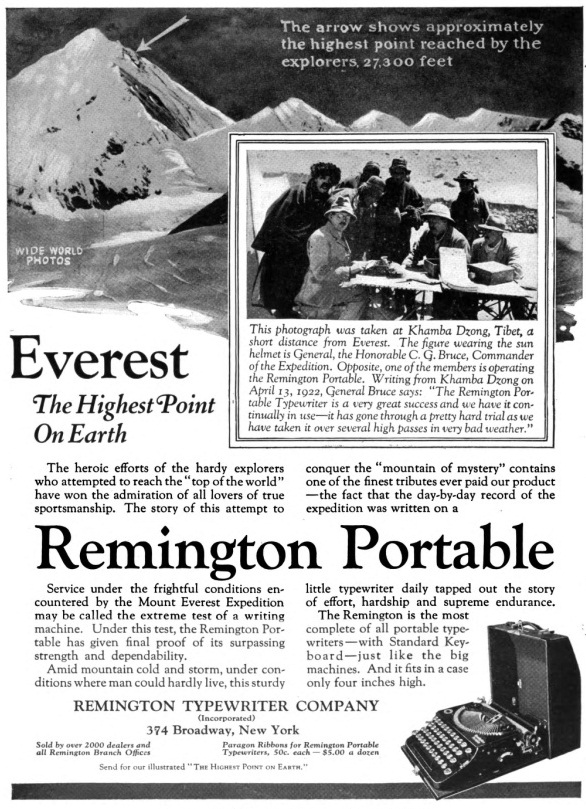 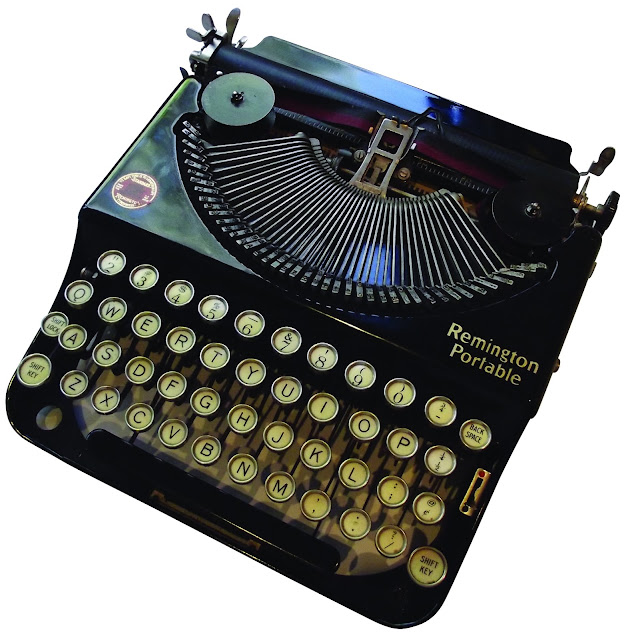 Less than 17 months after the Remington portable typewriter had been launched on the market in the US, one of these first models was taken into the Himalayas by British Mount Everest Expedition leader Brigadier-General "Bruiser" Bruce. 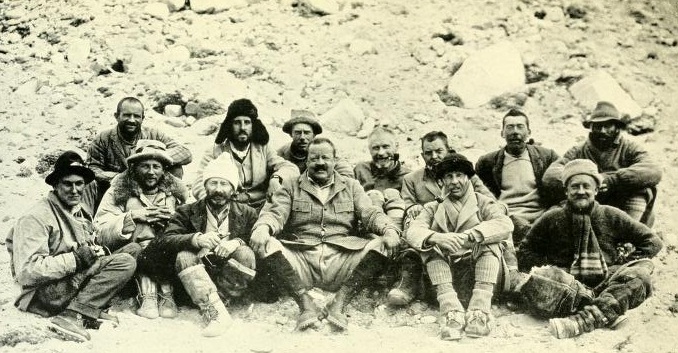 "Bruiser" Bruce is in the front centre of his 1922 team
Bruce led the first two attempts to conquer Mount Everest, in 1922 and 1924. The first was marked by the first use of oxygen, which proved a success, despite Bruce's own misgivings. His climbers reached within 1730 feet of the peak. George Ingle Finch and Bruce's cousin Captain C. Geoffrey Bruce used oxygen to set a new world altitude record of 27,300 feet, via the North Col. 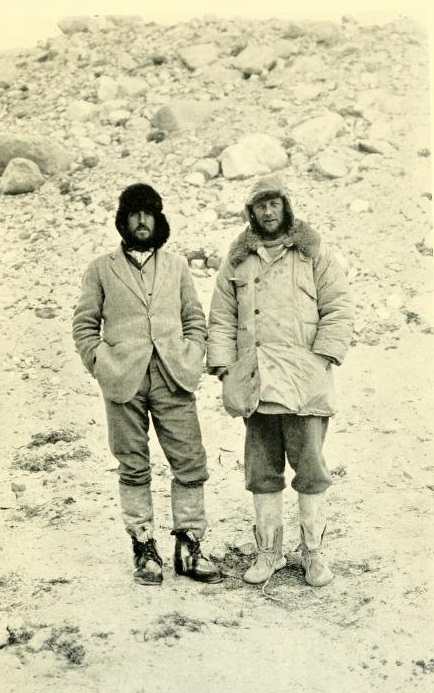 Finch, right, with Captain Geoffrey Bruce
Finch, a chemist, was in charge of the oxygen experimentation.  He was born in Orange in the central west of New South Wales in 1888 and educated in Zurich in Switzerland. He was the putative father of the famous Australian Oscar-winning actor Peter Finch (he was Finch's mother's legal husband at the time Finch was conceived). 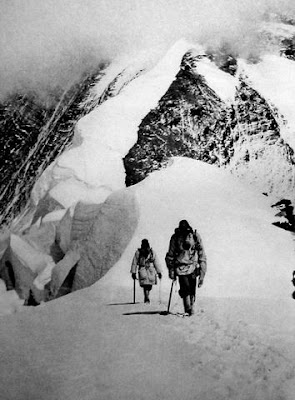 George Mallory and Geoffrey Bruce on Everest in 1922
The second British Everest expedition, in 1924, is remembered for the deaths of George Mallory and Andrew Irvine, who, some believe, had actually become the first to reach the summit, before they perished on their descent. 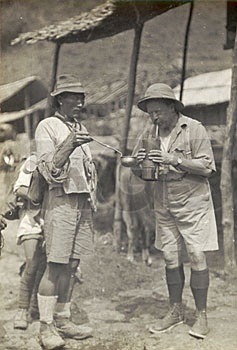 Bruce, a renowned heavy drinker, right
Brigadier-General The Honourable Charles Granville Bruce, CB, MVO, was born in London on April 7, 1866, the youngest of the 14 children of Henry Bruce, 1st Baron Aberdare (1815–1895).  He was a Himalayan veteran and as such a natural choice to head the British expeditions, planned and organised by the British Royal Geographic Society and the Alpine Club in a joint Mount Everest Committee.  Between 1923 and 1925 Bruce was president of the Alpine Club.
In 1888, Bruce joined the Indian Army and became a career soldier, serving with the 5th Gurkha Rifles from 1889 to 1920. In 1915, Bruce went to Gallipoli, in command of the 1st Battalion the 6th Gurkha Rifles. 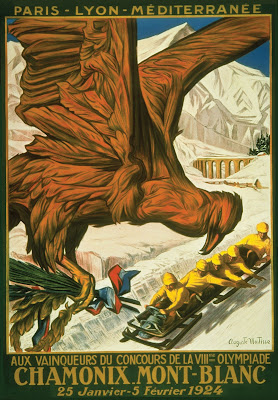 The 13 members of the 1922 expedition (including Finch) were awarded Winter Olympic Games medals (silver with gold overlay) for alpinism at Chamonix at the foot of Mont Blanc in France in 1924. Presenting the medals, International Olympic Committee president Pierre de Coubertin, father of the modern Olympic Movement, spoke of the team's "absolute heroism on behalf of all of the nations of the world". 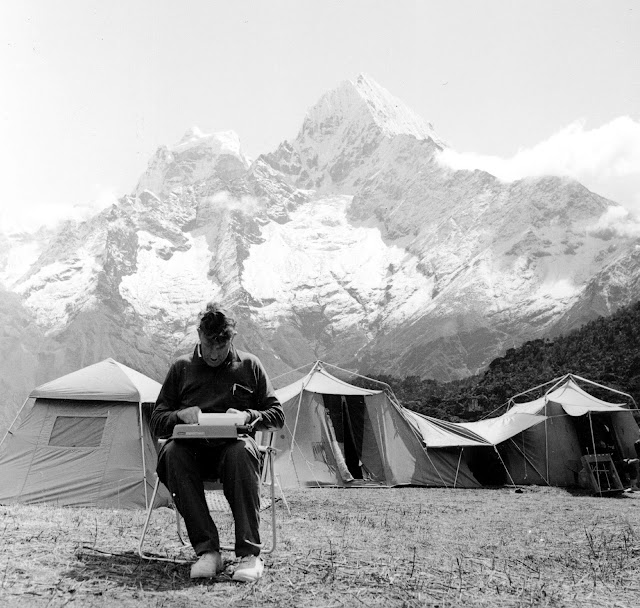 Another portable typewriter was taken into the Himalayas on the 1953 British expedition, the one which finally succeeded, with the conquering of Mount Everest by New Zealander Sir Edmund Hillary and Sherpa Tenzing Norgay. Hillary used the unidentified typewriter.
Bruce died in London on July 12, 1939, aged 73.

Hermes Rocket or Baby perhaps in that last photo? Kind of looks like the label you'd see on the back.

Fantastic! A post marrying two of my interests: typewriters and mountain climbing. I have been wanting to take a typewriter with me on my trip to Nepal in two weeks. Now I know that I should take a Remington Portable or perhaps a Hermes Baby (which is fortunate since I acquired one on Sunday). Surely a Swiss made typewriter would be suited for alpinism?

That wonder of modern civilization - the writing machine!